Does Spider-Man's webbing have a distinctive odour?

As mentioned by numerous contributors on Quora (not to forget his character in the MCU, the animated series etc. etc.), Spider-Man made his own webbing using a bunch of chemicals. Although I was not able to find the exact chemical list (that would obviously be impossible!), one of the component that I found was a form of imbibed ester that helped webbing dissolve after an hour.

Speaking about Esters, they do have a distinctive fruity smell. So could it be possible that Spider-Man's webbing too smelled "fruity"?

So does Spider-Man's webbing have actually an odour? I'm open to all forms of answers (comics, Animated series and even the movies)

It definitely has an odour, although I couldn't find anything on how it actually smells beyond "weird". The web fluid also goes rancid if unused for a while, and presumably smells foul as a result. 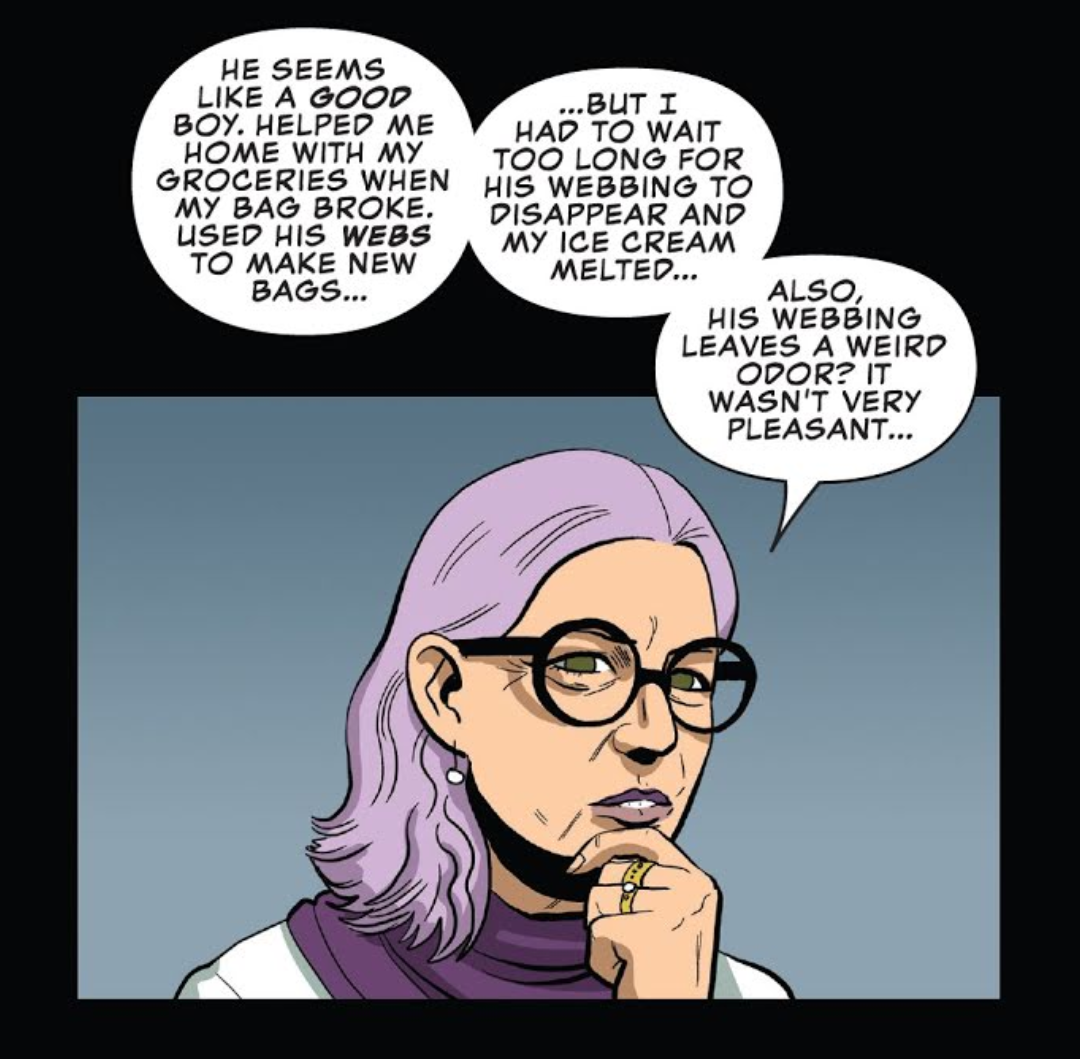 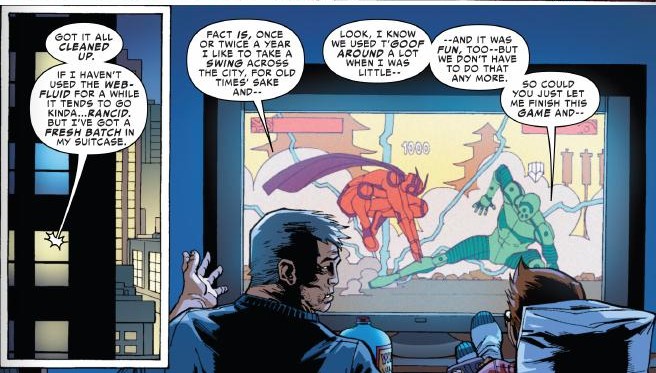 Credit to Valorum for finding an image of the relevant page from Amazing Spider-Man (see comments).

After quite some time, I did find an answer to my own question. In Marvel Knights : Spider-Man (2004) # 1, Peter tells Aunt May that he had to wipe his foot marks off the window and had to use a room freshener to get rid of the smell of his web fluids. 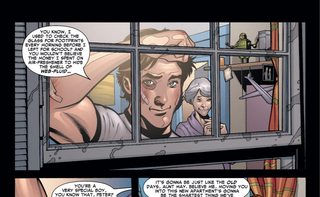 You know, I used to check the glass for footprints every morning before I left for school? And you wouldn't believe the money I spent on air-freshener to hide the smell of web fluids

indicating that the webbing had a distinctive smell and probably stank.

Not the answer you're looking for? Browse other questions tagged marvel marvel-cinematic-universe comics spider-man or ask your own question.