I found a show that looks somewhat (very) similar in style: It is called Kidd Video. I don't think it's the right show but it has a lot of very similar elements in world design if you can call it that.

I saw this at 1986~ on VHS. It was in English. It might be a "very" old anime? That is the general look I remember more or less but it also resembles 70's sci fi US animations so... (and it was English dubbed). 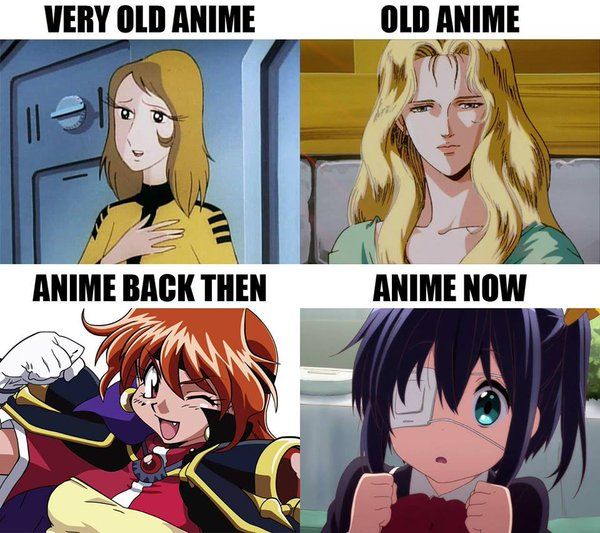 It was an animated show with somewhat anatomically proportionate human (I think white young adult) characters. In one episode (I think) a girl is feeding a plant with (maybe) meat balls until it grows out of control and becomes too dangerous. Then they somehow solve this.

I think this episode took place around their home or a restaurant. It looked very futuristic. The characters looked anatomically proportionate and the ambiance was not dismal or glum. It was like a happy sci-fi/fantasy ambiance. I guess you could say it was more of a futuristic fantasy vibe.

In another episode I remember a futuristic looking room with tiny flying discs or saucers and the characters needed to jump between them (or something).

I think there were at least three characters and at least one of the is a girl?

We had this on VHS.

It is possible that it doesn't take lace on Earth but if it does, it's in the future.

I would suggest this could be either an episode of The Space Sentinels shown on British TV in the late 1970s and early 80s or an episode of Battle of the Planets.

The space sentinels had a cast of three main characters. One was a girl and there was definetly an episode revolving around plants growing out of control. Memory does not allow me to be more detailed than that sadly.

The Battle of the planets episode sounds more likely to me though. It was a Japanese anime, original title being Gatchaman. Th episode with the plants is actually a two parter called Fierce Flowers (Attack of the Jigo Killers in the original Japanese). The plants are vaguely Venus fly trap shaped, one character is female and does own a restaurant although this is peripheral to the story. I will update this answer with links if I can find the relevant clips on YouTube

8
What 90s or early 2000s tv show has a leopard-like woman and a super strong man?
3
Medieval alternative London with abductions
9
Old book with Sci-Fi/Fantasy mix with four Irish relics (stone, cauldron, spear and sword)
8
Cartoon where the protagonist has a removable Jack-o'-Lantern for a head
4
Anime movie where a girl meets a butterfly/moth boy
8
Horror movie or TV show with slug aliens
16
Animated film/TV series where fantasy sorcery was defeated by appeals to mundane science