This applies to the original fairytale as well. There are tons of little boys at Pleasure Island/Toyland, but not one little girl.

However, with the Disney version, some theorize that bad girls DO go to the island, only they turn into those big black shadowy things that work for the Coachman. 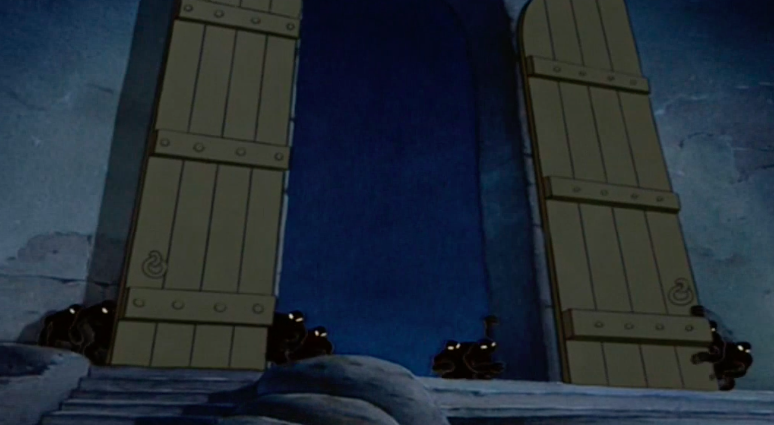 So DO bad little girls go to the island?

In addition to FuzzyBoots's answer, some other details about the original novel.

The adventure in the Land of Toys happens in chapters 30 to 33 of "Le avventure di Pinocchio". In these chapters, Carlo Collodi uses the word "ragazzi" all the time. As Nolimon said in the comment (and FuzzyBoots's reported in his answer), in Italian "ragazzi" may mean both "boys" or "children/kids", depending on the context.

Are they all (or mostly) boys? Possible hints

Other parts of the book explicitly mention boys and girls

In Chapter 10, Collodi explicitly says that the puppets in the Great Marionette Theatre are both male and female:

Those poor puppets, male and female, were all trembling like leaves

Later, when Pinocchio is turned into a donkey and works at a circus (Chapter 33),

The Circus terraces were swarming with little boys, little girls and [boys|kids] of all ages

On the contrary, Collodi never explicity says "boys and girls" in the Land of Toys, so we may speculate that they are all boys.

This is kinda weak (and may be viewed today as sexist), but another possible hint may be the games the children play in the Land of Toys (Chapter 31). Most of them look like "boy games" (at least for that era). E.g. nobody is playing with dolls. My wife adds that the overwhelming volume of the noise suggests they are (all or mostly) boys.

Illustrations included in a book are not necessarily canon, but the oldest ones were drawn and published when Carlo Collodi was still alive. In this illustration by Carlo Chiostri, the most clearly visible kids look like boys. Again, this is only the coach, it may not be representative of the full population of the Land of Toys.

The situation is ambiguous, at least for the novel, as whether it's just boys, or boys and girls, depends on the translation.

Children (depending upon the translation of the original Italian, the novel has included both boys and girls or only boys) are lured there by the Coachman with the promise of never having to go to school again and being able to spend their whole time having fun.

I'm afraid my Italian isn't good enough to try to figure out why the translation varies, but Nolimon explained in the comments

Italian uses the masculine form for groups of mixed gender. Unless the novel provides sufficient context, you can't determine whether ragazzi means boys or children.

In the PC/DVDROM adaptation of The Adventures of Pinocchio, a girl, Luminia, is partially transformed by the method in that film, which involves cursed water and a roller-coaster. The reason for only partial transformation of her and Candlewick is not provided.

As regards the Coachman's Minions, he refers to them as "blokes" in the film, which is generally a male term, and there's no indication of their origin or whether they might just be men in costumes. They do not appear in the original novel.

Not the answer you're looking for? Browse other questions tagged disney pinocchio or ask your own question.