Cartoon with an evil scientist/doctor

So all I can remember is that he was a cartoon villain who was super old, in a wheelchair, had a huge forehead, with purple glasses, and had a white lab coat on. I'm pretty sure he was a doctor or evil scientist. It was an older cartoon shown on Cartoon Network I think. I used to watch it as a kid so around 1998-2004.

The photo is a fan art I found that looks very similar to him. The one I am talking about is much more cartoon-like.

Is there a possibility you're conflating several characters together?

The character you posted a picture of is from an episode of the Mad Magazine cartoon, from a bit about Villain Hand Sanitizer.

The character you've described is also a pretty good description of Dr. Finkelstein from The Nightmare Before Christmas. 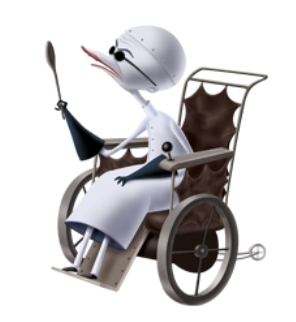 But he wasn't on Cartoon Network.

General Immortus, from the Teen Titans show, was on Cartoon Network 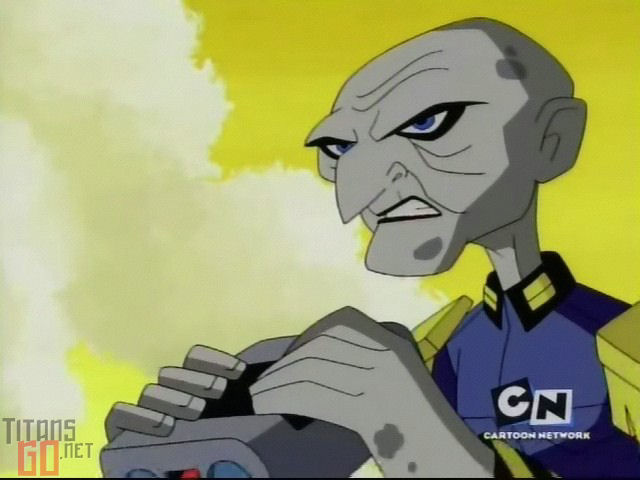 But didn't use a wheelchair - though Chief, leader of the Doom Patrol did.

To sum up, some more detail might help narrow things down a bit.

Biker Mice from Mars's Dr. Karbunkle is quite similar to the image you posted and fits some of the characteristics you list:

but there are a few differencies too: 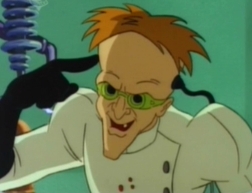