What happened to the other Jericho Missiles?

In Iron Man (2008) Tony Stark demonstrates the destructive power of the Jericho Missile. We clearly see three missiles on the rack, of which only one is fired. 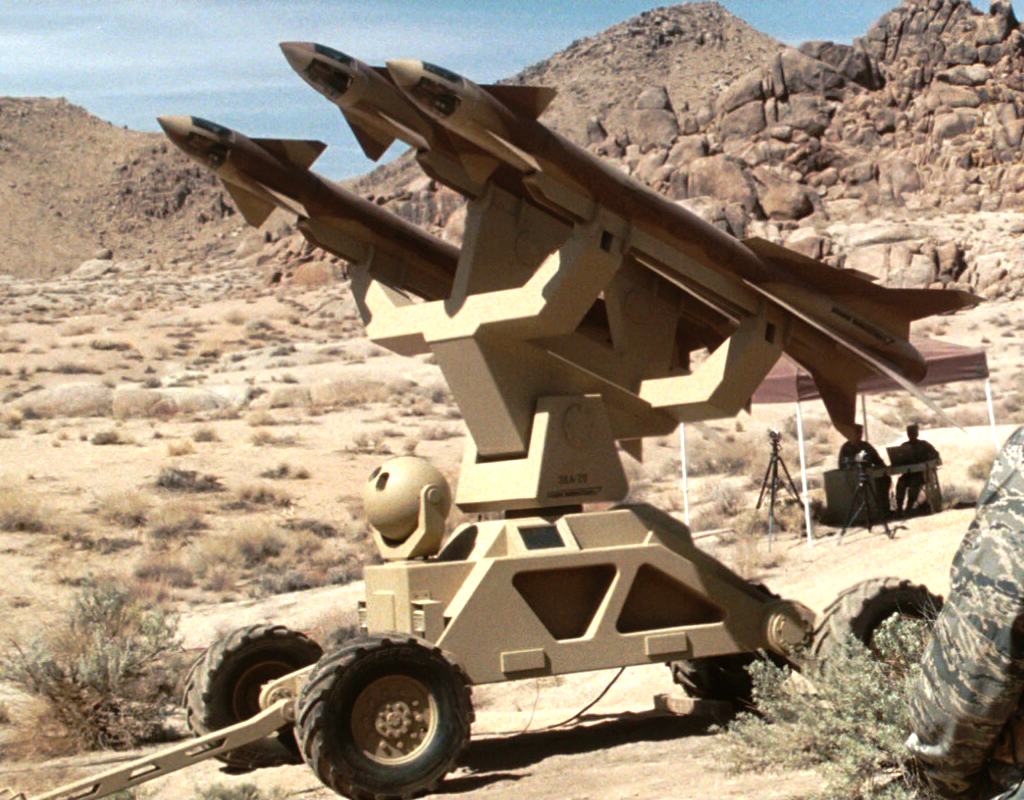 Why did they bring three, and what happened to the other two?

When we cut to the next scene we see Stark and his small armoured convoy (with no missile in tow) being driven back to the Bagram Air Force Base, presumably to catch the next flight out of the country. The missiles aren't with him and don't appear to have fallen into enemy hands when his convoy was ambushed.

According to the film's official novelisation, the missiles were being tested at a "test site" in the desert. I think we can safely assume that the other missiles were also tested in situ after Stark left+.

The next morning, they touched down in Bagram Air Force Base in Afghanistan. Once there, a convoy of Humvees took them from the base to a fortified test site in the desert. As Rhodey settled in among the generals and VIPs, Tony went to work. He walked up and down the makeshift stage, boasting the virtues of Stark Industries’s latest equipment.

+ Alternatives include their being sold to the US Army or returned to Stark Tech for further testing.

Bringing three missiles to the test makes sense, given that Stark wanted to showcase the missiles as an operable platform which could be purchased and deployed quickly.

The missiles are mounted on what seems to be a fairly standard launching platform, and demonstrate what a single deployed missile unit would be (or a part of one, at least). It also makes sense to have multiple missiles on-site in the event of one of the missiles failing the pre-demonstration tests (which were carried out off-screen).

As for what happened to them afterwards, I would assume they were returned to StarkTech in much the same manner as they had been delivered to the testing range, if they were not purchased by the military and diverted to a different theater.

The staging of a demonstration, especially in positions so close to the site of active hostilities, is a long and involved process. The material (weapons, support systems, technicians, etc) is moved in well ahead of the demonstration, and is broken down and returned home separate from the demonstrators as well. You didn't think Tony Stark's private jet was carrying military hardware, along with all the technicians and engineers who did the setup and firing, did you?

Not the answer you're looking for? Browse other questions tagged marvel marvel-cinematic-universe iron-man-2008 or ask your own question.

59
How does Stark Enterprises maintain its cashflow?
26
Why have Tony Stark killed?
8
When did other superheroes and the public find out Tony Stark was Iron Man?
14
What authority does Tony Stark have to claim back the shield of Captain America?
3
Why did Rhodes' back get broken?
4
Why would Obadiah sell the most sophisticated weapons of Stark Industries to the terrorists?
1
What happened to Iron Man's armor from Mark 51 to Mark 84?
7
How did Rhodey survive?
4
Why is the code to open Tony's workroom a three-digit number and does it have any meaning in or out of universe?
8
What was the extent of Howard Stark's involvement in the Manhattan Project?