How well known was the name "Castrovalva" in Britain in 1982?

When I (an American) first saw Peter Davison's first story as the Doctor, the name of the place where he is "supposed" to recuperate from his regeneration, "Castrovalva" just seemed to me to be another made-up science fiction name. Only recently, did I learn that it is the name of an actual Italian mountain village in the Abruzzi.

The real village is quite picturesque. 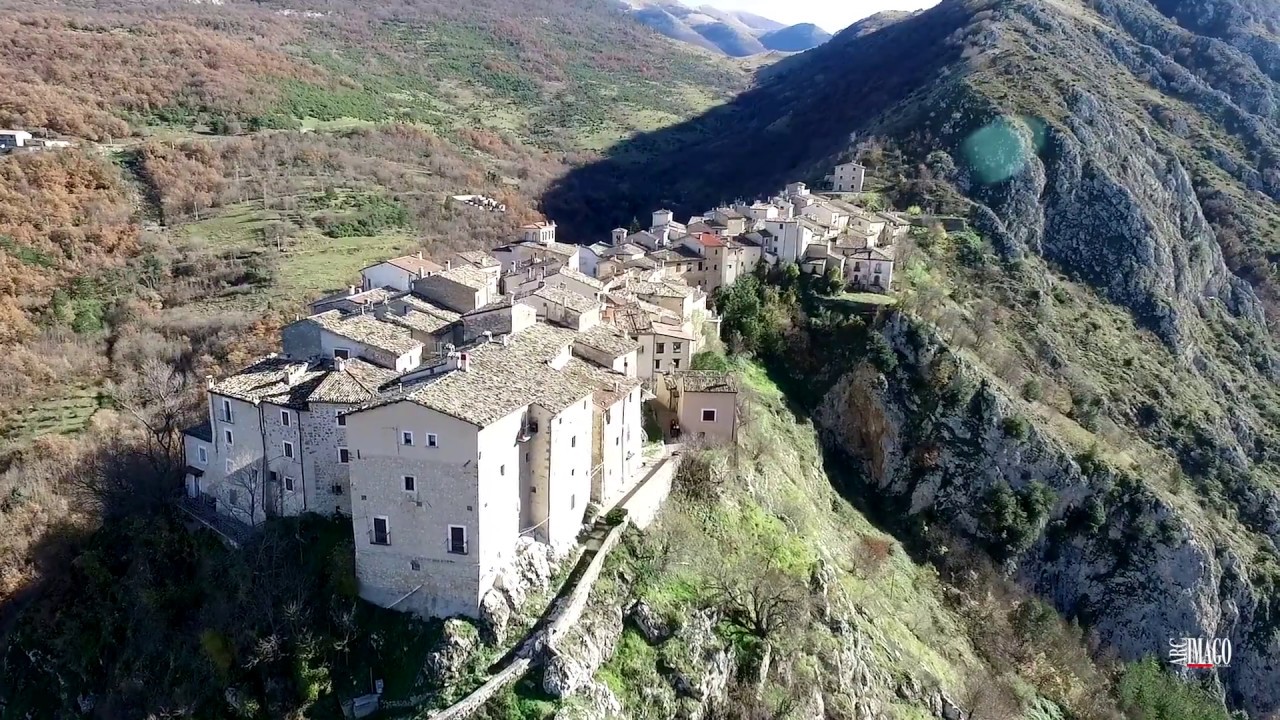 And M. C. Escher did a lithograph of it in 1930, while his style was still developing. 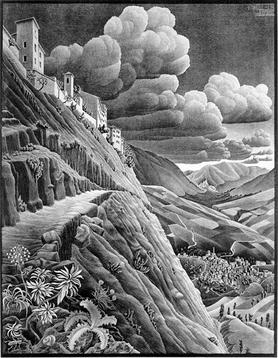 Thematically, the connection to Escher is important, since the Castrovalva of the story turns out to be a topologically distorted construct prepared by the Master in order to give the newly regenerated Doctor trouble. 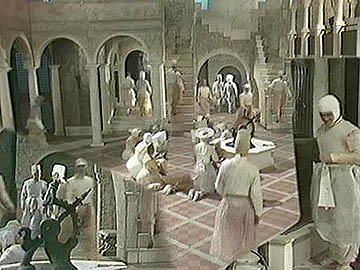 This storyline ties in with two of the major related themes of Escher's later work—impossible figures and recursion.

Was the name "Castrovalva" well enough known in Britain at the time the episode was made that a significant number of viewers would have caught the reference? Knowledge of the M. C. Escher connection would have foreshadowed things to come in the plot.

If the name were more commonly known, that would explain another minor problem with the plot, which confused me the very first time I saw the story. When Tegan gets the information about where the Doctor should recuperate from the TARDIS's (fake) documentation, there is nothing in the script that indicates that the "dwellings of simplicity" they are heading for should be a mountain settlement. If anything, the dialogue suggests that Castrovalva may be the name of a planet, not a village. (Nyssa says: "The data bank is certain it's the best place to recuperate. It's in Andromeda. A small planet of the Phylox series.") So when Tegan and Nyssa reach the rock upon which Castrovalva is built, Tegan's certainty that they have found the right spot seems to come entirely out of the blue. 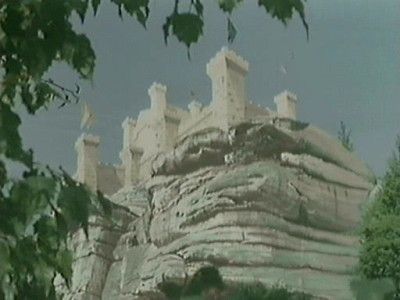 I assumed that this was either a product of poor writing, or some relevant details must have been cut from the final script. However, the whole sequence would make a lot more sense if some familiarity with the real Castrovalva was to be assumed.

How well known was the name "Castrovalva" in Britain in 1982?

I can't speak for everybody in the UK, but I'd have to say not widely known.

Putting aside anything I know now about the show, when I was a 7 year old British schoolboy watching Peter Davison's debut as The Doctor I had no idea that Castrovalva was a real Italian village; nor was I aware of the picture by Escher.

I watched the serial again some time around 1995 when it was shown in its entirety one night on satellite television station UK Gold. Again, as a man of 20 or thereabouts I still had no knowledge of the real Castrovalva, and like you I assumed it was just a great sci-fi name. It would be another year or two before I, and most of the UK, embraced the internet and could look into these things.

Certainly, there could have been a number of people who may have recognised the name and made the connection. Any student of art could have been aware of the work by Escher; likewise someone with a good knowledge of Italy could have known of the place. If either of these interests crossed over with a person being a Doctor Who fan then it would have been obvious. Beyond that crossover of interests though, I do not believe that the place was in the wider public consciousness. It does not seem to appear in any lists of "top places to visit in Italy". The fact that a Google search of "Castrovalva" returns an entire first page exclusively of references to the Doctor Who serial and no pages about the real place suggests that even today a 36 year old British sci-fi serial is more widely known and researched than the real place.

There are some possible reasons why someone who may have heard the name in passing might have still ignored it when watching the serial. The fact that Castrovalva contains the word "astro" within it certainly makes it sound like a made-up sci-fi place name. Also, Doctor Who writers had a tradition of using anagrams when creating names of races and planets, another possible reason why some might have shaken off any feelings of familiarity invoked by the name.

I am Italian and I own a house in Castrovalva. I know the place very well and I can guarantee to you that the majority of Italians do not know Castrovalva as a village... Imagine how few British people ever knew it! It is actually a very small and charming place in Central Italy and I always guessed that the connection with the Doctor Who series was due to the Escher litograph (which is slightly more known than the village itself...), but of course I have no elements to prove that it came from Escher.

Martin Gardner introduced the mathematical art of M. C. Escher to mathematically-minded people in his Scientific American column "Mathematical Games" in 1966. The art book "The World of M. C. Escher", which contained many non-mathematical prints including Castrovalva, was published in 1971. The book "Goedel, Escher, Bach" came out in 1979 and was very popular among scientists, particularly mathematicians and computer scientists, and sparked another wave of interest in Escher. I think I got my copy of "The World of M. C. Escher" around that time. By 1982, there would have been a lot of scientifically-minded people all around Europe and North America who knew about Escher and Castrovalva.