Is Enfys Nest's name meant to be a pun?

In Solo: A Star Wars Story fans are introduced to a new character named Enfys Nest, a leader of a rebelling pirate group called, the Cloud Riders. 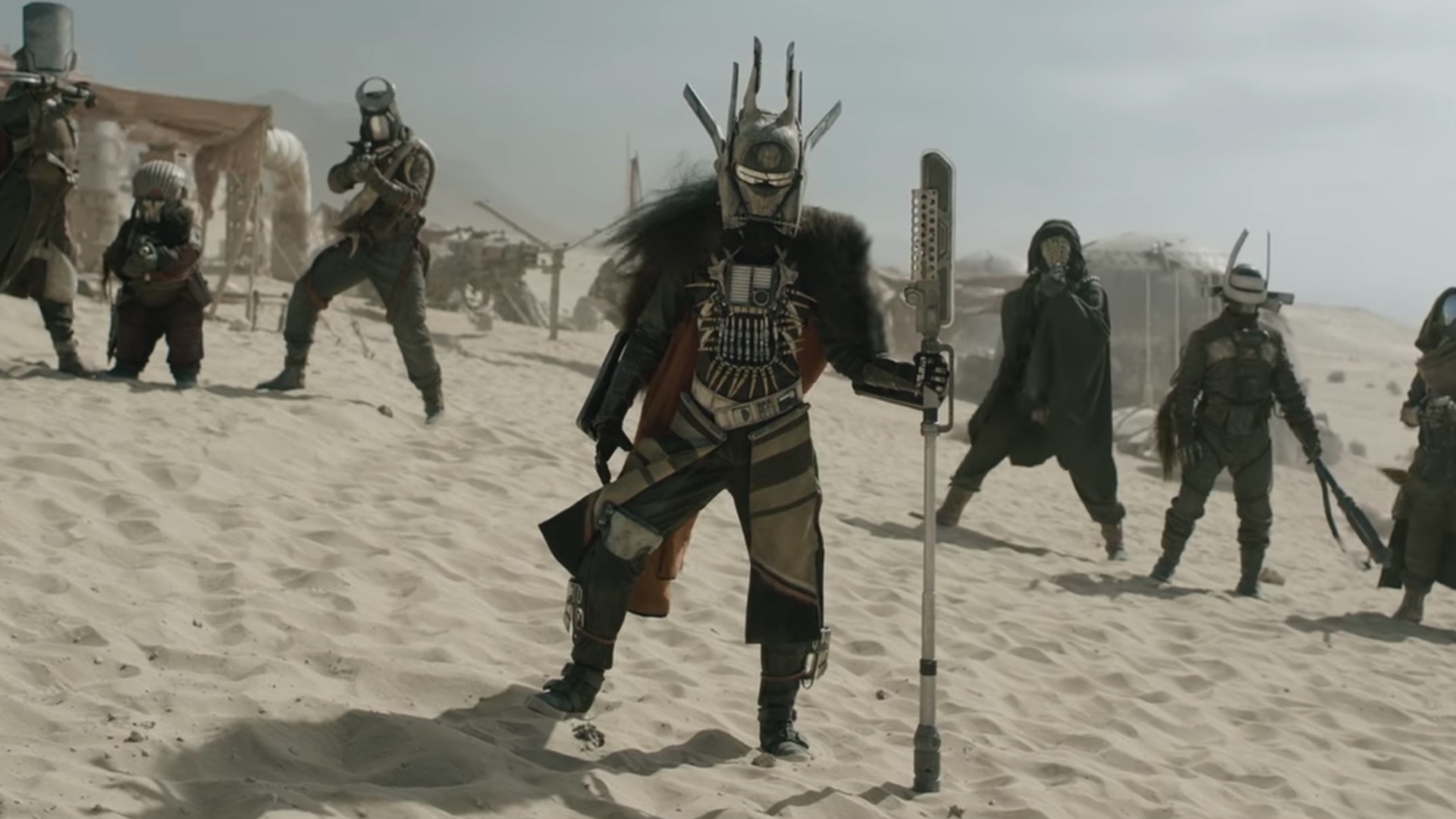 Later in the film it is revealed that Enfys

is a female character!

I have read that the character's aesthetic was a combination of Native American and Samurai, but I was curious about the name, as it sounds/spelled a lot like "Empty Nest", which is term often used referring to when children leave their parents (such as going off to college)...

Anyways, I was wondering if the character's name Enfys Nest is an intentional pun on "empty nest" or is it at all referring to something else?

My interest is in a thematic reference to 'Solo' and/or the Star Wars franchise as a whole.

Authors like to use themes to create a sense of unity or cohesiveness within their work. Some extend themes to the names of characters, often beyond the similarities that would be expected for characters from the same culture or who all speak the same language. When the author does this, you have Theme Naming. For instance, all the female characters will have names of flowers or plants (occasionally the male characters will get Gender Blender Names); all the names start with the same letter or syllable, groups of characters are named after groups of gods, demigods, or mythical heroes. As the list of subtropes demonstrates, there are a lot of possible themes (and that's not all of them, either).

Sometimes characters are named in ways that either play into larger themes of a work and/or may give a tell about either the character themselves or the situations they and/or others are in or will become in...

For instance, Darth Vader's name is a tell and a theme, as there is a reveal that he is Luke's and Leia's biological father. Vader is German for "Father", but the word doesn't mean much until one gets to the end of Episode V, but the theme of parentage and/or different kinds of child and parent relationships, blood relative or figurative have become apart of many parts of Star Wars since this first reveal.

So back to the name Enfys Nest and the phrase Empty Nest. I'm not in anyway suggesting the character is a biological parent, given the characters young age.

What I am wondering about is the concept of empty nest more generally leans towards reminding viewers of "child and parent relationships" in Star Wars.

As mentioned, the character leads a band of pirates called Cloud-Riders. Cloud-Riders is evocative of the name Skywalker. The Skywalkers in the Saga films are characters that tend to leave home and/or their parental figures behind, which is not unlike what Han and Qi'ra try to do at the beginning of Solo.

That's not to say that one may not be able to apply empty nest to Enfys Nest, given that this character might come off as a figurative parental figure, being a strong leader of this gang, and later, a reveal that this gang of pirates are not what they seem, as they are

freedom fighters, who are fighting against the Empire, because of the Crime Lords persecution of inhabitants and planets with resources, loosing family. ie: empty nests = loss or change of family and the purpose of using this as a more direct theme in Solo is about: the family you choose.

However, the possibly of applying the phrase to Enfys name may not have come to fruition yet, given that this was *suppose to be a trilogy and now it's unclear if there will future Solo films going forward. Many people speculate that she could be another known character's daughter, leading to an irony with the "empty" part, just as "Vader" is ironic in the sense that he wasn't figuratively a [good] father. To further this parallel or juxtaposition, the character mentions a great deal about their mother, but not their father...

Probably not. But there may be some deliberate ambiguity as to her gender, as the name Enfys (name of Welsh origin meaning “rainbow”) can be used for both boys and girls.

Her name is actually Enfys Nest (pronounced "Enfis" as noted by @PatrickWynne) and she is only 18 in Solo, barely old enough to have kids (of which there is no evidence) let enough suffer from Empty Nest Syndrome.

(the original version of the question omitted the "s", calling her "Enfy" thereby leading to some confusion)

We've cleared up the meaning of Enfys, rainbow, meanwhile nobody seems to have mentioned the name Nest. Nest is also a Welsh girl's name. There's a well known Nest, Nest ferch Rhys, in Welsh history, her story is well worth a look.

The idea that the name invokes the parent - child relationship theme in the films is probably not as relevant, I'm sure there are other ideas that the name Enfys Nest brings to the character and the film.

Not the answer you're looking for? Browse other questions tagged star-wars names solo-a-star-wars-story trope or ask your own question.

6
Did Isaac Asimov give two or more unrelated characters the same name component in any of his science fiction stories?
6
Besides Leia Organa-Solo, are there other example of married names?
5
What does Father Ballo's name mean in the spell-tongue?
13
How did Enfys Nest and the Cloud-Riders get from planet to planet?
8
Was Lando referring to this event on Cloud City?
5
Is Enfys Nest affiliated with anyone?
3
Who is the earliest named character to live in Disney Star Wars canon?
24
Have the Wachowskis explained what significance they intended for the character name "Trinity"?
3
What was Chewie's last name? Does he even have one?