I remember a book from my childhood (i.e. probably at least 20-30 years old) that was an encyclopedia of imagined near-future spacecraft. It was written as if those craft existed.

This wasn't a work of prose, it was a hardback book in the style of an encyclopedia with lots of illustrations. It could almost be described as a simplistic technical manual of the craft and tools.

It describes spacecraft as they might have been had the Apollo project continued - craft for landing on the moon and starting to build space habitats there.

Can anyone help me identify this please?

This sounds like The Space Traveller's Handbook: Every Man's Comprehensive Manual To Space flight by Michael Freeman.

Upholding the great tradition of earthly travel guides, the space traveller's handbook is an indispensable companion for visitors to take to any part of the Solar System, whether tourist, hard hat construction worker or space colonist. Written from the perspective of 100 years after the first manned orbit it gives an all-embracing view of space flight, covering not only the sights of the Solar System, but also the practical mechanics of rocketry and the training necessary for travelers 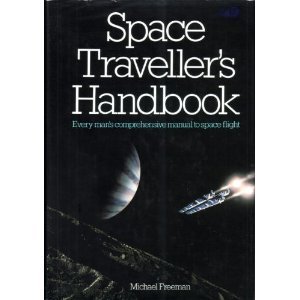 Another one in a similar vein is Spacecraft 2000 to 2100 AD published by the "Terran Defence Authority".

The Terran Defense Authority Commander provides information on the design, development, operation, and technical specifications of military, civilian, commercial, and special function spacecraft in use during the twenty-first century

However, one of the reviews mentions that there were also short stories in this book.

Another excellent book from the TTA Handbook Series. I remember this title as part of a series of hardback editions from the late 1970s and early 1980s. The marriage of the images/colour plates of Spacecraft 2000-2100, A.D. with various short stories, which were tailored around them, was very enthralling and highly imaginative. 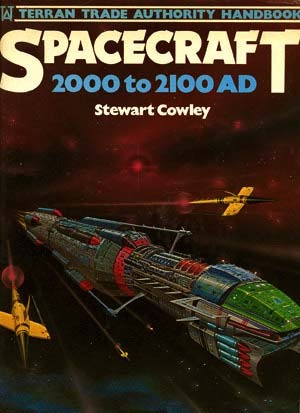 4
Novel scifi/detective series, near future, near space
3
Novel identification about a near future war between the west and Japan
33
Old science fiction novel about a man of the near future awakening from suspended animation to find himself in a technophobic theocracy
9
Encyclopedia of aliens
4
Comic book set in near-future about boxers wearing gloves to enhance their strength
8
90s biopunk novel about near future genetic engineering