I am looking for a book about time travel.

The three of them land in an jungle of sorts, also the youngsters are instantly not angry anymore. The person explains he is an accidental time traveler, and that after a while in a time period people get angry at him for no reason, he is then compelled to find a certain mirror and when he touches it he then travels to another time. And because they touched him they also traveled in time. Then they all go to sleep to start a fresh the next day to find a way home/where the mirror is this time.

The next morning they find out the jungle they are in is actually an oasis in the middle of a big desert. Apparently the traveler knows about this phenomenon, it is crucial they collect as much water as possible because the oasis will be disappearing soon. They do so and go on their way...

They find out they are in ancient Egypt...

The boy finds work as a blacksmith's apprentice...

The original accidental time traveler finds out there is an actual time traveler and he explains why people get angry (time doesn't like it when it is meddled with). He is some kind of archaeologist from the far future and that's how the mirror works: First touch activates it, then wait till the colors(?) of the mirror settle down. Then you can select your destination. If you don't wait for the colors to settle the mirror can transport you anywhere, which is what kept happening to him.

The group of 3 all travel back to their own time.

The boy who worked for a few months(?) as a blacksmith apprentice shows up at his mother's house, to her he has only been gone a few hours. She doesn't recognize him at first because he's built muscles and was under coal stains etc.

I also remember (I think) that the future archaeologist doesn't want to help them at first. But I am not sure of that.

That is all I remember, I read the story probably in a book from my local library, somewhere between 1996 - 2010. But I have no clue what the original publication date is.

I found the book(s)!

It was a dutch book serie called: "De zwarte spiegel" (the black mirror): 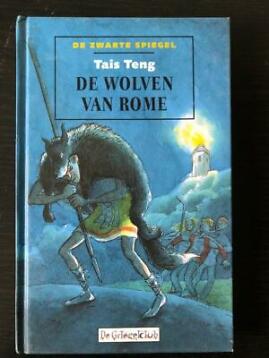 The first book is called "De wolven van Rome" (The wolves of rome). In this book the 2 main characters (Mark and Wendy) follow a person into the mirror going from modern times to ancient Rome during the reign of Nero.

They have their adventure there with the other person, who in the course of the story turns into a werewolf. 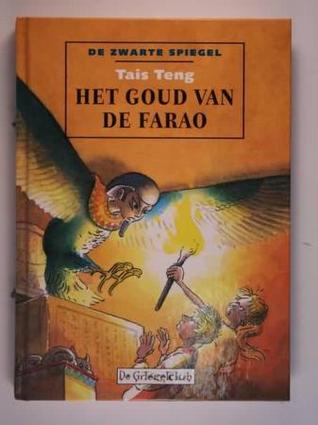 In this book they use the mirror to go from ancient rome to ancient egypt. They take shelter from graverobbers/ancient curses/magic in a nearby village. An inspector at that village is a time agent/archaeologist who is resistant, but eventually helps them back to their own times.

5
Book where boy/girl teleport/time travel with device that uses mobius strip
11
Story About Boy Finding Out His Relative Time Travels
5
Young adult book about a girl pulled through a mirror by her soulmate
5
Teen book about time travel
10
Time Travel Book featuring dinosaurs, cave people, and children
13
Time traveler asks archaeologist for help in transporting a girl from dinosaur Earth to present day
3
YA/childrens book I read in the mid-late 90s, about videogames & crocodiles?
15
Book series about a boy who becomes a wizard's apprentice and can see magical auras