Is the “Eggscellent Knight” in Regular Show actually Rick Sanchez from Rick and Morty in disguise?

Is the "Eggscellent Knight" in the Regular Show actually Rick Sanchez from Rick and Morty in disguise? 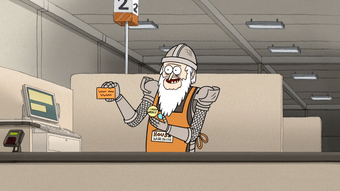 Because in the Regular show he acts very blasé when stuff like in the episode "Garage Door" happens; he pretended like he didn't care about all the "trials" just to get a garage door.

Whilst I don't know the answer for sure there seems to be very little connection between the shows beyond similar generic tropes and art style. The similar art style has even been mentioned by Justin Roiland, co-creator of Rick and Morty.

Were there other shows you looked to model this after?

Harmon: No, I didn’t come to the table a huge animation buff.

Roiland: In terms of visiual look, no. People are gonna say that it’s got similarities to Regular Show, but that’s just my style, J.G. [Quintel]’s style and even like Penn Ward. You’ll notice mouths are kind of similar and teeth are similar, but I think that’s also a stylistic thing that… all of us are kind of the same age, and we’re all inspired by The Simpsons and all these other shows we’re kind of subconsciously tapping into.

In fact when looking for connections between the shows the only thing I can really find is that Rick and Morty is an Adult Swim show which is a part of Cartoon Network which makes the Regular Show. There doesn't even appear to be any directors or writers in common between the two.

Rick and Morty first aired on December 2, 2013 and the Eggscellent Knight first appeared in the episode "Eggscellent" which first aired on February 27, 2012. Therefore, it seems highly unlikely he has a connection to Rick.

It is most likely that the Eggscellent Knight is just a reference to the Grail Knight from Indiana Jones and the Last Crusade as also mentioned on the Regular Show wikia.

The Eggscellent Knight is based on the Grail Knight from the film Indiana Jones and the Last Crusade. Aside from physical resemblance, they both guard a room of similar-looking objects (goblets in the original, hats in "Eggscellent") that visitors must choose from; those who "choose poorly" are met with death. Jonathan Kimble's fate echoes that of Walter Donovan, the primary villain of Last Crusade.

Compare the rooms and knights in the following images. 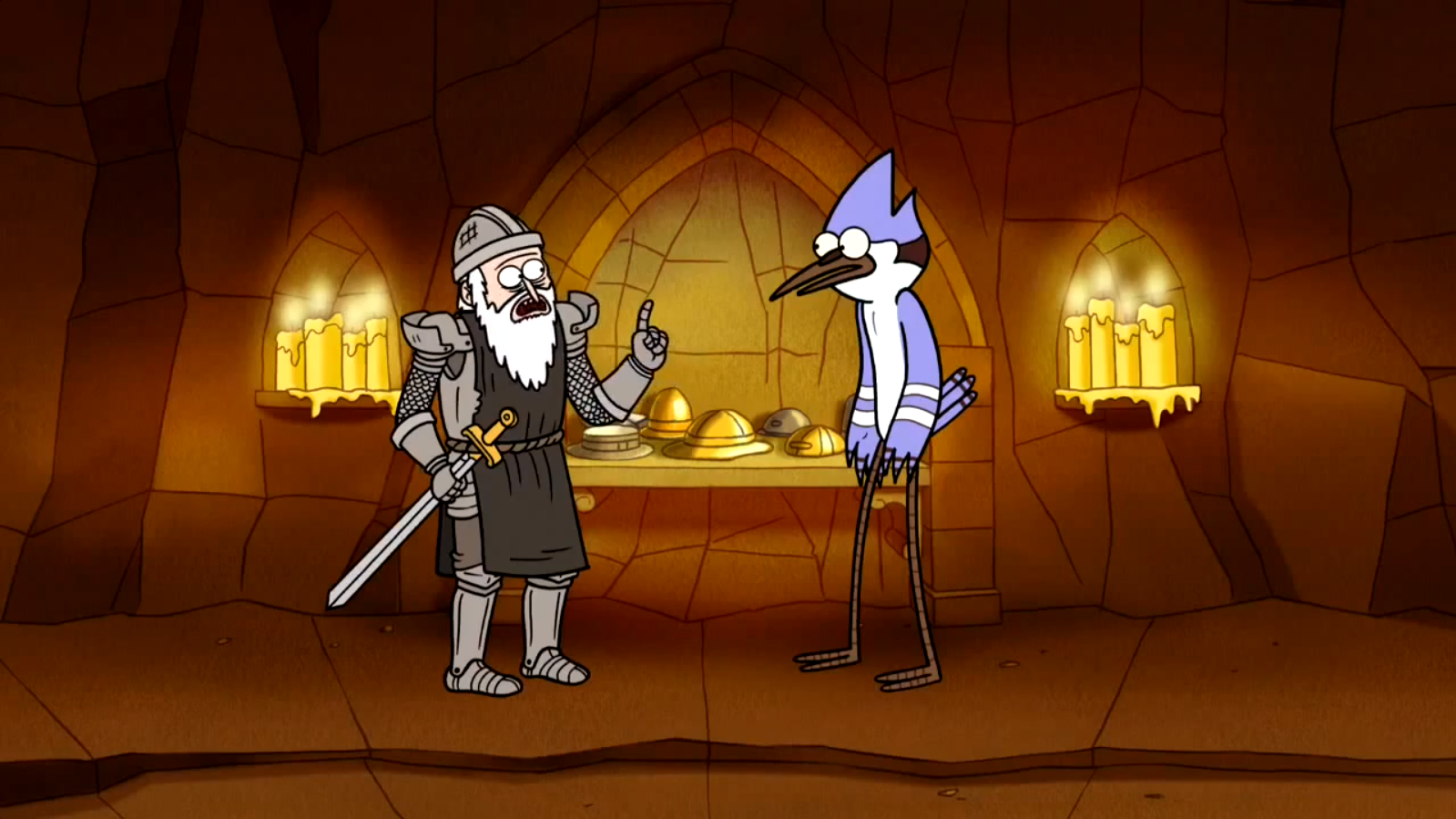 u/Drew_Ferran on reddit thinks they found Rick in the Regular Show from the episode "Party Pete" and it's a closer resemblance than the Eggscellent Knight but in my opinion even less probable with "Party Pete" having first aired on February 21, 2011. 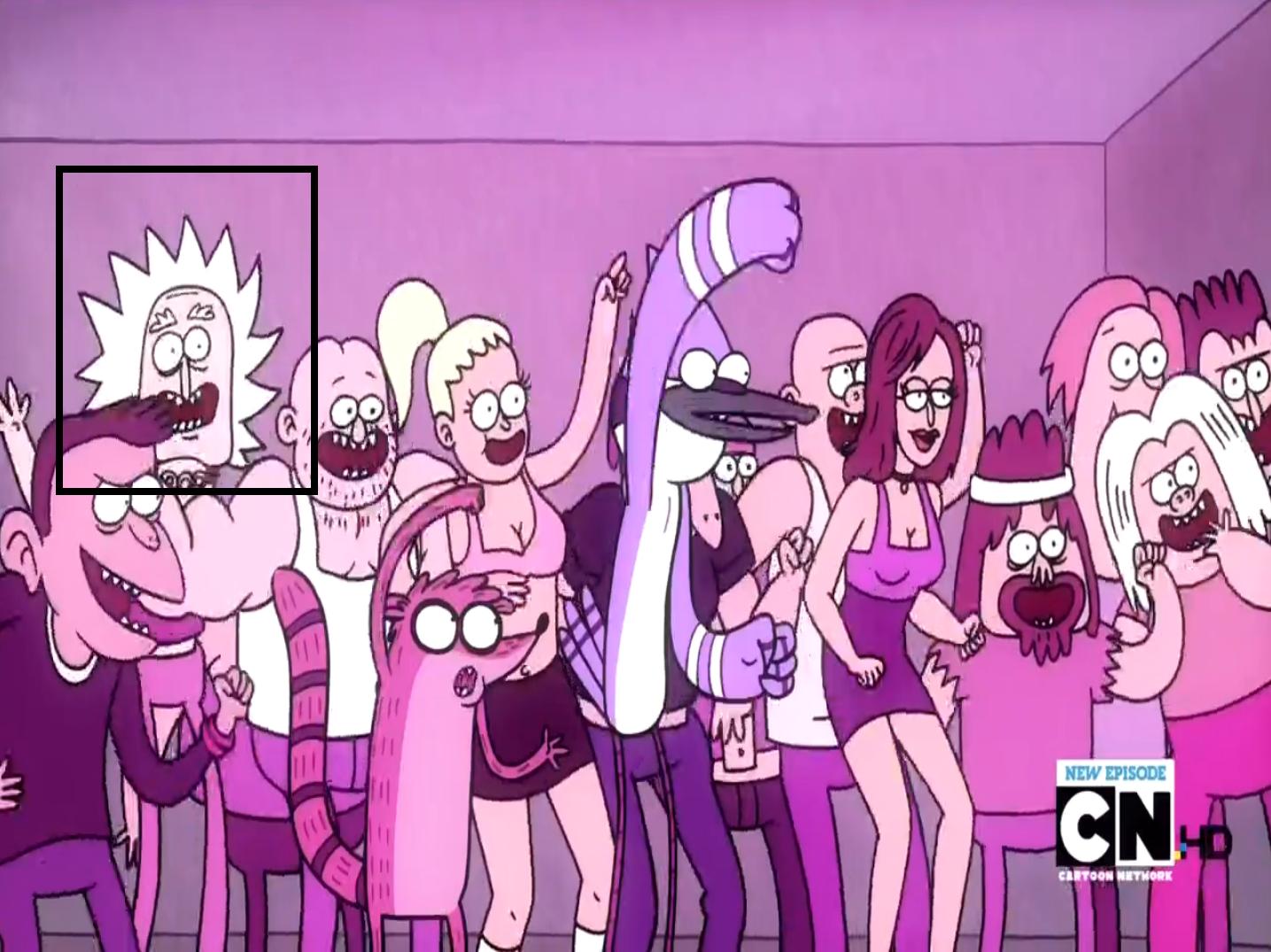 Not the answer you're looking for? Browse other questions tagged rick-and-morty regular-show or ask your own question.

22
Why do the characters in Rick and Morty have asterisk-shaped pupils (*)?
7
Rick & Morty: What's the difference between 'dimension', 'timeline', and 'reality'?
4
Why do the Cromulons look like Rick?
4
Could the miniverse in the microverse recharge Rick's battery after all?
3
Rick and Morty: Why doesn't the solar system explode in S3E4?
8
Which is dimension C-137 in Rick and Morty?
8
Which scenes from the title sequences of Rick and Morty are from actual episodes?
10
What did the reference to Hemingway mean?
11
Why couldn't Rick just use a micro sun to power his car?