Why do these communicators from Star Trek differ?

In the picture below, the communicator's buttons and pattern in the center differ from each other. Was there any direct intent to make them look different from although still similar to each other? I understand it could be random but if so then why keep the middle button the same? Remember, they didn't have cell phones then.

A Starfleet and realistic answer would be acceptable. 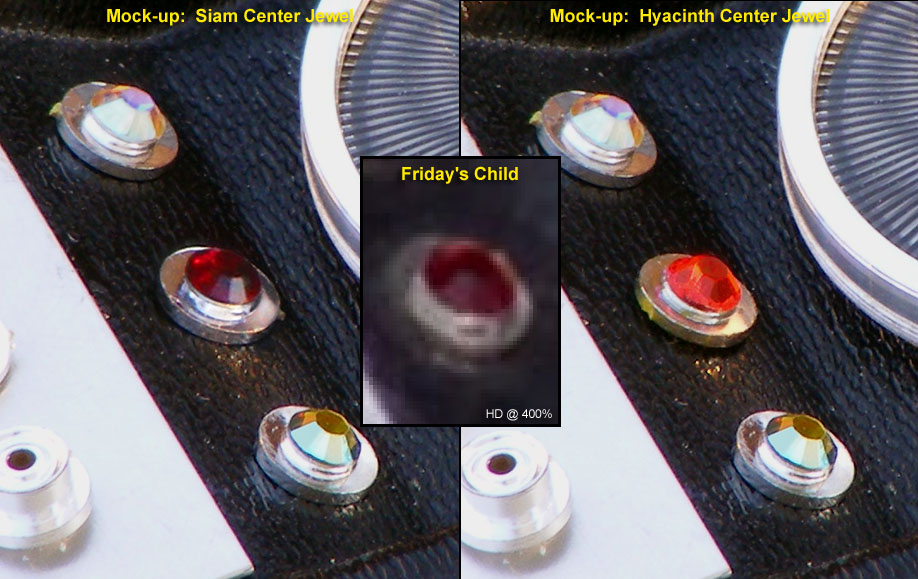 This was addressed in an article on TrekCore. In short, props were often made for the show to order, based on the needs to the episode and the availability of the various components. Some of the parts were made on demand (the shell, for example was cast from a small pencil box in black plastic) and seem to be common to all communicators whereas other pieces were purchased in bulk (in sets) with the prop designer seemingly just inserting whichever pieces were to hand.

Kydex Shells – at the time a new plastic, it is semi-gloss black with a light pitted “haircell” texture.
Aluminum Midplate – 1/16 sheet aluminum.
Control Panel – a very thin aluminum, some actually cut a bit too long to sit flat on the shell.
Control Knobs – Aurora “Vibrator” and “Thunderjet” slot car wheel hubs.
Mic Grill – a piece of the speaker grill from a Coronet-Windsor transistor radio.
Jewels – Swarovski rhinestones atop the same Aurora slot car wheel hubs, but inverted.
Moiré Pattern – cut from the Edmund Scientific “The Science of Moiré Patterns” book and kit.
Bezel Ring – a short, machined length of 1-1/4” aluminum pipe.
Velcro – also at the time a relatively new material, glued on the back.

The props themselves were made very quickly and to different specifications (hero vs. dummy) depending on whether the need to be seen in close-up or activate. Dummies wouldn't have a moving Moiré pattern, nor would they need to open or close with a flip.

According to the records Wah himself kept, he was paid for providing to Desilu a total of ten new black-bodied communicators; two "heroes" with a stop watch-driven spinning effect intended for close-ups, and eight static "dummies" for normal work-a-day filming and rugged action.

The Moiré patterns are different for each communicator because they appear to be taken from the sample set of patterns provided in The Science of Moiré Patterns by Gerald Oster, from Edmund Scientific. Each book came with 18 circular cards, each with a different Moiré pattern. Prop designer Wah Ming Chang appears to have used some of these cards for the communicators as well as cutting up the advertisements at the rear and the book cover itself. 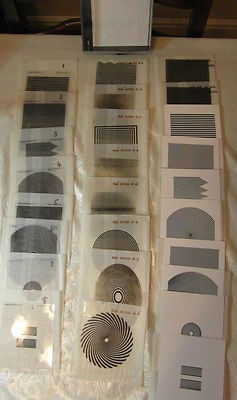 Those appears to be a natural result of Moiré patterns, which occur when you have overlapping repeating patterns.

Although I believe the prop may be based two sets of wavy lines, or something similar, this demonstration at Wolfram Alpha gives a flavor of how a relatively simple setup can appear many ways. 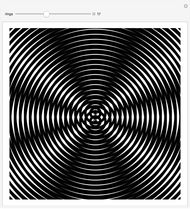 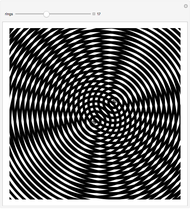 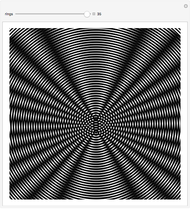 In short, it's not clear to me that the setup really is different in different props, but if it is, it's probably just different patterns used.

Not the answer you're looking for? Browse other questions tagged star-trek production props design or ask your own question.

54
Why does Star Trek use Celsius (SI system), not Fahrenheit (the imperial system)?
11
Are these two women existing Star Trek characters?
5
Aside from the Bridge set pieces, which Star Trek TOS structural interior set piece garnered the most onscreen time?
2
Is there any evidence that 40k lifted these races from Star Trek?
28
In Star Trek, which planet was 'forcibly relocated' twice by the scriptwriters?
8
M5 and Beta 5 computers in Star Trek TOS; who designed the props and what inspired the circular computer screens?
22
Why do the new Star Trek series have so few episodes in each season?
15
Sulu's targeting scanner - the Star Trek original series prop