What does the circular symbol mean that is worn by many men of the House of El?

If you look at images of members of the House of El (Jor-El, Zor-El, Zim-El), they all seem to have a circular symbol on their chest instead of the S symbol. Is this the symbol for Krypton or did they change their family crest?

I thought that they all traditionally wore the House of El crest on their clothes, but I can't see on any of the them wearing the S (in the old comics) apart from Kara and Clark. 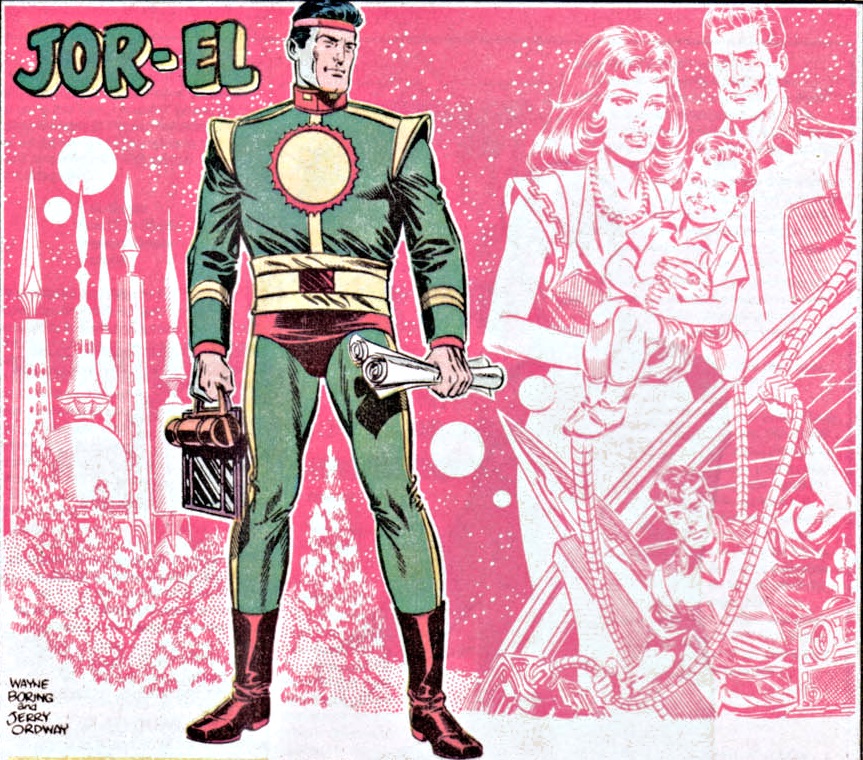 Originally, Superman's "S" symbol wasn't meant to be Kryptonian and was just "S for Superman". I don't know exactly when it became Kryptonian in the comics, but it wasn't in John Byrne's revamp from 1986, in which the emblem is an original design by Clark and Jonathan Kent. I believe that the idea of the "S" symbol being Kryptonian originated in the 1978 movie, where Marlon Brando's wore it on his chest.

I believe that the original chest symbols of Jor-El and Zim-El (see image below) are sunbursts meant to represent the red sun of Krypton. This was probably simplified to a circle when Zor-El was later introduced. 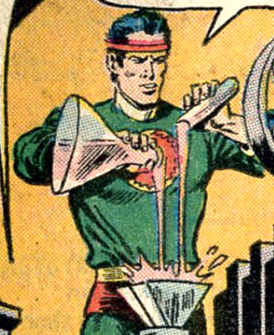 It is probably impossible to tell if this symbol was originally intended to be a family crest or was just a random decorative symbol, but in this cover from 1967, neither of Jor-Els sons in the "Earth-200" alternate universe, Kal-El and Knor-El, wear any chest symbols, making it unlikely that it (at this time) was perceived as a family crest. 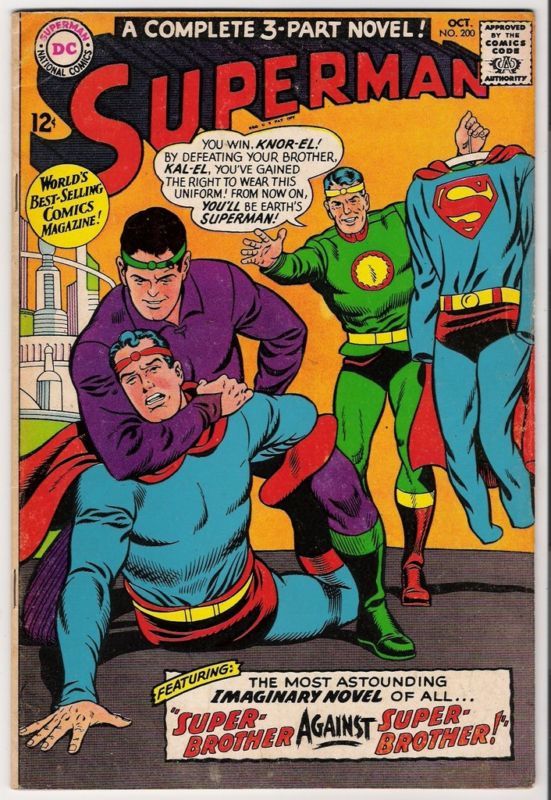 In early appearances, there was not a lot of consistency about what exactly the symbol on Jor-El's chest looked like. Most commonly, it seems to be a sun-like image (often with a jagged red rim), but a ringed planet inside a yellow circle was also frequent. 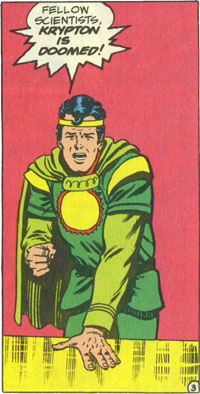 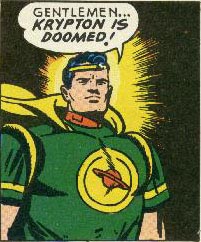 This kind of imagery seems to be used mostly to remind us that Jor-El is from outer space.

Originally, Jor-El had no image at all on his chest. Here are his earliest appearances, from 1939 Superman newspaper strips. 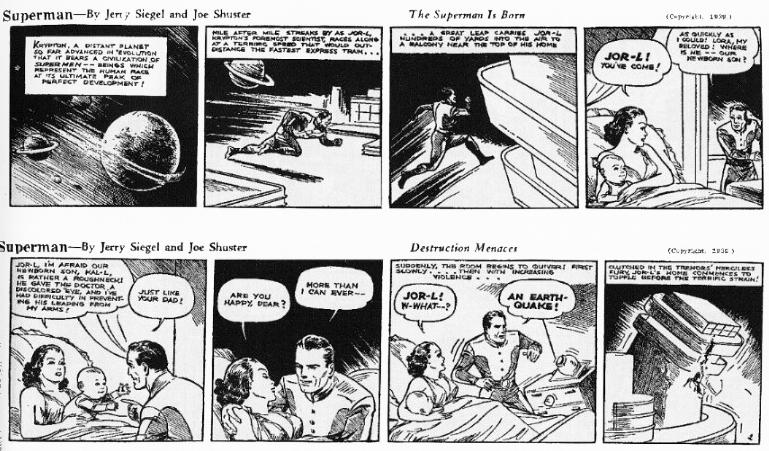 The earliest representation I am aware of that has him with something in the center of his chest is this Sunday newspaper strip, where it's just a yellow ring. 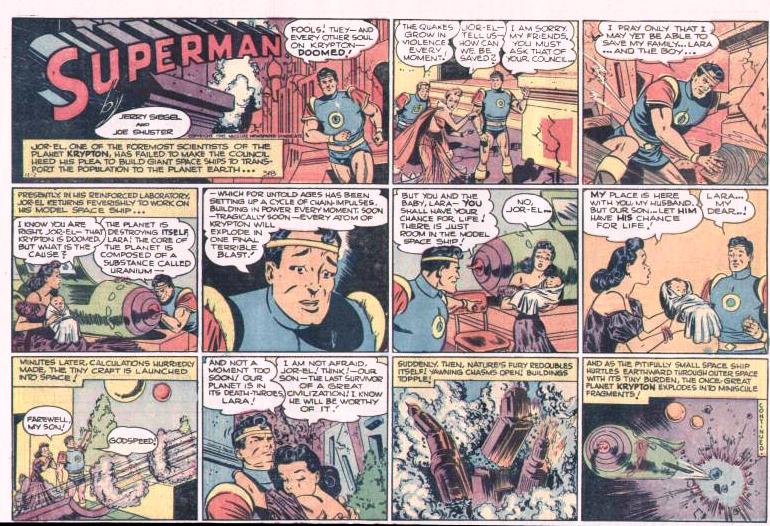 And using Google image searches, you can turn up examples of Jor-El with other chest icons as well, such as a plain yellow triangle.

The idea of having Jor-El wear the S crest originated with the 1978 Superman movie. 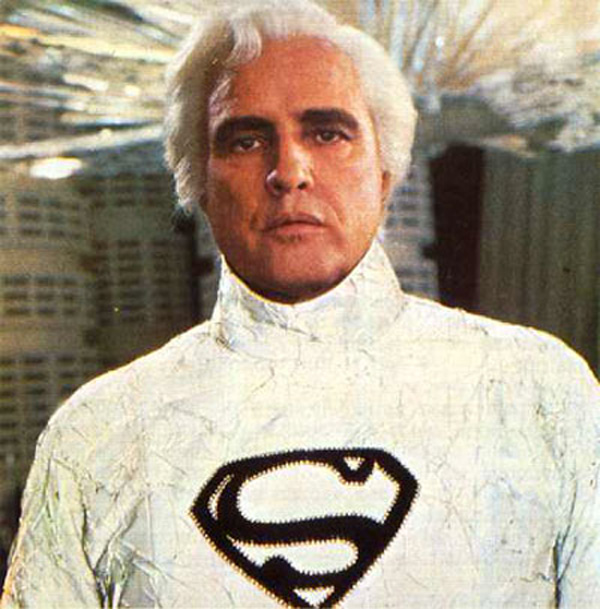 However, the idea that Kryptonians (or at least the males) typically wore clothing with chest symbols is quite a bit older. This is apparent in the full page image of the, "Gentlemen... Krypton is doomed!" frame above. 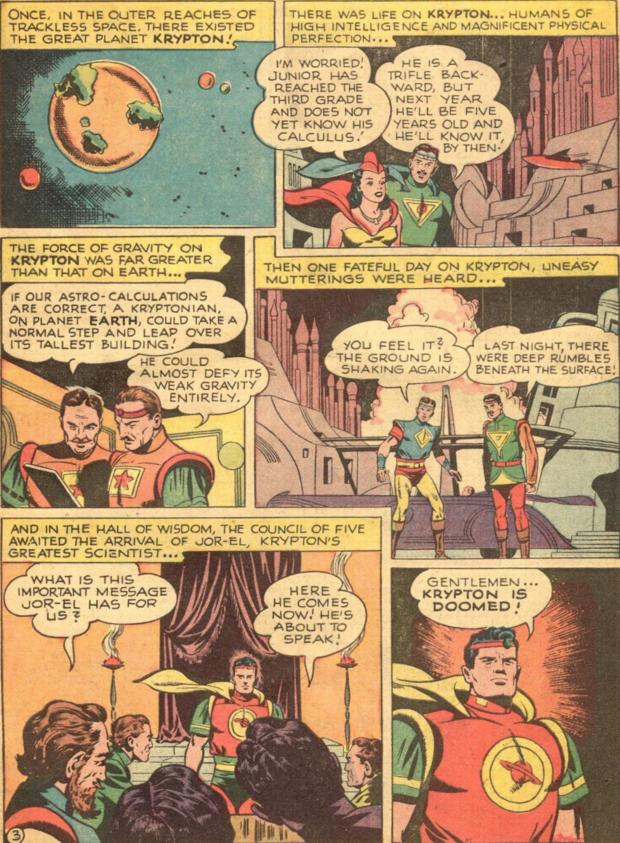 Ultimately, it seems that the visual reason for placing some kind of icon in the center of the chest may have simply been mostly to make Jor-El's appearance more closely mirror that of Superman. Since a lot of superhero characters have symbols in the centers of their chests (largely following Superman's example), it makes Jor-El look "superhero-like" to also have a sigil there.

According to a DC Comics editor, it's Krypton's sun.

A comment under another question includes this clipping from a 1970 Superman comic:

(Source: Why did Marlon Brando want the “S” to be the symbol of the “House of El”?)

In the clipping, someone asks the editor:

In Superman comics, when you show Kandor or Krypton, the men wear emblems on their costumes. What do these emblems mean?

Not the answer you're looking for? Browse other questions tagged dc superman symbols or ask your own question.

6
Why did Superman & Supergirl start to suffocate instantly when Luthor made our yellow Sun red?
17
Why aren’t the Kryptonians powerless in their biosuits in Man of Steel?
16
Why did Marlon Brando want the “S” to be the symbol of the “House of El”?
12
What is this symbol in The Legend of Zelda: Wind Waker?
5
What does Superman's black symbol mean in “Kingdom Come”?
18
Change of Fremen mourning color in Dune series
9
Why doesn't Superman make his own Flashpoint paradox to save Krypton?