It was a sci-fi book with a red and orange cover on the hardcover edition. I'm pretty sure the author was male but wasn't by Bradbury or Asimov or anyone like that. I think it was published in the 21st century, and it's definitely at least 5 years old (so not new). I think it was part of a trilogy.

It was really weird; the tattoo started on one character (I'm thinking it was a female character, but I really don't know) but then became sentient and lived its own merry little life, and I think ended up screwing at least one of the female characters?

Could this be Mir, by Alexander Besher?

It is the second of a trilogy (the first being Rim, the third being Chi), so it could possibly be one of the others, but I think this one meets your memories the closest.

This cover at least is red/orange: 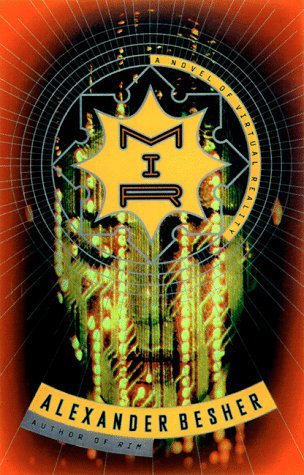 The plot is a sci-fi cyberpunk story that features sentient, programmed tattoos. These can be passed between people in a strange, mystical pagan-style ritual. There's a lot of this blending of cyberpunk and mysticism throughout the novel- and a whole heap of weird. The actual virus Mir, which basically hitches a ride on these programmed tattoos, infects the main character's girlfriend Nelly; and it does indeed begin to grow a life of its own.

It was published in 1998 originally, so may be slightly before your timeframe, but given that a lot of the details matched, thought it may be worth a try.

Jack’s best mate, Charlie, has always been effortlessly cool. When Charlie wakes up one day and finds a mysterious, moving black tattoo on his back, it’s a clear sign that he’s even cooler than Jack thought. To top it off, Charlie is suddenly able to fight like a kung-fu master, fly, and control the minds of others. Yes, he’s got super powers.

Jack soon learns the terrifying truth: Charlie’s incredible powers come from an age-old demon called the Scourge, who is using Charlie to bring about its evil master plan. To stop the Scourge, Jack and Charlie join forces with Esme, a girl with super powers of her own, trained from birth to fight the demon. But time is running out, as Charlie falls deeper under the Scourge’s dark spell.

When the Scourge vanishes with Charlie, Jack and Esme follow their friend from the streets of London into Hell itself, where they face horrors that may well cost them their lives. Can they survive to outwit the Scourge, save Charlie, and stop an even greater evil?

It was really weird; the tattoo started on one character (I'm thinking it was a female character, but I really don't know) but then became sentient and lived its own merry little life, and I think ended up screwing at least one of the female characters?

Esme is the daughter of Felix who when Esme was conceived was possessed by The Scourge, though this is not originally known. Esme thought her father was Raymond, but on the night she was conceived Felix had magically transformed to look like Raymond in order to get one night of happiness with Esme's mother. She trained her entire life to fight the Scourge, and is extraordinarily talented in the martial arts, flying, and art.

This review on Goodreads also mentions at what you could be thinking of about it moving bodies and someone having sex with someone else.

See, for the past thousand or so years, the Scourge, defeated and imprisoned by a powerful curse, has been watched over by the Brotherhood, one of those super-cool, super-secret societies. (They're not totally cool, though, because the Brotherhood lacks the dramatic costumes and complicated secret handshakes. Shame on them, the slackers.) Now we come to the tricky part. One of the Brotherhood defects the order, frees the Scourge and lets himself be possessed by the demon...to win the affections of a girl, naturally. The treachery is discovered, a war is fought, and the Scourge is once again defeated, or so the Brotherhood believes. Truth is, the Scourge is still free and waiting for the perfect vessel to take over, a nicely gullible, angry, malleable vessel, so that the Scourge can put his plan in action. Little sullen Charlie is the perfect fit.

It was a sci-fi book with a red and orange cover on the hardcover edition. 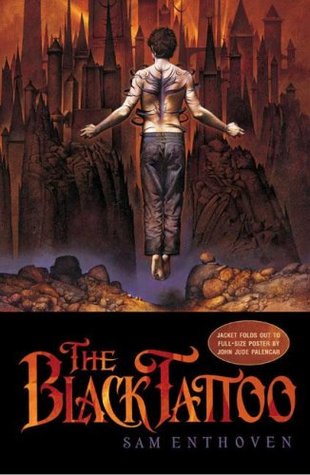 There's also Acheron, of Sherrilyn Kenyon's Dark Hunter series. It's probably not what you're talking about, as it's a fantasy romance series, but some elements do match. I got a free copy and wound up reading this the other month by accident!

There's a goddess of Atlantis who has demon companions who often stay on her body in the form of tattoos. Her son raises one (Simi) and towards the end of the book she's basically a teenage daughter. Some of the conflict is driven by her sleeping with his (male) friend.

7
Story where deep future humans are colonising the galaxy and are about to destroy the home of a reptilian civilisation
4
Book or Series name/author-the original book cover has a wizard standing before a door with runes on it
11
Help Identifying fantasy novel about magic red jewel
8
Possibly alien male, leaves girl behind by going through portal at end
12
Looking for a book with two main characters and dragons in the plot
13
SF novel about one-way scientific expedition to inhabited planet, where telepathic aliens "talk" sort of ++like this++ and ~*~this~*~
25
Science Fiction novel or novels about starship that becomes a god, colonizes hostile planet
10
Novel about genetically engineered bacteria that causes hallucinations?
5
A scientist is stranded on a planet with sentient birds
9
Sci-fi novel with an "Avatar"-like premise: disabled character is put into an alien body to study/spy on aliens