I read a book when I was young (late 80s early 90s) that I remember bits and pieces of, but can't remember the title.

The book starts off with a young woman's body being pulled from the water in a fisherman's net. A storyteller on the boat begins to tell the story of a young boy. I think his name was Tim, but could be wrong about that. He had a happy life with his family until he was forced to leave. He went on a journey which included him living in a cave in the mountains that was populated with blind amphibians that sang beautiful songs and told stories to him. They would lie in his lap and he would ladle water over them.

I don't remember the rest of the journey, but it turns out that

the story teller was actually the boy (Tim?) and the sea captain was the villain who had killed the girl, and Tim had hunted him down to avenge her.

Possible titles could be "The Body in the Net", "The Woman in the Net".

I have been trying to remember the title for YEARS, and you knowing that the main character was named Tim helped me find it tonight!

A story within a story, The Gift is a story of innocence betrayed and magic rejected. Tim is robbed of his childhood, and Simon is tormented by hearing made too acute. Both are victims of The Usher of the Night, once a boy like them, now pathetically twisted by his own ambition and by Tomen, a malevolent creature of magic. Together Simon and Tim must rid their land of the magic that has been misused by Tomen and The Usher. 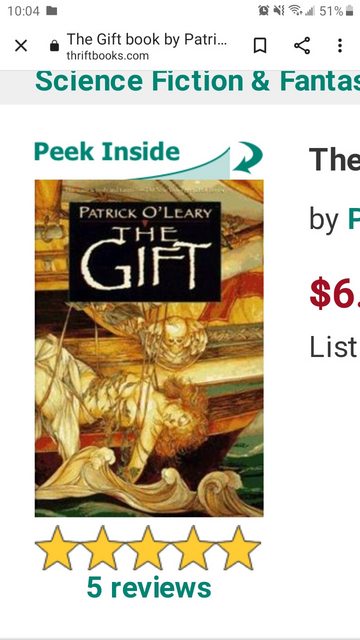 10
Trying to recall the name of a young adult dystopian fantasy novel from late 90s / early 00s
5
A fantasy book series about a boy leaving his farm and becoming a scout for an army
5
Looking For an Early 2000s Young Adult Book Involving a Human Boy Raised by Aliens
8
Sci-Fi fantasy book about boy with powers?
10
YA fantasy about a young boy and a telepathic sword he encounters
5
Book about a young man with a cat sidekick
8
Young adult fantasy trilogy about a boy with healing powers and a girl who is really a dragon