Can only one organ of Superman be made weak using Kryptonite or Red Sun rays?

I stumbled upon this fan-made image: 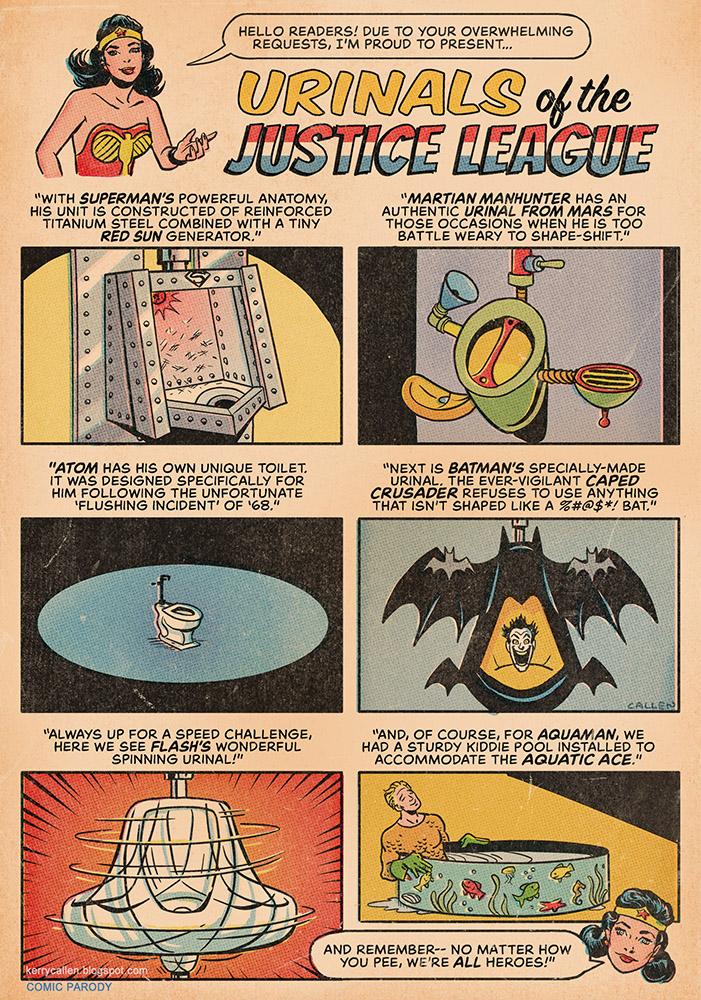 It got me wondering if Superman's urinal would really work. Can only one organ of Superman be made weak using Kryptonite or Red Sun rays? Only canonical answer please.

I don't know that we have enough source material to definitively answer, because the broader question of can Superman be weakened by red light is kinda vague. Other than War of the Supermen and one DCAU entry that's pretty much it, and both involved totally blotting out the yellow sun so only the red remained.

My general thought here is that the answer would be "No". Every time this has happened (either total sun blockage or red-only), it resulted in Superman losing all his powers. So it's more of an all-or-nothing way to get at him.

If you want to damage just one organ, your best bet would be a Kryptonite knife.

The joke is based on a slightly outdated interpretation of the red sun "weakness". In silver-age stories, exposure to a red sun (or "red sun radiation") would immediately leave Superman no more powerful than a normal human.

Superman absorbs solar energy from our sun, acting as a solar battery. A red sun does not generate the amount of power that he needs to remain super-powered.

In current continuity, putting Superman under a red sun lamp will not instantly render him unpowered; it will render him unable to replenish his energy. So he'd get progressively weaker as he used his powers, and his energy store.

So if it were a REALLY LONG pee...

6
Has Superman ever been stabbed with a kryptonite knife?
4
Have any Superman stories dealt with his weakness to red solar energy through redshifting?

14
In the DC Comics Universe, What Happens to Earthlings Under a Red Sun?
8
How does Superman fasten his cape to his costume?
0
Are Superman's costume changes scientifically possible (manipulating Atoms)?
3
Superman time-travels to red Sun age
2
Are Kryptonians affected by Kryptonite if Earth's sun turns red?
11
Wait, does Superman's heat vision generate “superheat”?
9
Why doesn't Superman make his own Flashpoint paradox to save Krypton?