If you are scared of food and encounter at a Boggart, would that Boggart be edible? 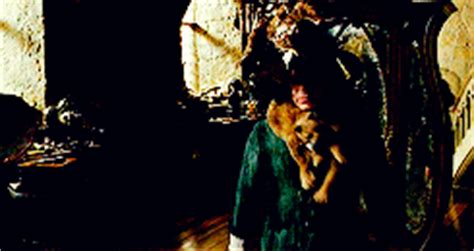 I think it wouldn't be edible because it is still a Boggart, but I have no idea

It is a question of how many of the object's qualities a boggart can mimic.

We see boggart stumble on his robes in The Goblet of Fire and being confused as Snape-in-a-dress, which suggests it posses only appearance of one's fear, not all it's properties, his half-conscious self being unaltered.

Boggart-full moon did not turn Lupin into a werewolf and was far from the size of a real Moon, so it was just a simple image of the Moon projected from Lupin's imagination.

Funny though how Harry's boggart could not only look like a dementor, but actually posses the dementor's inner magical qualities (cast cold and drain happy thoughts).

Hence, I believe boggart will try to mimic as much qualities as it can from the object - focusing on the source of the fear (that's why Harry's bad memories included to boggart's influence). Though he can not actually physically harm a person. If we look at this information on Pottermore, there is no mentions of boggarts actually harm anyone, they only scare. That's why boggart-moon was not able to turn Lupin into a werewolf, though surely it is the transformation he feared the most, not the Moon itself.

Considering all this, I would say the food would not be edible as it's probably not the taste or texture that is the source of fear. Nutrition maybe? But surely a boggart can't overcome Gamp’s Law of Elemental Transfiguration with food being one of the exceptions.

It would appear as the food that you fear most. For example an anorexic might see it as a double cheeseburger with extra fries.

However that would not make it edible: it hasn't become a double cheeseburger with extra fries, it just looks like one. Boggarts are shapeshifters; they change their shape, but inside the new shape is still a boggart.

A Boggart is a shape-shifting creature that will assume the form of whatever most frightens the person who encounters it.
- Boggart - Pottermore

They're pretty much a physical incarnation of fear.

Like a poltergeist, a Boggart is not and never has been truly alive. It is one of the strange non-beings that populate the magical world, for which there is no equivalent in the Muggle realm. Boggarts can be made to disappear, but more Boggarts will inevitably arise to take their place. Like poltergeists and the more sinister Dementors, they seem to be generated and sustained by human emotions.
- Boggart - Pottermore

50
Could Mad-Eye Moody See the Natural State of a Boggart With His Magical Eye?
43
What was Hermione Granger's boggart form?
28
Is Harry's boggart still a Dementor?
12
How would a Boggart represent Fear of Feelings and Sensations or States of Being?
17
Why could Harry and Lupin practice the patronus on the boggart?
43
Was Harry's concern about Fleur's sister Gabrielle misplaced?
23
If someone falls asleep in Animagus form, would they change back?
10
When my biggest fear is a Boggart, would I see its natural form?
44
Why didn't someone release the Boggart against Voldemort's Death Eaters during the Battle of Hogwarts?