Has Venom ever used the phrase “I am Venom” in the comics?

Venom’s phrase “We are Venom” is something unforgettable, especially after the new Venom movie.

In the Venom (2018) movie, when Eddie has his first conversation with the symbiote,

Eddie: Who are you?

Venom: I am Venom, and you are mine.

In the comics, has the Venom symbiote (with and/or without its host) ever addressed himself/itself as “I” and not “WE”?

Yes, on at least three occasions.

Know what happens when a character who is most known for only saying "I am Groot" gets Venomized? Well, Guardians of the Galaxy #21 (2014) has your answer. 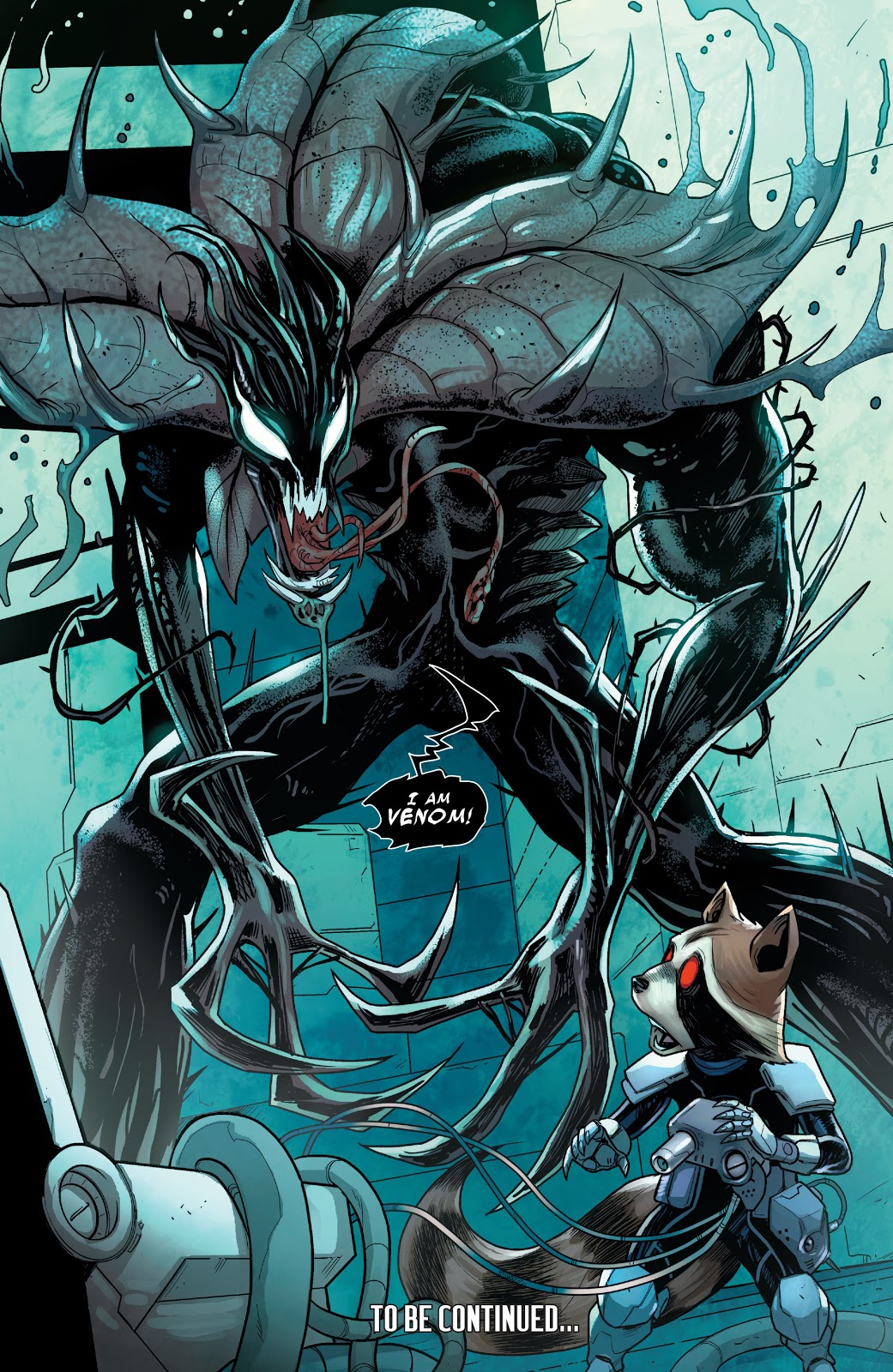 Another time was in Venom: Along came a Spider #1 (1996). Eddie Brock disguises himself as detective Clark from the NYPD (using the Symbiote), and drops the mask, revealing himself as "I'm Venom".

Clark/Eddie: Don't pull down on the little twerp - he's not Venom!
Steen: How do you know, Clark?
Eddie: Because I'm Venom! 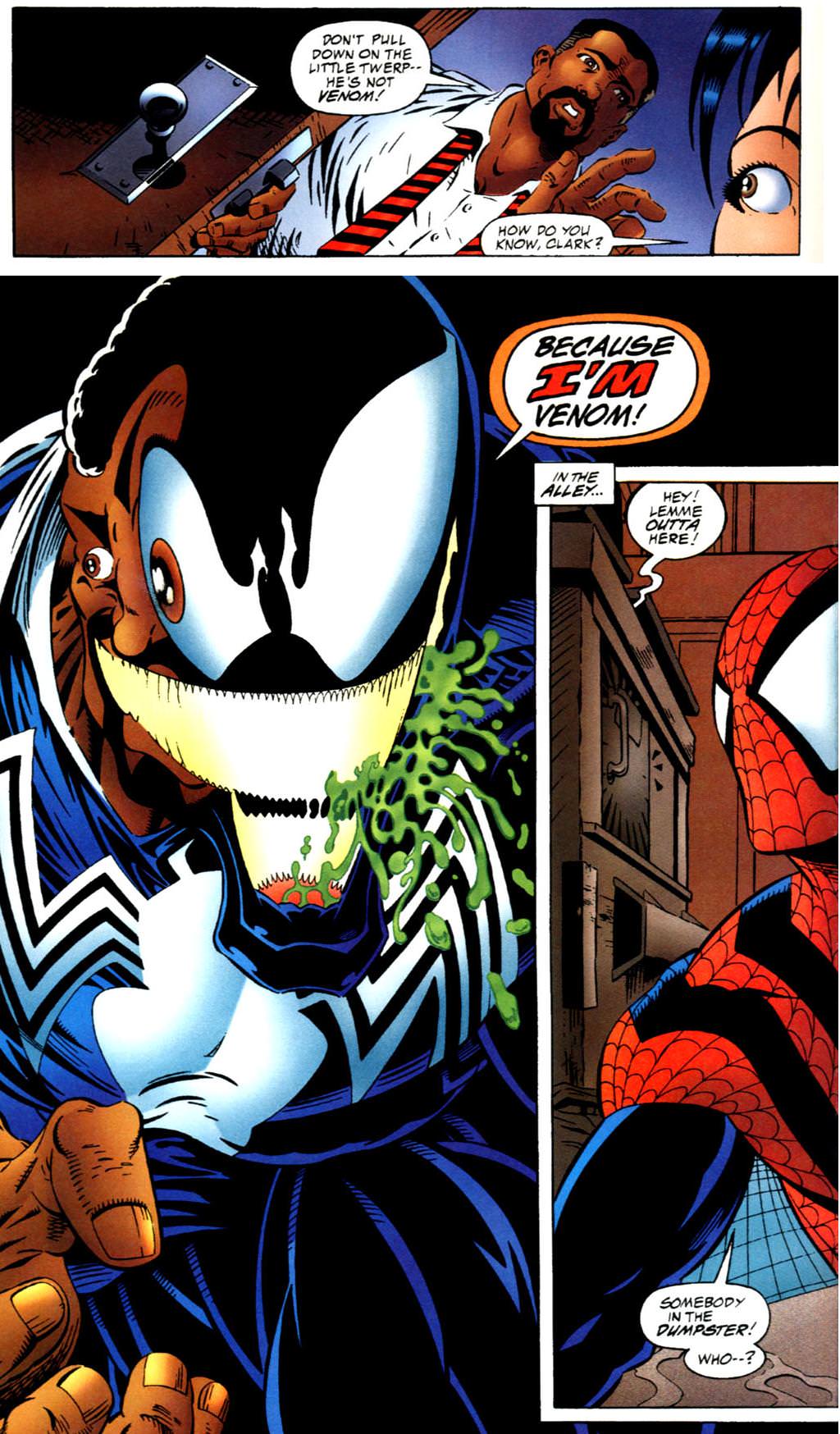 As far as I know, the first time the "I'm Venom" phrasing was used was in 1993, in Venom: The Madness #2. After agreeing to bond with the "living mercury" contained in a pool Juggernaut had thrown him in (what? It doesn't sound like a reasonable idea to you?), Venom got some kind of an upgrade and sought out an innocent to save, introducing itself as "I'm Venom".

Granted, in this case the "I'm Venom" wording instead of the usual "We are Venom" might be due to the demons playing with his mind through the living mercury. 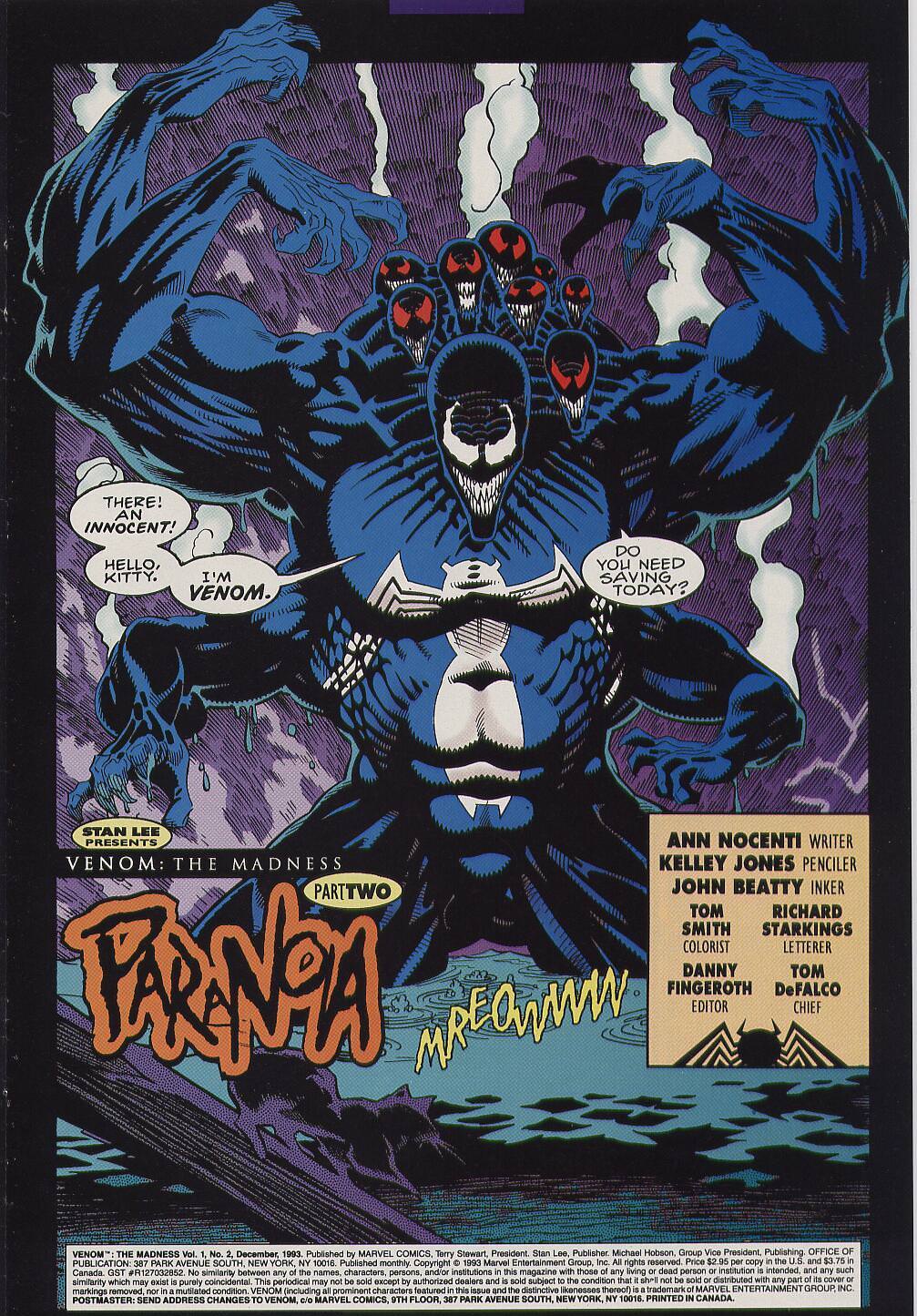 Not the answer you're looking for? Browse other questions tagged marvel comics venom venom-2018 or ask your own question.

4
How can the Venom symbiote live off Electro?
12
Has Charles Xavier ever exhibited the ability to freeze minds/time in the comics?
6
Did the Venom symbiote inhabit the Hulk?
11
Why didn't the Venom Symbiote turn Peter Parker into a monster like it did with Eddy and Cassady?
21
What does the Venom symbiote subsist on?
3
From where do the original Symbiotes from Klyntar get their names?
10
Has Bruce Banner ever partially transformed into the Hulk?
17
In the comics, have any of the Robins called their costume “target attraction” for villains?
5
When or how precisely did Venom (Eddie Brock) turn from villain to hero?