What powers The Doctor’s sonic screwdriver?

The power source of The Doctors’s TARDIS is known, but is there any canon evidence for what powers his/her sonic screwdriver?

They’ve shown The Doctor charge the TARDIS on multiple occasions, but I don’t recall them ever showing the sonic screwdriver being charged or anything. Maybe it's because The Doctor goes through them too quickly?

There's a charger slot for the sonic in the TARDIS console.

At least in the Eleventh and Twelfth Doctors' TARDISes.

It's powered by "batteries" (also referred to as "power cells"). Occasionally these run down and need to be recharged. 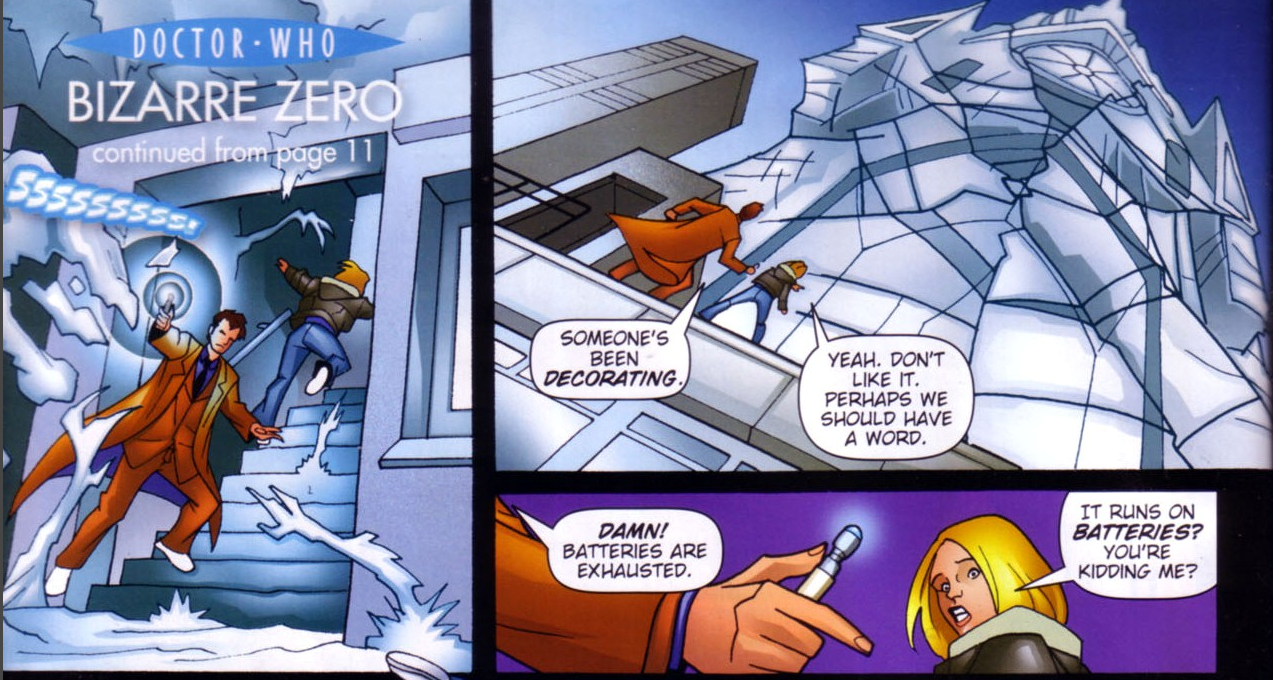 ‘Is it just me,’ said Flowers, ‘or is the light getting fainter?’ She shook the sonic screwdriver, clamped tight in her clammy hand.
The Doctor rolled back on to his stomach. ‘Battery’s running down.

"The Doctor keeps the tool on him for as long as power cells allow between recharges" - "Charging cells [depicted]"
Doctor Who: The Visual Dictionary

According to the 2018 Doctor Who series, Stenza technology and British Steel the Doctor makes herself in the first episode.

16
Which Doctor Who works are canon?
7
What powers the TARDIS?