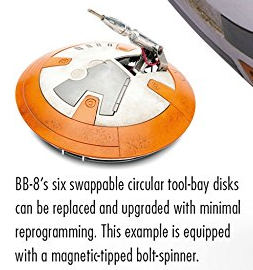 25
From how far away can Force Choke be used?
19
In-universe, how is BB-8's head adhered to his body?
6
How long was Han away from "home"?
5
How effectively can the vented energy from Kylo Ren's lightsaber serve as a crossguard?
23
How does Darth Vader eliminate waste from his body?
3
How long can a human Jedi hold his/her breath?
5
How does Kylo Ren escape from his attack run on the Raddus hangar bay?
2
How can Rex take multiple hits from blaster bolts?
10
How did Luke get his lightsaber back from Raynar Thul?