Faster-than-light subspace communication is explained in detail in the official Star Trek: The Next Generation Technical Manual, written by Michael Okuda and Rick Sternbach, who were the principal production designers for TNG. 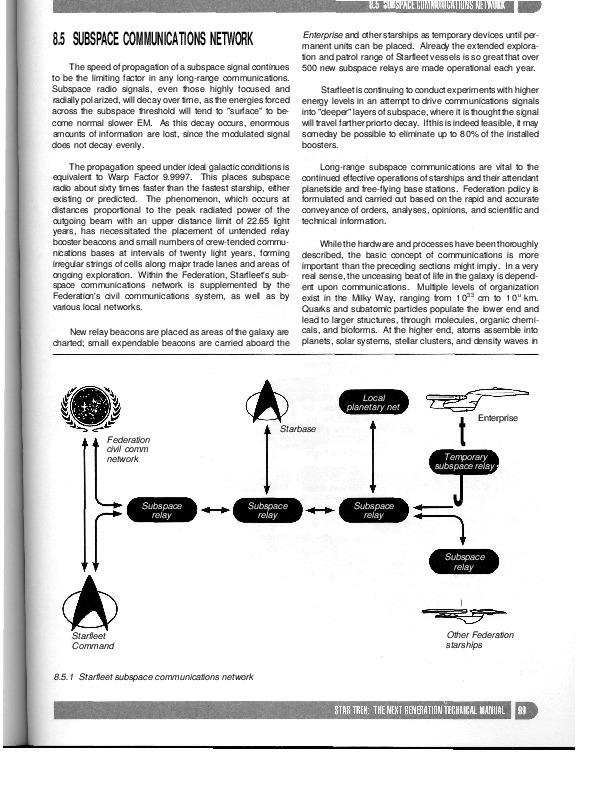 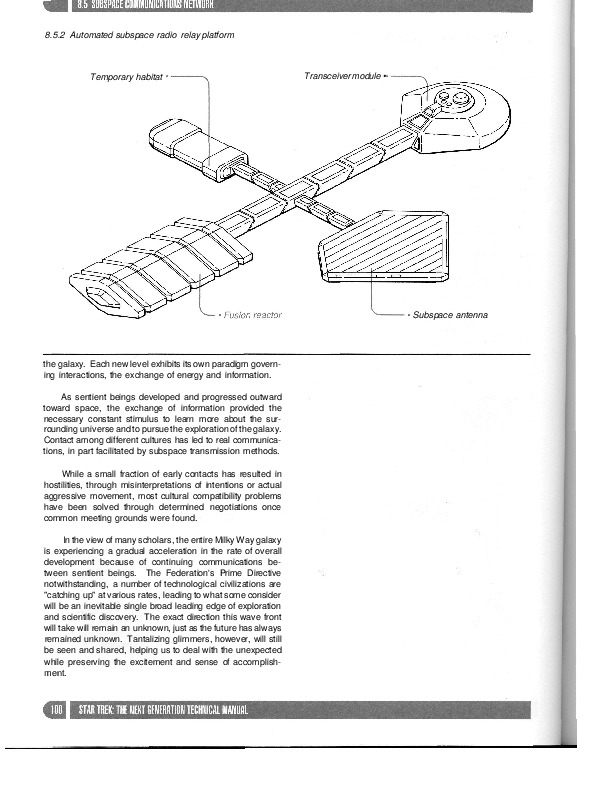 3
Why use the Argus Array for spying?
4
What is the work that had FTL travel but no FTL communications?

4
In Star Trek: Enterprise, why did the repair station kidnap Mayweather for brain-based processing?
25
How fast can impulse drive propel a ship?
41
Why would Voyager require 75 years to return home?
90
Was Voyager really significantly slower than the Enterprise-D?
12
How was the USS Columbia able to catch up to the USS Enterprise?
5
How fast did the Enterprise travel in Where No-One Has Gone Before?
33
How did Tom Paris come up with this warp to miles-per-second estimate in The 37s?
12
Has there ever been a warp / non-warp collision?
2
Is Picard's note about speed in Borg transwarp conduits correct?