Is there any other footage (or pictures) of Henry Victor as the Saxon Warrior in 'The Mummy'?

In the classic horror-fantasy film The Mummy (1932), it is well known that there were several filmed scenes of the different eras where the princess Ankh-es-en-amon reincarnated but for reasons of time they were discarded before the film was released.

It seems that film silent actor Henry Victor, whose name appeared in the initial credits of the film as 'the Saxon Warrior', performed in one of those deleted scenes. The still below shows the actress Zita Johann portraying the princess along with Vikings with horned helmets and lot of fur. Probably this is the scene where Victor performed as a boyfriend or suitor of the princess.

Are there any other still pictures, posters or footage showing Henry Victor as the Saxon Warrior? 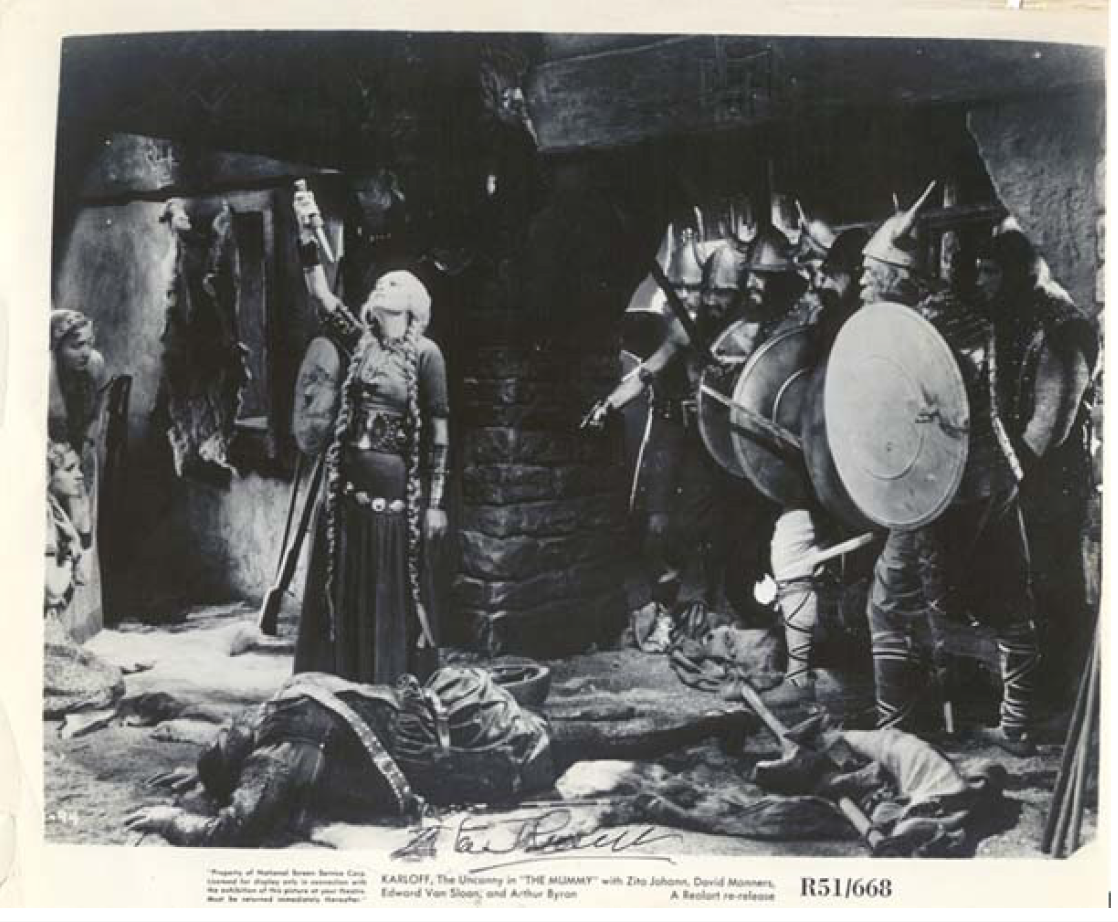 Browse other questions tagged movie character-identification the-mummy-1932 or ask your own question.

4
Which character has the distinction of being personally identified as the “Mummy” in the most motion pictures?
1
Is there any dependency between MCU and X-Men films?
12
Who were the other riders with Ned Stark at the Tower of Joy?
1
Was there an explanation to why other Judges helmets didn't interfere with Andersons psychic powers
12
Who are the other members of the Slug Club in Slughorn's photos?
12
Green monsters, one cyborg, the other eyeless
13
Is there any more information about the additional female Death Eaters in the movies?
5
Is there any information as to if DC dropping or “Rebooting” the DCEU?
3
Was there an evil version of Dark Hawk? Not one from the future, but a bad guy with a whole other amulet?