What happened to the original crew of Destiny?

After watching the series again, I still can't find the answer to the question, what happened to the original crew of Destiny?

There was no original crew of the Destiny. It would seem that the Ancients set it (and its counterparts) off unmanned with the firm intention of boarding later, then never got around to it after they discovered how to ascend to a higher plane of existence.

GLORIA: This is what you wanted.

RUSH: You know, the Ancients never intended Destiny to operate on its own. They were supposed to come here, in person.

RUSH: Look, if Destiny was ever capable of dialing back to Earth, it was thousands of years ago when the Ancients originally intended to come here. But not now.

RUSH: The name of the ship, translated from Ancient. I've also discovered that they were never here.

ELI: I thought this was an Ancient ship?

RUSH: It is. But they sent it out unmanned, planning to use the 'gate to get here when it was far enough out into the universe. But…they probably learned to ascend before that time.

As a side note, ascending would have also answered the question that the Ancients designed the Destiny to answer.

An engineering team was trapped aboard Destiny, and the planned expedition team never arrived

In Stargate Universe: Back to Destiny (a canon comic book followup to Season 2), issue 1 shows Eli traveling to an unexplored section of the ship where there are stasis pods containing Ancients.

In issue 2, these Ancients explain that they were engineers preparing Destiny for launch, and that there was another team designated for the actual expedition mission. 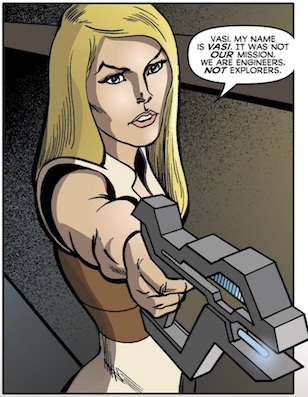 Vasi. My name is Vasi. It was not our mission. We are engineers, not explorers.

She later recounts what happened, explaining that there was a last minute malfunction before Destiny launched that trapped them aboard and unable to leave through the Stargate. They were ordered to go into the stasis pods and await rescue from the expedition team, but they never arrived and they don't know why. 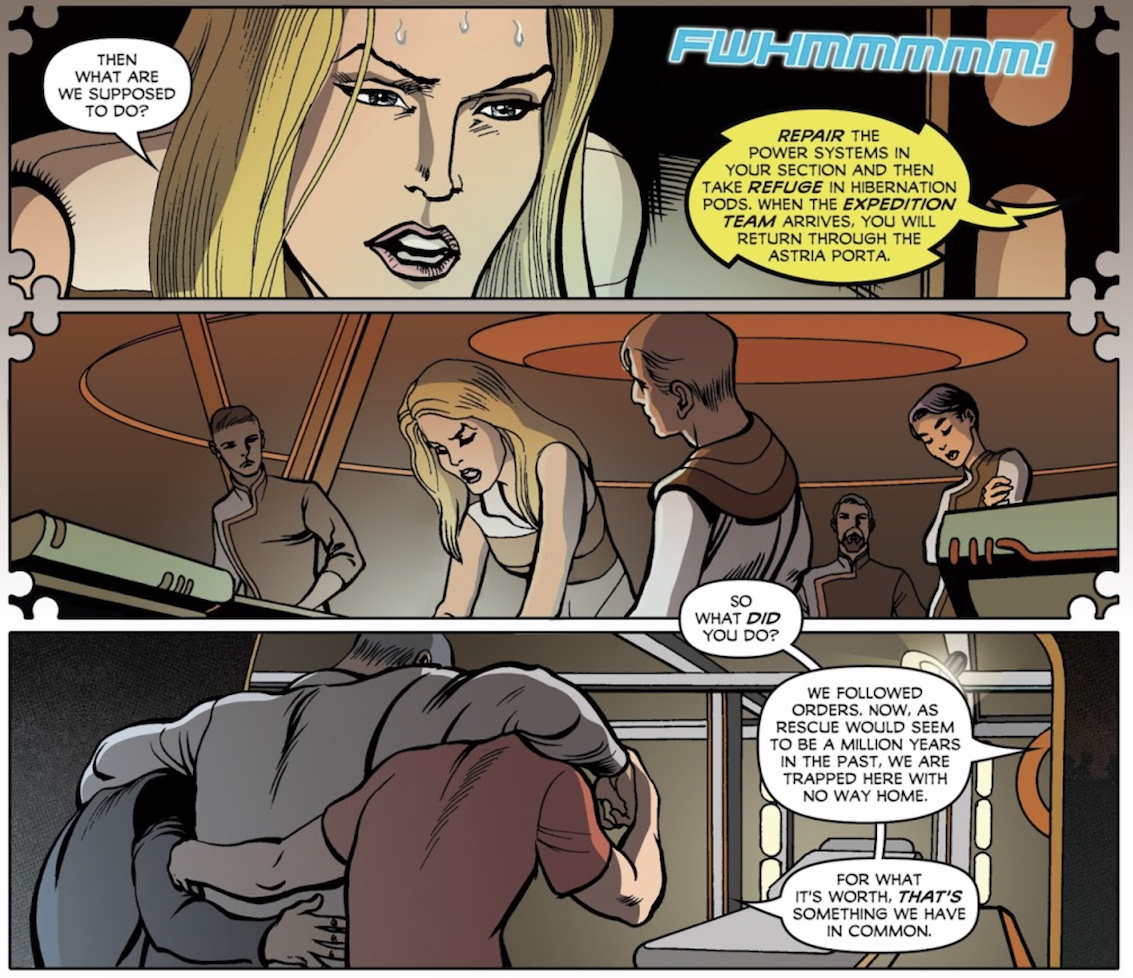 Vasi (flashback): Then what are we supposed to do?

Superior (flashback, via audio): Repair the power systems in your section and take refuge in hibernation pods. When the expedition team arrives, you will return through the Astria Porta [Stargate].

Eli: So what did you do?

Vasi: We followed orders. Now, as rescue would seem to be a million years in the past, we are trapped here with no way home.

Eli: For what it's worth, that's something we have in common.

So we know from someone with firsthand knowledge that Destiny was intended to have an expedition team for accomplishing the ship's mission, but we don't know why they didn't arrive to rescue the Ancient engineers who were trapped aboard.

25
Why did the Ancients wait so long to launch Destiny?

13
How Do Stargates in the Milky Way Galaxy, the Pegasus Galaxy, and on the Destiny Differ?
10
What is the Range of the Average Stargate?
12
What happened to Cassandra?
13
Stargate - Destiny's Gate Address from Icarus base
11
What happened to Apophis' ship's Stargate when the ship was destroyed?
9
SG-U body switching and ethics
5
Could any of the ancients still be alive?
4
Does Eli have access to the Daniel Jackson videos?
10
Could the Destiny crew make a pseudo-gate bridge?
11
Why are Stargates in Stargate Universe "less advanced" yet have more advanced capabilities?