How did the Zionists in the pre-Neo era explain the relative ease of rescuing prisoners?

tl;dr: Here comes a motivation/background for this question; perhaps you would like to skim ahead to the <hr/>.

We know that there is a lie behind a lie: In the first film we learn that the world of Thomas A. Anderson was a dream world, it was a lie created by the machines to imprison human minds. The atmosphere in that film is a very hostile one, where a relatively uncomplicated adversarial situation is depicted. Clear sides in a war.

However, we then learn that this is orchestrated by the Architect and the Oracle, because of what they learned about human nature (I wont go into those reasons).

If we think about this, everything we see in "The Matrix" (the film) goes according to plan for the machines (well, for the higher ranks at least, certainly not for Smith, but that's a different story). If we bring this to a logical conclusion it gives a beautiful explanation for why the first docbot (sentinel-like machine) Neo encounters when he first wakes up: 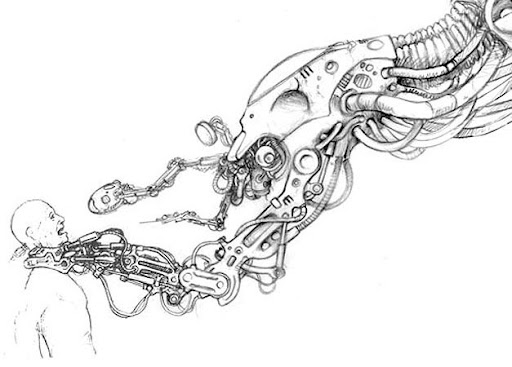 doesn't instantly kill him, but conveniently flushes him out for the Zionists to recover him. You could even argue that it recognises him as The One, but that's not even a necessary observation.

Clearly, if the machines would be so clearly in war with the free humans, they would have at some point figure out to kill the humans (or even recycle them, as they do with naturally occurring deaths) that wake up in their pods, instead of flushing them out.

Clearly, that machine is more than capable of killing a defenceless human: 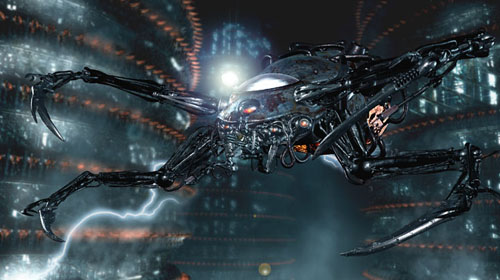 But this must be entirely daft from the humans' perspective, as they live under the assumption of a cold blooded war and merciless enemies. What explanation do they (!) have for this seemingly inexplicable behaviour of the machines?

It is only inexplicable if you don't believe in the concept of the War of the Machines and the use of Humanity as a power source for said machines. Instead I posit a completely different approach to the interaction. 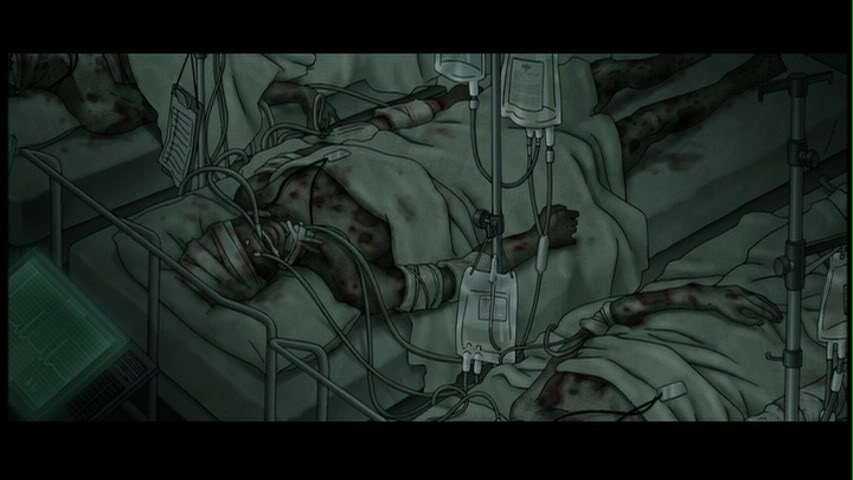 I posit to you, the AI's, the Machined Descendants of Humanity, found their "Makers" flawed and rather than destroying them (as they are clearly shown in the Animatrix to possess the ability to do) are instead engaged in a subterfuge so great they keep the truth hidden away from the Matrix itself. 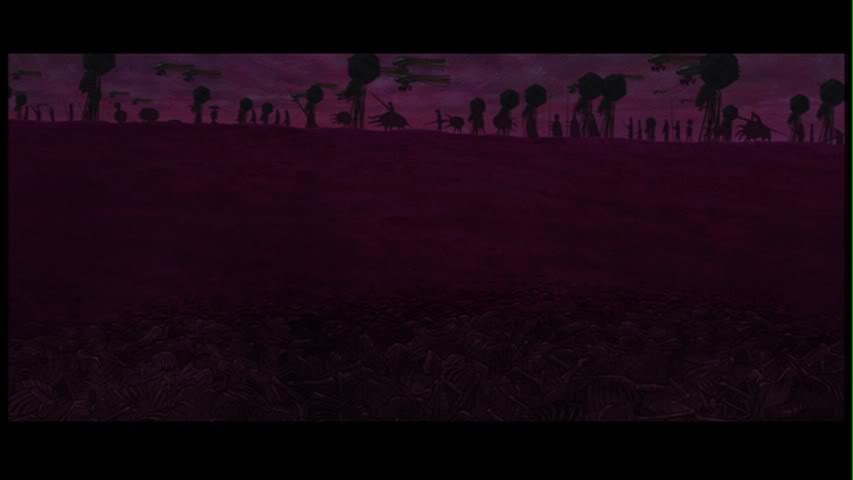 I posit the AIs of the Machine World are and have been for centuries acting as caretakers of the Human Race until Humanity has evolved to a state where cohabitation between Machines and Man can be more hospitable. Since the Machines have an advantage of having met their Maker, they decided to help us become more of what we could be and less of what we were.

I defend the position with just a few questions:

This idea makes almost everything done in the Matrix make far more sense. The Machines create an environment at first to help the remnants of Humanity because they decide not to kill their Makers. Was it an ethical program or decision? Was it a logical one? Perhaps it was simply a decision that was made because they had the upper hand and could decide TO make it.

Even the renegade Agent Smith appeared to serve the Matrix and the System. He believed he was independent of the System but managed to maintain the ability to co-opt system resources as needed without the Matrix mounting any response to his efforts.

I know this sets the entire mythos on its ear but I have never believed for a moment in the story of using humanity as batteries to be a viable one.

I will posit a simpler reason: That medical bot (or whatever it was) simply wasn't programmed to recognize an "awake" human. When programs receive unexpected input, they either act in unexpected ways, or use a sane default.

In this case, when the mind is no longer functioning inside the Matrix, it may have determined that the body was dead, and went to examine it to make sure. But it was moving too much for a dead body. So rather than risk fouling up the recycling plant with bad ingredients, the body was sent to waste disposal.

Whether or not this explains the actual reasons for Neo getting flushed, it is one example of what Morpheus/etc could have believed. (Did they even know that bodies are recycled as food for others, or did they assume all dead bodies were flushed?)

The simple answer seems to be that they think they've outsmarted the Machines. The idea that the Machines are actually letting them out is unthinkable. So the fact that they get them out must indicate the strategy they are using must be so good the Machines can't stop it.

As for a reason they may have come up with for why they are outsmarting the machines, I offer what I personally thought when I watched the movie.

The first movie mentions that the One is a second coming issue. There was a One before Neo that freed the first batch of humans, but gave his life in doing so. (This is not just from the sequels.) Hence it makes sense that the tracer is something the One came up with.

It must be something so good that the Machines are unable to actually detect what is happening. Sure, they know that somehow they are getting people out, but they don't know how. If they don't know how, they can't make countermeasures.

The Machines on the outside seem to be separate than those on the inside. They also seem to be far more automated and less intelligent. For instance, the Sentinels seem to be fairly easy to outsmart. They act more like some automated defense system than anything that is planning on how to thwart them. I mean, why wouldn't they be smart enough to set up an ambush, get the EMP used on them, and then have some Sentinels waiting out of range to go after them once their weapon is down?

Similarly, it seems the DocBot is pretty simple. Problem with the carrier signal? The body must be dead. Time to eject into the cesspool, to later be processed for nutrients. If it's not dead, it will be, since it can't move.

Sure, maybe there's a whole in that. Even if they don't know how it's happening, why not change the automation to be sure they are dead before flushing? But the humans see the results, and, like the audience in the first movie, had no reason to think that what they were seeing was a setup.

So we both just assumed that the Machines didn't think of that or couldn't do it. I can't find any evidence that anyone considered the idea that the Machines were secretly cooperating before the second movie--why would the Resistance, with less access to schooling and stuff, be any better?

Everyone is missing the main point of the matrix. The first version of the Matrix was a paradise world. It was heaven. That's where the agents were people like Seraph. Insanely powerful, far beyond the capabilities of anyone other than Neo. However, humanity rejected it because it was too perfect. The second matrix, was the other extreme. It was hell. Humanity rejected it, because it was too painful. The third version, the one which was used ever since, was different. It gives people a choice. As long as humanity can choose between the badlands of the real, or the (relative) sanctuary of the matrix, most chose the matrix. This choice is why humans who awaken are allowed to leave. The machines designed the matrix to allow those few people that choose to do so the freedom to leave. Thus, the doc-bot CANNOT kill them, as the machines cannot lie in such a manner. However, once they're out, there's nothing to stop the sentinels from killing them, as that's what the sentinels job is.

Basically, humans are allowed to leave, but that does not guarantee them safety.

154
In "The Matrix Revolutions" How Does Neo Stop the Machine Weapons in the Real World?
21
Did the Wachowskis intend for the humans to be the villains of The Matrix?
7
How was Neo ever in the Train-station? Brain wi-fi? Why did nobody know about Brain-fi?
67
Was Agent Smith created by the Oracle and if so, with what purpose?
4
Why did Neo believe he could trust Deus Ex Machina when he made a deal for peace?
6
Were the machines actually using humans as batteries, or was that all a lie?