Can T-47 airspeeders fly in space?

Are the T-47 airspeeders (Episode V, on planet Hoth) able to fly in space in a similar manner to spacecraft? 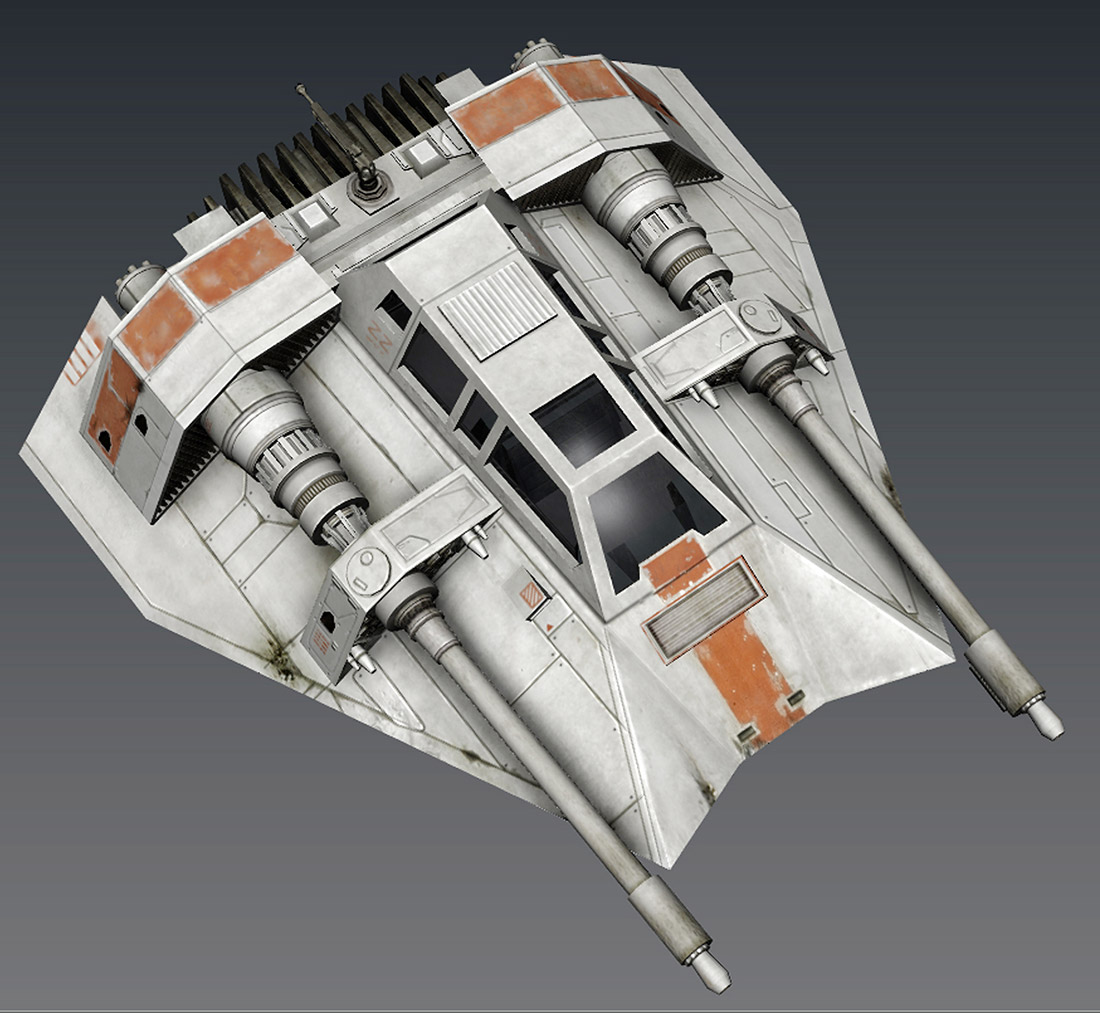 The (canon) reference book Star Wars: The Rebel Files lists the 'flight ceiling' of the modified T-47 Airspeeder as 175 metres.

Interestingly, an earlier factbook Star Wars Complete Cross-Sections: The Spacecraft and Vehicles of the Entire Star Wars Saga lists the flight ceiling' of the snow-modified T-47 airspeeder as 175 KM(!) or 108.7 miles

Obviously this conflicts violently with the info in other sources such as the Star Wars: Official Fact File Vol. 1 #28 which states that the envelope can be pushed to as much as 250M. It's likely that the Complete Cross-Sections book was meant to say 175M, not 175KM

In its civilian incarnation, the T-47 could manage a top speed of 650 kilometres per hour, but skilled Rebel engineers were able to up the velocity to 1,000 kph for the snowspeeder variant. The craft's optimal combat speed was 570 kph, making it slow enough for a pilot to fly it well, but fast enough for an enemy gunner to have difficulty tracking it.

The craft performed best when flying at low altitudes, but could climb to a height of 250 metres if necessary. Above all, the snowspeeders were swift and highly agile, with forward thrust provided by twin repulsorlift drives and high-powered afterburners. With only a layer of armour plating and no shield generators for protection, a snowspeeder's crew would rely on speed and manoeuvrability to endure the battle.

According to the book Star Wars Encyclopedia of Starfighters and Other Vehicles, the snowspeeder is a low-altitude vehicle:

"These low-altitude ships were never meant for combat purposes." (emphasis mine) 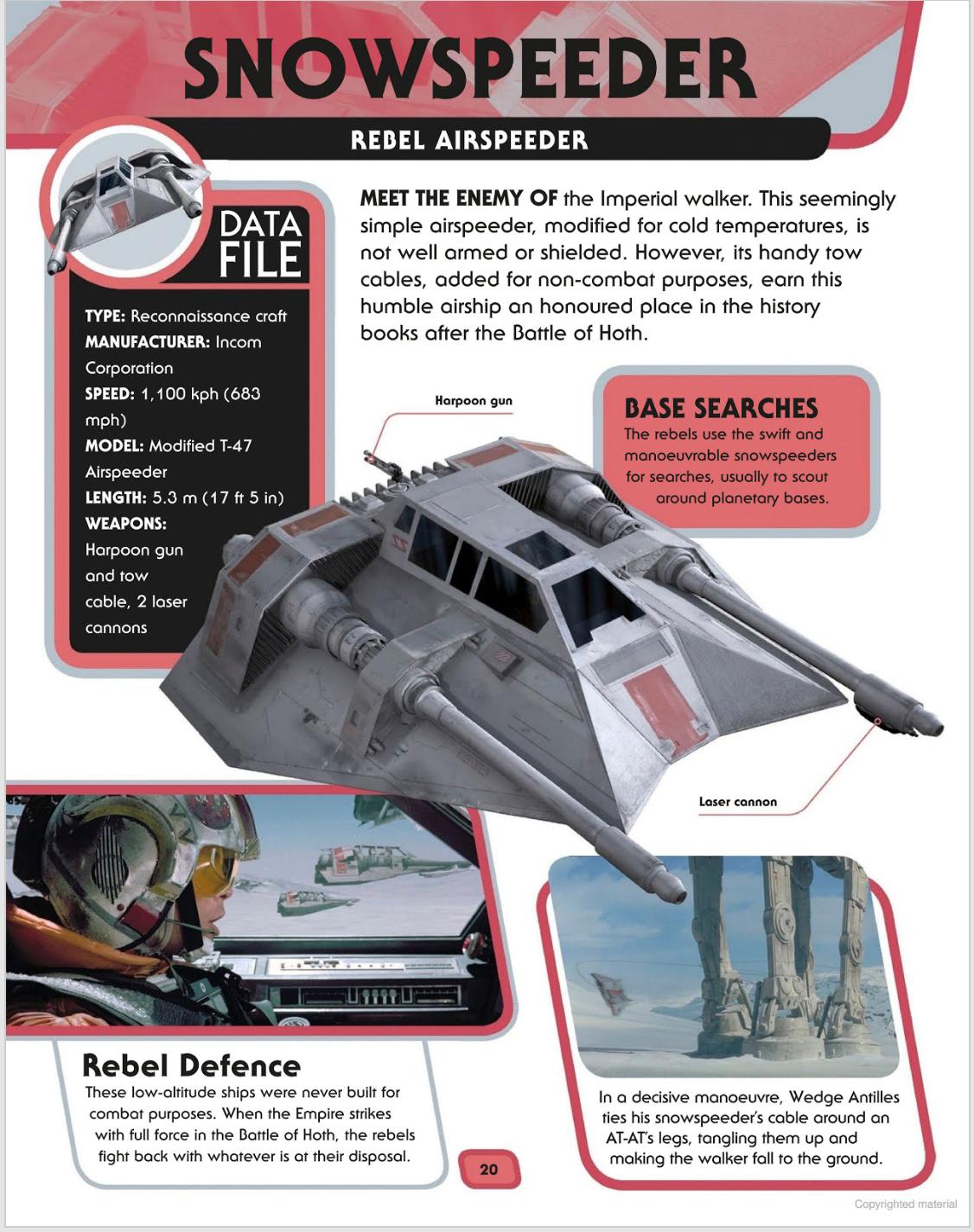 Although not necessarily a solid proof, the German version of Wookipedia (Jedipedia) mentions a maximum flying height of 175 meters (source).

The best performance was achieved by the glider at low altitudes, although technically able to ascend to 175 meters. (Google translate)

That together with the fact that it is always termed as an airspeeder (starwars.com) or an atmospheric vehicle (wookiepedia) suggests that it is not capable of space flight.

58
Can the Force be used to fly?
30
Why didn't the rebels on Hoth use X-Wings to fight AT-ATs?
25
How does one get qualified to fly an X-Wing?
16
AT-ST at the Battle of Hoth in the original version of Episode V?
27
Have we ever seen TIE fighters/bombers operating in atmosphere before?
6
How do X-wings maneuver in space and in the atmosphere?
1
What's the difference between how space and atmospheric craft (eg. fighters) work?
1
Ep. V - alternate opening crawl on Hoth
8
Where do X-Wing fighters—and similar small scale Rebel craft—dock to refuel and tune up when in space?
25
Did any non-rebels regularly fly X-Wings?