Novel where a girl cares for psychic children, maybe set on a starship

I can't recall the name of a novel where a young human woman takes care of a group of children who may have psychic powers but the government does not know what their abilities are or when they will manifest. When the woman identifies that a child has an ability she notifies the authorities who take the child away, most like to be dissected for experimentation.

After the first child with an ability is taken away the young woman decides to protect the rest of the children. Most of the children display abilities. The book may be set on a starship due to some of the references.

When the young women goes out to socialize she wears a dress of twigs and leaves as she does not have a full body tattoo which is the current vogue.

There was an alien, a green being that may have been like a pet. The book itself had a green cover, and may have the word "green" in the title.

Perhaps Green Is for Galanx, a 1980 novel by Josephine Rector Stone. The cover has quite a bit of green in it. 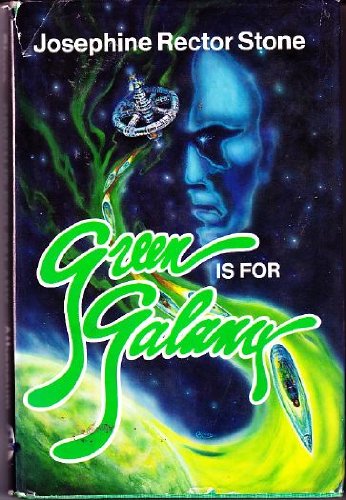 Excerpt from a review by Baird Searles in Isaac Asimov's Science Fiction Magazine, October 1980, available at the Internet Archive:

Willy's World is a self-contained, artificial satellite that has been wandering around the universe for several generations (shades of Space: 1999 and Lost in Space!). It is a despotism that's not all that benevolent, and a group of mutant children with psi powers and their guardian, Ilona, fear that the children will be killed in order to analyze their talents for adaptation to android mentalities. When the chance comes, the group, accompanied by the shape-changing Galanx which they've more or less adopted as a pet, escapes to a new planet. There they must cope with the strangeness of a natural world, and escape the inevitable pursuit.

13
Telepaths with different abilities, wind up on moon
10
Novel where teens can communicate telepathically & explore space by leaving their physical bodies
12
Title/author of novel(s?) about society where children learn alien languages?
37
Looking for novel with a girl that knows current stock prices
13
A woman and two children travel to other world aided by 'Notus' bushes