Differences between Enterprise and Defiant in DSC

During the first season of Star Trek: Discovery, we had a chance to see a schematical view of a Constitution-class vessel USS Defiant, and later "space view" of the USS Enterprise, a starship of the same class.

Is there an in-universe explanation for the differences between the ships? They should both be from the same time, of the same class, and yet the differences are significant. The Defiant looks like it could look like this in the mirror universe, however, in the episode "Despite Yourself", which does take place in the mirror universe, there is this dialogue, which suggests that the Defiant is indeed from "our" universe:

Lorca: Data from rebel intelligence suggests that we're not the first ship from our universe to find ourselves here. It cites another Starfleet vessel: USS Defiant.

Burnham: It's unclear, but data suggests that in the future, Defiant will encounter a phenomenon that'll bring it into this alternative universe's past. 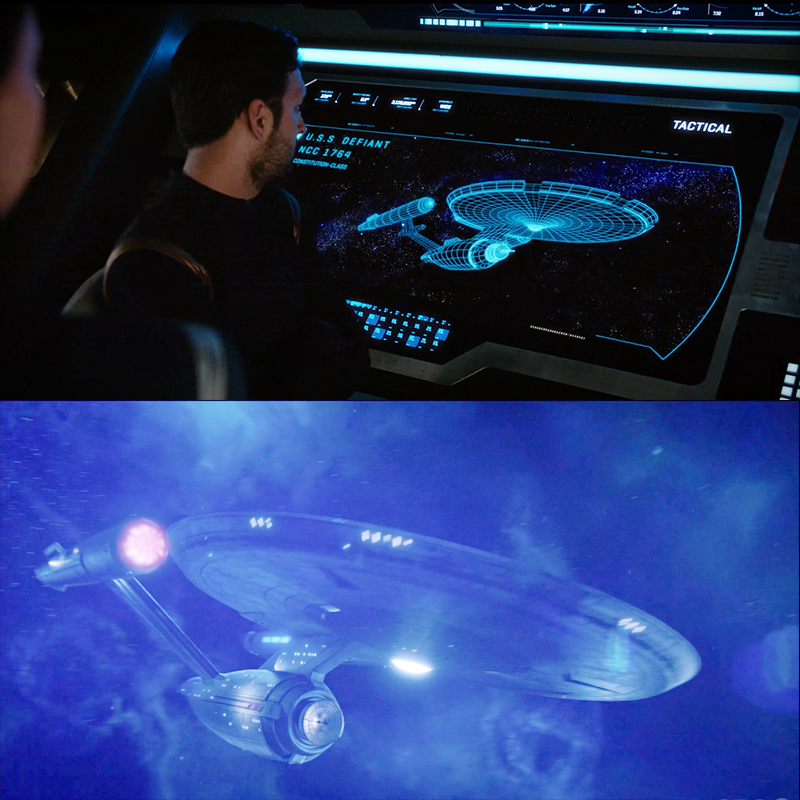 Those alterations appear to have happened after it came to the Mirror Universe. When you see it in the Enterprise episode, it looks like a normal Constitution class ship.

The Defiant has been in the Mirror Universe for 80 whatever years. It was bound to have some retro-fits and repairs, which led to it being different than original spec.

Ted Sullivan ( a writer for Star Trek Disovery) via Twitter has confirmed the differences in appearance were from the Terran Empire. 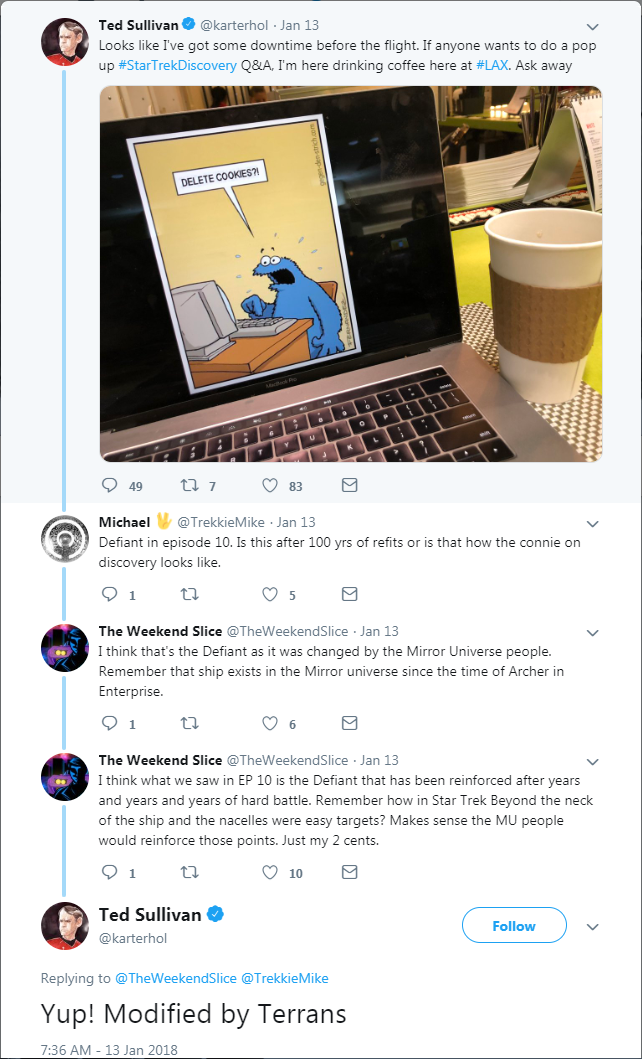 Not the answer you're looking for? Browse other questions tagged star-trek time-travel star-trek-discovery or ask your own question.

6
Why was Shakespeare's work in the mirror universe no different than in the normal universe?
5
Why did the Universal Translator fail to decipher Gorn?
9
What are the exact differences between the refit USS Enterprise and the USS Enterprise-A?
8
What's special about the Mirror Universe?
12
What is the first non-Constitution class Starfleet ship we see in canon?
11
Why is the ship named USS Discovery?
12
Which universe is Commander Landry from?
7
Why didn't the Discovery crew warn Starfleet about the Defiant?