What happened to the Dark Land in Arda?

I'm not talking about Mordor. I'm talking about the continent between Middle-Earth and the Lands of the Sun. This continent existed throughout the Ages of Arda, until it seems to have vanished after the Downfall of Numenor. 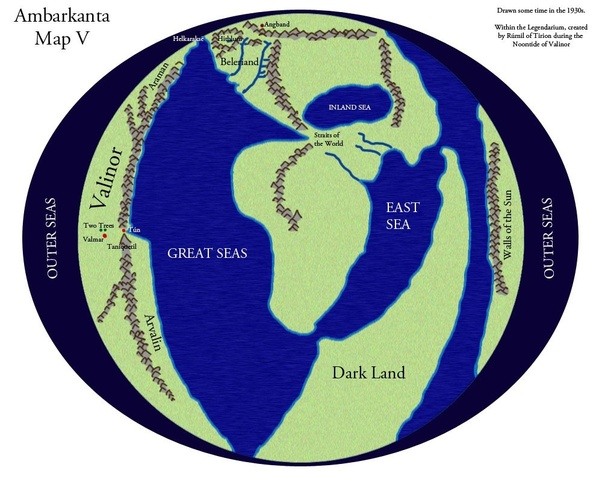 The Dark Land is southeast of Middle-Earth. The Silmarillion states that the Numenorians visited it in the Second Age.

But the land of Aman and Eressea of the Eldar were taken away and removed beyond the reach of Men forever. And Andor, the Land of Gift, Numenor of the Kings, Elenna of the Star of Earendil, was utterly destroyed. For it was nigh to the east of the great rift, and its foundations were overturned, and it fell and went down into darkness, and is no more. And is not now upon Earth any place abiding where the memory of a time without evil is preserved. For Iluvatar cast back the great sea west of Middle-Earth, and the Empty Lands east of it, and new lands and new seas were made; and the world was diminished, for Valinor and Eressea were taken from it into the realm of hidden things.

This is the only thing I'm aware of that even hints at the answer. I would assume they were part of the "Empty Lands", destroyed and replaced with new continents.

7
Was any attempt made to rehabilitate or colonize Mordor after the Second Age?
4
Since when did Eru forbid men from going to the undying land?
18
When Eru reshaped Arda, did he also change the cosmos?
7
Did Arda have boundaries before the breaking of the World?
4
Did the Valar actually care about Middle-earth?
25
What exactly is Middle-earth in Tolkien's Legendarium?
10
How old is Middle-earth?
6
Is there any meaning to the ages of the Years of the Tree?