The anime you are thinking about is The Law of Ueki.

The Giant Cannon is "KUROGANE" (Sorry it's still so cool to say it), his Sacred Treasure. 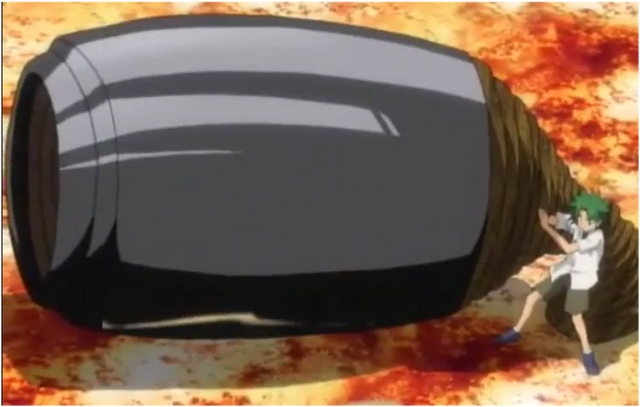 His power is basically to turn Garbage into Trees. You might remember his Cannon being Tree-ish from the bottom.

The antagonist (Hanon), eats humans and keeps them inside his body and absorbs their powers. 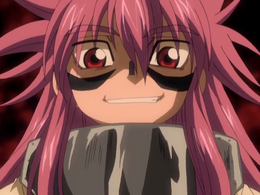 This sounds a bit like Trigun, which was aired in the US on Cartoon Network in the early 2000's on Adult Swim. I don't remember the specific age of the protagonist, but he portrayed himself very childishly to keep other people off guard. In the final(?) episode, he fights with his brother, and they can both turn their arms into organic guns.

And, as luck may have it, Funimation (who own the distribution rights in the US) has put the entire series (in Japanese) up on youtube! Here's a clip of the protagonist (in red) getting his arm turned into a gun:

I thought it was Space Cobra. Maybe Trigun

7
Anime episode with duel/fight sequence where villain blows light and heavy bubbles, mentor interferes, goes to hell and takes villain with him

8
Cartoon where the main character had a cannon built into his arm?
2
Anime about guy with a unique robotic arm
6
Anime where the guy has gems on his arm that indicates his power level?
7
Anime show featuring a blue boy with arm cannon
4
80s Mecha anime/cartoon about a giant spaceship that could transform into a humanoid robot form
6
Anime: main character equips a horned helmet to fight monsters/criminals, pulls out a sword from his arm
4
Fantasy anime where girls transform into different things to help others
3
Early 2000s cartoon where these teens could transform into creatures with their phones