How can the Lestrange bloodline still exist?

If we believe the story of Leta Lestrange, her brother Corvus

is actually dead - and so is Leta after her fight with Grindelwald.

No other children of her father were mentioned..

So there is no male heir to carry on the bloodline.

But we know that a few decades later, some Lestranges do exist (mentioned in the HBP) and eventually there are Rodolphus and Rabastan Lestrange.

The Lestrange bloodline can continue through another branch.

The Lestrange bloodline could continue on through another male member of the bloodline though Leta’s father Corvus Sr. has no living descendants. It doesn’t have to have continued through him to have continued past his generation. It can continue through another branch. On the Lestrange family tree, there are other branches shown reaching nearly as far upwards as Corvus Sr.’s, the one ending with baby Corvus and Leta, meaning those branches likely have members who’d still be alive at a similar time period as Corvus Sr. was and they’d still be able to continue the bloodline. 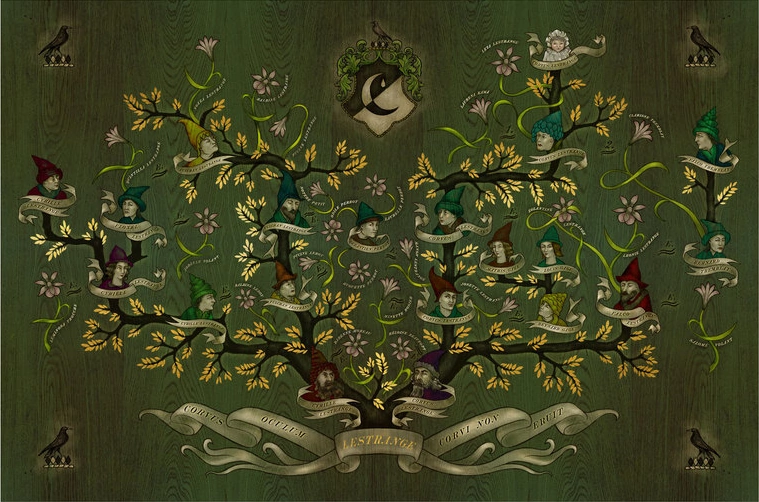 Corvus Sr.’s is only one branch on the larger Lestrange family tree. The branches that have Fulcran Lestrange and Cyrille Lestrange seem to have a comparable number of generations as Corvus Sr.’s branch, so the bloodline has continued to Corvus Sr.’s generation through other branches as well. One of those branches can continue it further, since a new Lestrange could be born to one of them sometime in the late 1920s or 1930s, so the baby may not have appeared on the tree yet. There’s a male Lestrange who went to Hogwarts when Tom Riddle did, meaning he’d be born somewhere around 1926 since he’d have to be born, at the most, seven years apart from Tom for his attendance at Hogwarts to overlap with Tom - it’s possible he was born to parents from one of those other branches, and then the bloodline would have continued with his parents then possibly through him, as being male, he could pass on the Lestrange name.

“Good gracious, is it that time already?’ said Slughorn. ‘You’d better get going, boys, or we’ll all be in trouble. Lestrange, I want your essay by tomorrow or it’s detention.”
- Harry Potter and the Half-Blood Prince, Chapter 23 (Horcruxes)

One of those other branches could have the parents of the Lestrange who went to Hogwarts with Tom Riddle - he might not have been born yet, so he may not be on the tree. It’s not clear how he’s related to Corvus Lestrange Sr. but he was born to parents that were Lestranges, since he’s born a Lestrange. The line was clearly able to continue through another branch than Corvus Sr.’s, and if that Lestrange wasn’t born when the tree is seen, wouldn’t be shown yet.

The tree doesn’t show all the Lestranges.

Also, the Lestrange family tree in the French Ministry only shows the descendants of Corvus and Cyrille Lestrange, it doesn’t show all the Lestranges. Radolphus Lestrange, who was the British Minister of Magic from 1835 to 1841, isn’t shown on it.

Radolphus Lestrange
1835 - 1841
Reactionary who attempted to close down the Department of Mysteries, which ignored him. Eventually resigned due to ill health, which was widely rumoured to be inability to cope with the strains of office.
- Ministers for Magic (Pottermore)

He would have likely been born during a generation that would be able to be depicted on the tree. As he was Minister from 1835 to 1841, he was certainly born by 1927, and he likely wouldn’t be sufficiently far in the past that he’d be born in the time before the Lestrange family tree covers. Therefore, presumably the reason he’s not shown on the tree is because he’s not descended from either Corvus or Cyrille Lestrange, and is from a different part of the Lestrange bloodline not depicted on this tree. 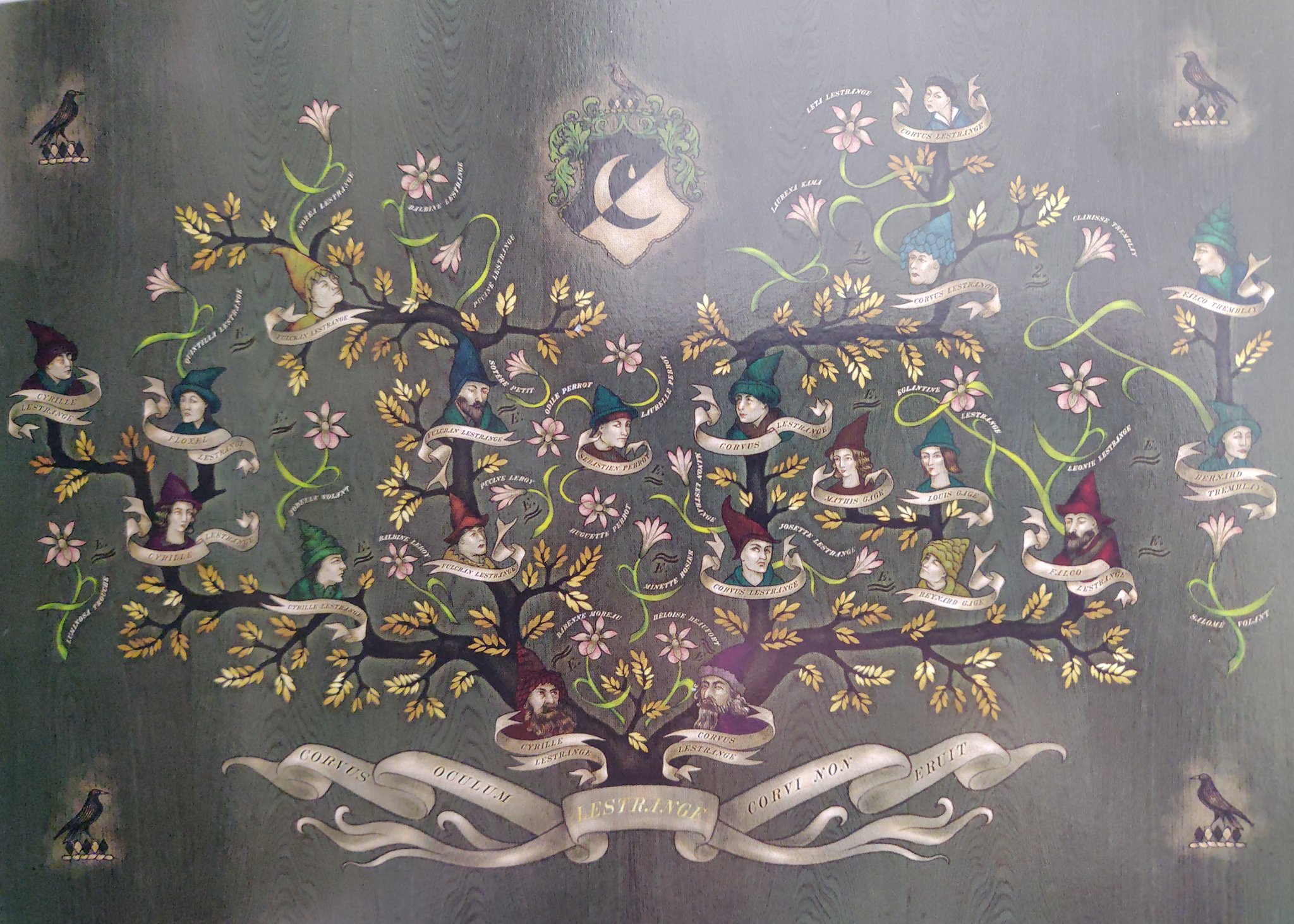 It’s also possible that Rodolphus and Rabastan are descended from him, rather than any of the Lestranges on the tree. It may be even more likely that they’re descended from him, as Rodolphus has a name very similar to his, and it seems to be a Lestrange family tradition to name male children after their father. Also, the Lestrange family is listed on the Sacred Twenty-Eight, a list of the truly pure-blood families in Britain made in the early 1930s.

In the early 1930s, a ‘Pure-Blood Directory’ was published anonymously in Britain, which listed the twenty-eight truly pure-blood families, as judged by the unknown authority who had written the book***, with ‘the aim of helping such families maintain the purity of their bloodlines’.
- Pure-Blood (Pottermore)

That means the Lestrange bloodline continued in Britain as well.

None of what you reference is reason to believe that there are no other men carrying the Lestrange family name. If her father had one or more brothers, and those brothers had one or more sons, then the name lives on.

If at some point she stated that there are no such men, then either (in-universe) she's mistaken, or (out-of-universe) it's an error on the part of the script writer.

Leta didn't actually see the baby drown as we can see in her Boggart, that's what she thinks happened, she only saw the boat crash on a wave.

She switched Corvus with Credence, since Credence is a wizard there's a high chance his mom, who carried Corvus in the crashing boat, was also a witch and would've been able to save Corvus.

There are many possibilities, including that:

6
How is Leta Lestrange related to Bellatrix Lestrange's husband Rodolphus?
1
Can Corvus Lestrange actually be dead with Yusuf still alive?
4
What caused the Lestrange family tree to wither?
2
Why did the Aurors not Apparate to flee Grindelwald in the Lestrange Family Mausoleum?
1
Why was Jacob still hanging onto the bucket?