In The Crimes of Grindelwald, why is Dumbledore wearing Muggle clothing? 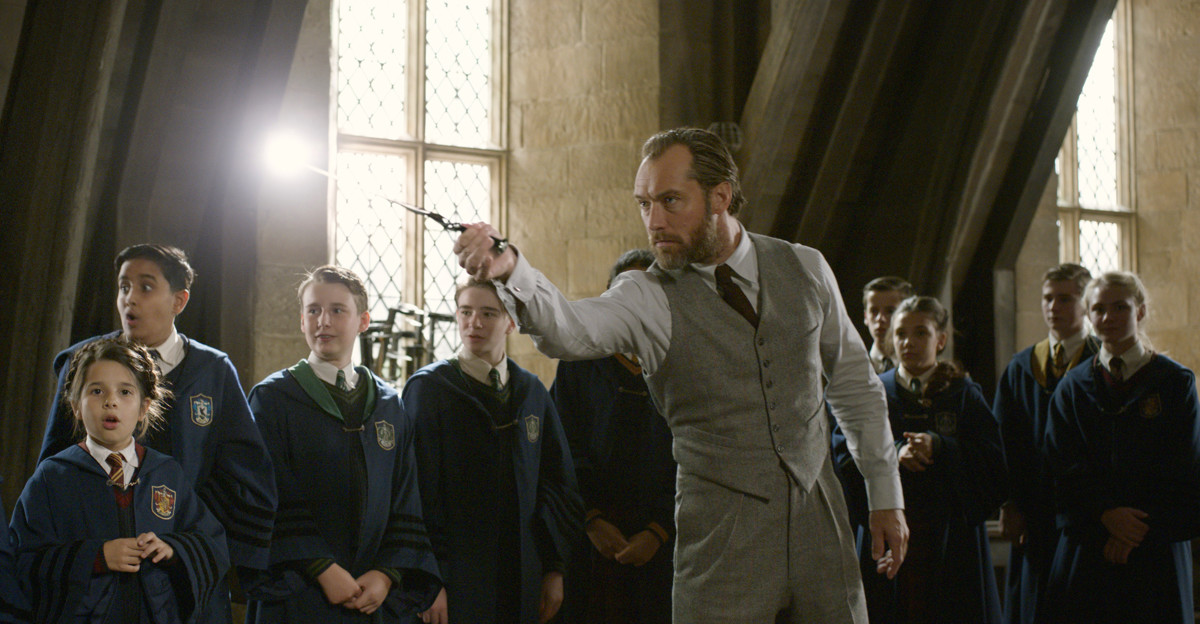 Why? Why wouldn't he wear robes instead, like all wizards; particularly one of his stature?

The film's Costume Designer Colleen Atwood discussed this in some detail. In short it boils down to wanting to find a halfway-house between his purple suit in Harry Potter and the Half-Blood Prince and the grey robes that he typically wears. Also, they're keen to distinguish him instantly from other wizards and to emphasise his physique.

COLLEEN ATWOOD: A young Dumbledore. Well, Jude [Law] had some thoughts about Dumbledore, you know, what he felt the younger spirit of Dumbledore was, which was the favorite teacher that all the kids liked; sort of like a mentor to some of the outsiders and embraced special kinds of magical powers. Dumbledore was sort of … vaguely purplish tones in the [Harry Potter movies] so I sort of backed into that. But I didn’t use purple — I used grays and softer tones that were very approachable. His clothes kinda have a soft texture so they feel lived in. And at the same time, you know, a little bit different than what everyone else in the school would wear; more approachable. He has a great coat that everybody loved — a big corduroy overcoat that he wears for a scene in the fog. And Jude looks great, he’s a great-looking man, so it doesn’t hurt.