A while back, I shared a song to a friend, who upon seeing the video's thumbnail, immediately asked me whether the band had ripped off the cover of Jean Rabe's Red Magic (1991), the third novel in the Forgotten Realms: The Harpers books.

The song was taken from the album "Frozen Sky" (2005) by Conquest, now know as W. Angel's Conquest, a relatively unknown power metal band from Ukraine. Here's a link to the album playlist on YouTube.

When putting the two covers side-by-side, there's no denying that the wizard is the exact same one. 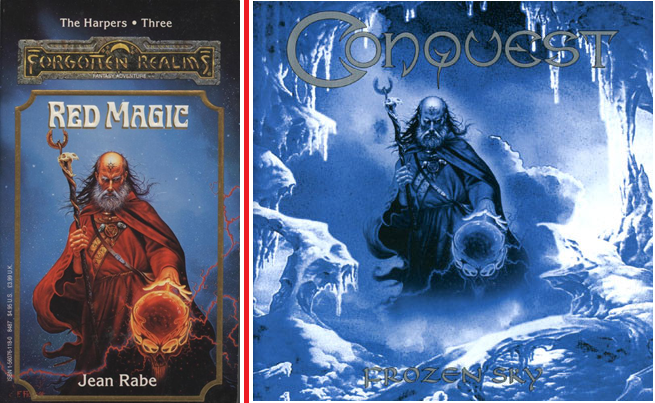 I have not read the book (nor do I know much about Forgotten Realms, for that matter), but I'm curious as to whether the use of that book cover was plain plagiarism or an homage.

Did the band ever comment on that, or could it be that the songs themselves refer to the book's events? Or is that wizard illustration maybe taken from somewhere else, thus being somehow right-free or something?

The image in question contains two cropped and heavily re-coloured pictures composited together; 'Red Wizard' by Fred Fields and 'Tower' by Ciruelo Cabral

I've found a copy of the exterior of the CD cover which contains no credit to either artist nor a copyright tag that identifies the current licence-holders Wizards of the Coast, both of which are typically, but not always, required when you licence a picture from WotC. In addition the artist's signatures have also been obscured.

I've now spoken with both artists (via email) and I am advised that neither is aware that the pictures were correctly licensed. Both artists are making their own inquiries but I strongly suspect that the simplest explanation is that these images were used without appropriate permission. 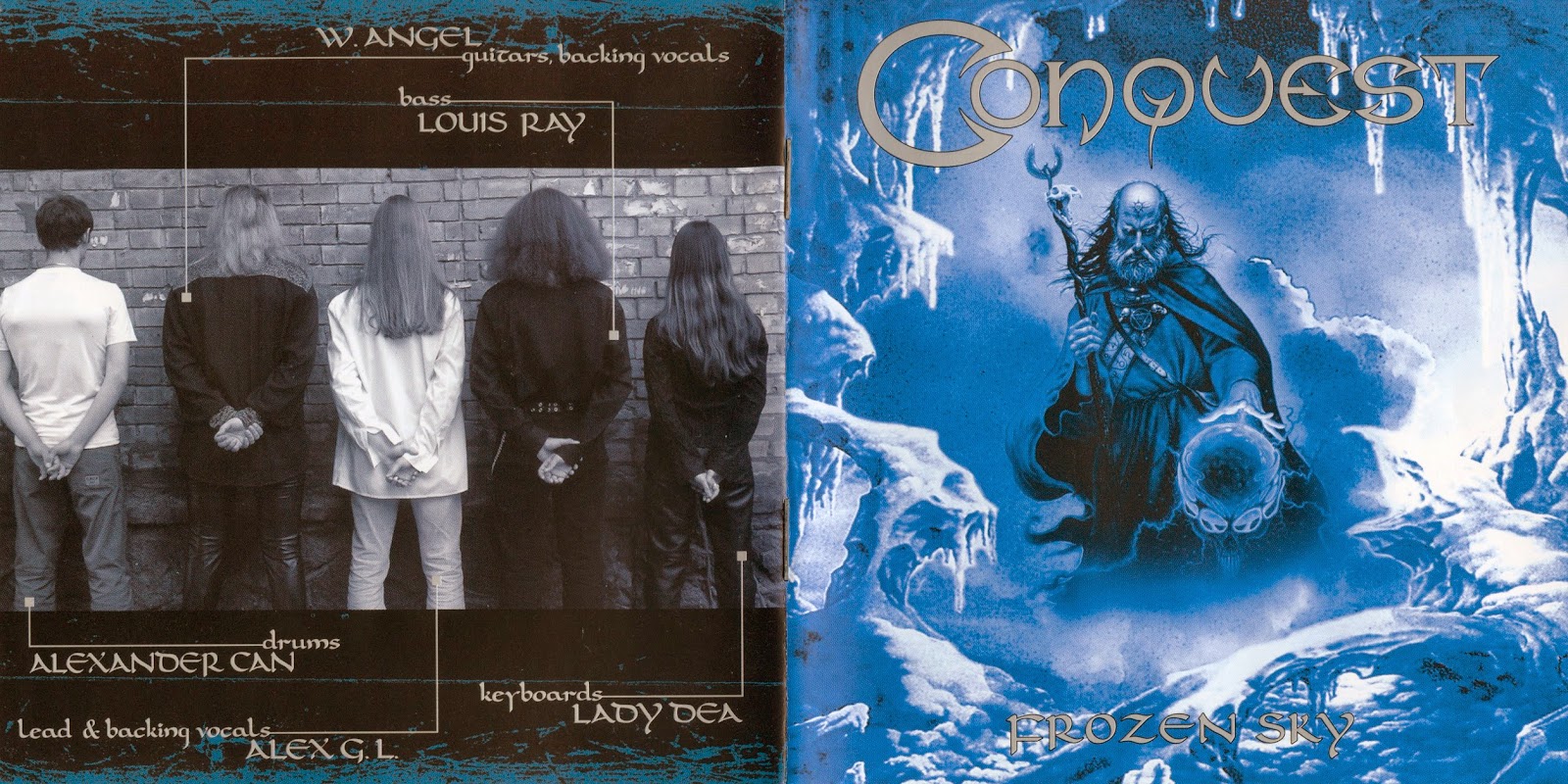 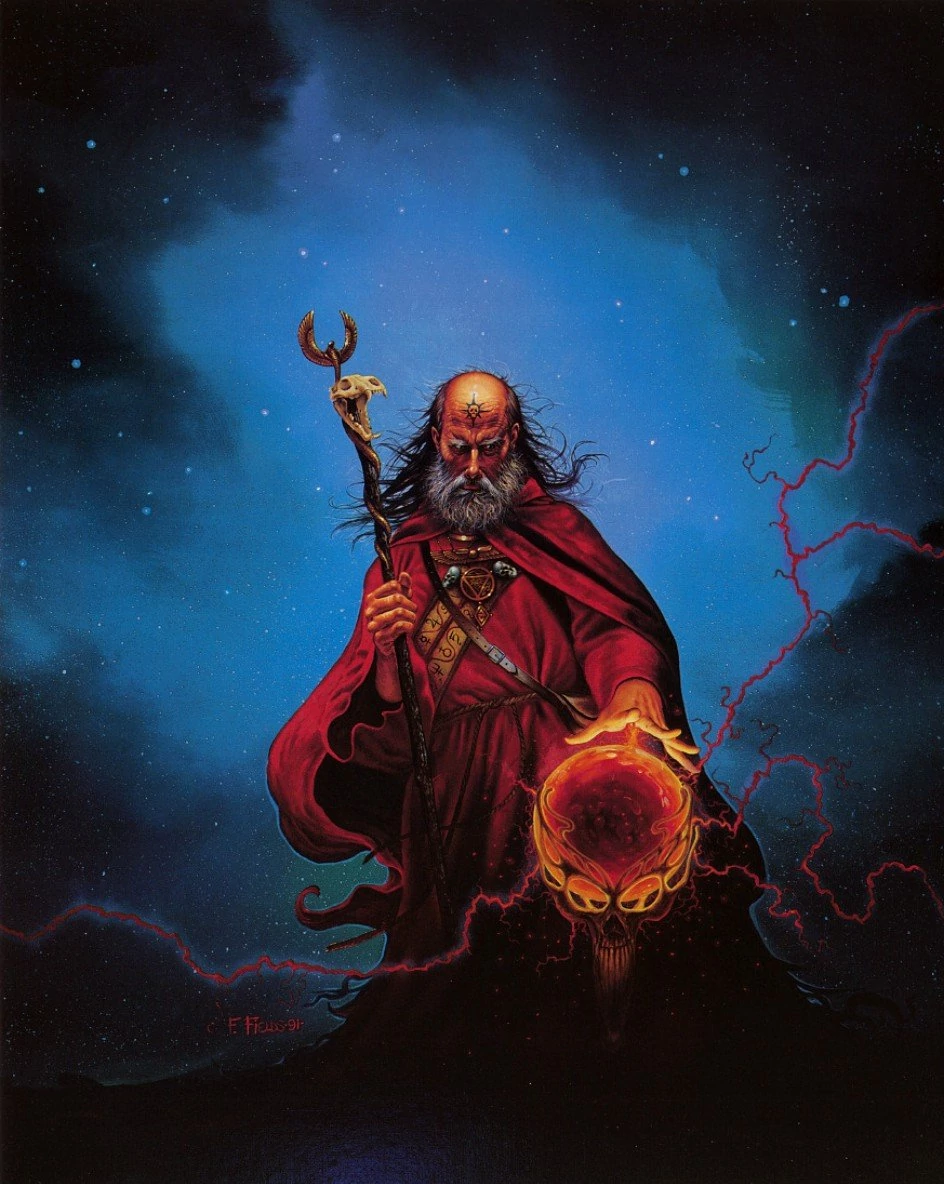 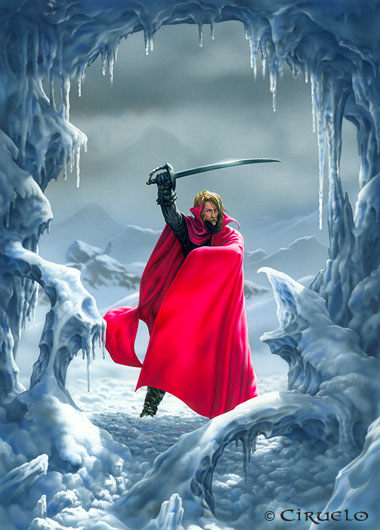 Not the answer you're looking for? Browse other questions tagged art copyright forgotten-realms or ask your own question.

3
What is the original work used for the album cover of Endless Power by Conquest?

3
How large are the layers of the nine hells in the Forgotten Realms?
19
What does the cover art of Cursed Child mean?
4
When will books by Edgar Rice Burroughs enter the public domain?
2
Are there any suggestions to read the 'Forgotten Realms' books?
7
High fantasy book, possibly “Forgotten Realms”, including Leviathan-like undead a necromancer creating experimental undeads
48
When does the copyright on Isaac Asimov's works expire?
3
What is the original work used for the album cover of Endless Power by Conquest?
4
Authorship of Forgotten Realms novels