What is the original work used for the album cover of Endless Power by Conquest?

When discussing a question about the cover of an album by Conquest in The Restaurant at the End of the Universe, Alex noted that YouTube user Songofwyrd has written a comment referencing another album:

Cover of a Forgotten Realms Dungeons & Dragons novel from the mid 1990s. That's just the artist's drawing of a Red Wizard of Thay, washed over in blue. The cover of Endless Power is stolen too.

Being curious, I looked up the album cover for that album. 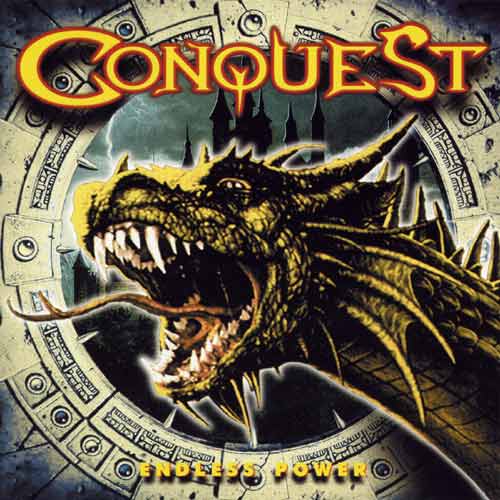 It immediately struck a chord. I'm certain I've seen that picture before. But where?

So what is the original image used as inspiration for the cover of Endless Power by Conquest?

While searching for the image of the cover to use in the question, I happened across a page where someone had tracked uses of the original artwork. (Warning: that site contains some NSFW material as well (gore/nudity), some of which may be visible in its sidebar).

From there, the original wasn't hard to find. It's Dragon Rex by Ciruelo, which I recognised from the cover of his Book of the Dragon, which I indeed own. 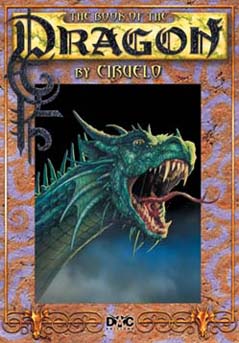 I don't know whether Conquest licensed the work from him, but given the apparent copyright violation of their other album cover, I don't think they'll have. I haven't contacted Ciruelo about this.

Echoing SQB's excellent answer, this is a cropped, rotated and re-coloured version of the picture Draco Rex by artist Ciruelo Cabral.

I've spoken with the artist (via email) and he is unaware of the band having obtained the appropriate rights to use the image. He also noted that another of the band's covers (Frozen Sky) contains an edited version of one of his pictures, also used without obvious permission.

Not the answer you're looking for? Browse other questions tagged object-identification art copyright or ask your own question.

34
Who, or what, are the human characters in the original 1977 Hildebrandt Star Wars poster?
19
What does the cover art of Cursed Child mean?
49
What is Darth Vader holding on the cover of the original Star Wars novelization?
40
Is it legal to use the word "hobbit" for a race of halflings in an original work?
11
Does Conquest's album "Frozen Sky" reference the "Forgotten Realms" books?
3
Where is the current location of Harry Bennett's art used for Herman Wouk's "Lomokome" Papers?
3
Was the painting “In the Ring of Saturn” by artist Andrei Sokolov used as a book cover?
12
What is the empty box for on this comic cover?
2
What are these creatures on the cover of Kane Chronicles: The Throne of Fire?