Why are Star Wars fighter ships crewed with humans and biological sapients instead of droids?

Why do the Galactic Empire, the Galactic Republic, and the Rebellion all use biological sapients in their one or two-man fighter ships?

The x-wing, the tie fighters, the bombers, and just about every other small ship had a biological person in it.

A special-made droid or even a fully automated AI fighter craft would be better than one piloted by a bio-sapient.

Navy drones have several advantages over piloted fighters in real life. These advantages should apply to Star Wars fighters as well. 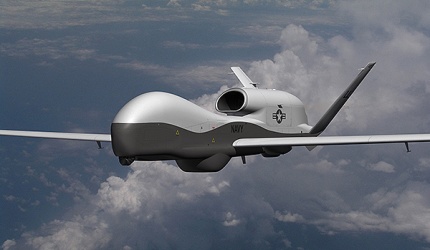 The easiest answer is that George Lucas wrote the original Star Wars script that way, but I prefer an in-universe explanation.

Is there a reason given within the stories for why everyone uses bio-sapients as fighter pilots instead of droids or fully automated AI ships?

This is because, since the advent of the technology that led to droids, they have been perceived as threats by biological beings throughout the galaxy. And the various revolutions and insurrections led by droids through the ages didn't help, nor did several incidents where the use of droids made things worst even if the incident in itself wasn't their fault.

Droid technology predates spaceflight technology in the galaxy, but it evolved with it as both technologies required advances in electronics and software.

According to Cynabar's Fantastic Technology: Droids, an RPG supplement by WEG:

As electronics and software compression technology improved, programming a droid with multiple skills became standard practice. Droid technology expanded and units were seen in systems across the Old Republic.

Resentment directed at these units appeared almost immediately. It was widely felt that the use of mechanical intelligence was the cause for massive job loss throughout much of the galaxy.

Then the technology evolved enough to give the droids an 'artificial sentience' which had it's advantages and it's drawbacks. It also meant that such droids could break the law. And they did, leading to many systems and organization, up to the Old Republic and the Empire, passing laws that are known as the "Droid Statutes" in the Imperial Code of Law.

Then there were the 'Great Droid Revolutions' starting with the most known that happened in 4000 Before Yavin on Coruscant, as depicted in The New Essential Guide to Droids. Droids went 'rogue', causing massive destruction and loss of life among the population, furthering the resentment.

The use of combat droids by the Confederacy and the existence of assassins droids didn't help to paint a nice picture of droids in general in the public's eyes.

Finally, what drove the nail in the coffin from a military standpoint was the disappearance of the Katan Fleet, described in The Thrawn Trilogy. Built in the waning days of the Old Republic, it was supposed to be the jewel of the Republic Fleet.

The whole fleet went a tour of the Republic, showing itself in what was a big PR operation aimed at it's citizens as well as a warning sent to the enemies of the Republic. The fleet was largely automated, with most functions performed by computers and droids, allowing for a very small crew when compared to other ships of the time. All ships were slaved to the flagship, which would be their undoing.

While the exact circumstances are not known, it seems that the crew became infected by some sort of virus during one of their stops, included the Command crew. Rendered delirious by the fever, the commanding officer ordered a blind hyperspace jump from the deck of the Katana, the flagship, and the whole fleet followed the insane order, vanishing to parts unknown until decades later.

(I'll try and add citations later once I can find them in the trilogy, it's huge and I haven't read it in a while.)

The possible answer is that they learn through their mistakes. The Confederation used machines controlled by droids on Naboo and the destruction of the control unit (the name may be inaccurate) stopped the entire army. With biological beings there is no such risk. It is also said that machines lack human intuition (I agree that situations like Luke Skywalker destroying the Death Star with computer turned off are few and far between)

In Legends, nonsapient droids simply aren't flexible enough to be tactically useful except as a blunt instrument. Mace Windu uses this against them in the novel Shatterpoint. Faced with a large number of both droid starfighters and human-piloted Confederate gunships, he manages to capture two of the gunships (out of a fleet of about 70), whereupon this happens:

Coming from a friendly ship.

[The second captured gunship locks on, and they fire in unison.]

However - as Mace pointed out, down in the battered cavern base - droids were stupid.

That was not to say that they could not adapt to changing circumstances. They could, and did: often with a speed and decisiveness that no organic could match. These droids had comprehended that they were under attack by "friendly" vessels before the initial flight of sixteen missiles had fully engaged their engines. An attack from a single friendly vessel might be a mistake, an accident, no more. But two vessels, both of whose transponder codes identified them as friendly, had opened fire on them in a coordinated attack.

The droids would not wait for further attacks. They adapted with lightning speed, and remorseless droid logic.

Gunships began to burn, and fall.

Droid starfighters have a very limited tactical repertoire. They can fight well enough if given targets, but in a complicated situation - and any battle can quickly become complicated - they lack the judgement of organic pilots. They are also deeply predictable, because they can only follow their programming. Mace's strategy was dependent on the precise amount of materiel he needed to convince the droids that all of the Confederate gunships were a threat, which was something he couldn't have predicted in human pilots, assuming he was even able to convince them at all.

The real answer you're looking for is "Because of the Force". Droids don't have it, biologicals do.

The force gives biologicals, among other things, "Prescience" the ability to see a short way into the future and anticipate what is going to happen. That's why Jedi can pilot ships through obstacles at impossible speed, or block blaster bolts moving at the speed of light.

Even a super-intelligent Artificial Intelligence can't do that. At best, it could only make probabilistic guesses about the future based available data.

The Force sets biologicals apart in the Star Wars universe, and gives them an advantage over machines that doesn't exist in real life. Jedi are trained in the force, but many untrained biologicals utilize it in less obvious ways, perhaps without even realizing it. After all, it is in all living things.

In our world war machines are already becoming automated and -- even if we manage to avoid an AI takeover -- human wielded weapons will be replaced by automated ones, allowing us to stay at a safe distance while our conflicts are decided by robots.

No human will be able to fight against the drones/war robots of the future, even with the best manned fighters/amp-suits available. The machines will move too fast, think too far ahead, and most importantly, fight utterly without regard for life or limb.

Star Wars is nowhere near plausible when it comes to what fighting robots will look like in the future. Drones/Droids are a joke, often literally: they are comic relief.

It is interesting to note that Star Wars draws a lot of inspiration from the Dune series, where "thinking machines" have been outlawed due to the dangers of Ai takeover. People fight with swords due to fields that stop projectiles and ships are drugs are used to vastly enhance mental abilities.

I recommend Oblivion (with Tom Cruise) for a much more plausible depiction of future robot warfare.

39
Why Did the Empire Use Storm/Clone Troopers and not Droids?
23
Is there an explicit canon answer for the exact speed of blaster bolts in Star Wars?

113
Why Can't R2-D2 Talk?
17
Are droids hackable in the Star Wars universe?
29
Effectiveness of capital ships vs. fighters in Star Wars
27
Are C3PO and R2D2 different from normal Star Wars Droids?
36
Why are the B-1 battle droids in the Star Wars prequels and The Clone Wars (2008-2014) so dumb?
16
Are the B1 battle droids in Star Wars self-aware?
10
Are any Star Wars materials written from the perspective of the droids?
7
Are Gatekeeper droids from Star Wars capable of movement?
19
How does R2-D2 — or any astromech droid — routinely get into and out of a T-65 model X-Wing in the timeline of the original trilogy?