As the title mentioned, it featured who I think is the protagonist being able to take command of a huge 'monster' or 'robot' (unsure of what type of thing it was that, if I recall correctly, was orange and transparent/see-through, seemingly made of energy. Might have had designs along its body of a different colour, white perhaps, but my memory is very hazy.

I can't be sure, but perhaps other characters could also take command of avatars of their own, they were all super huge, the size of small buildings I think. I don't even remember what shape this 'monster' would have had, whether it was humanoid or resembled an animal or something. This has haunted my memory for years.

On Young Justice season 2 (2012-2013), Tye Longshadow controls a giant transparent orange astral form that he projects around his physical body: 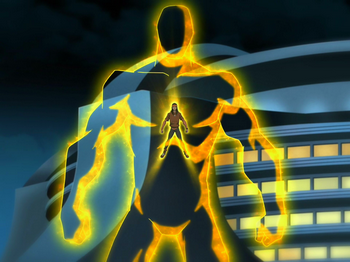 This character is the equivalent of the Super Friends hero Apache Chief.

No other characters on Young Justice show this ability, and the astral body has no distinctive markings in a different colour, so this isn't a perfect match for the description you gave.

I vaguely remember my daughter watching something that sounded like a possibility. It's was called Ushio to Tora.

In Green Lantern: The Animated Series (2012-2013) episode 1x23 ("Larfleeze"), the alien known as Larfleeze channels the power of avarice (greed and envy) to create orange energy effigies of himself and his victims.

Although Larfleeze is human-sized, his energy constructs can be much larger: 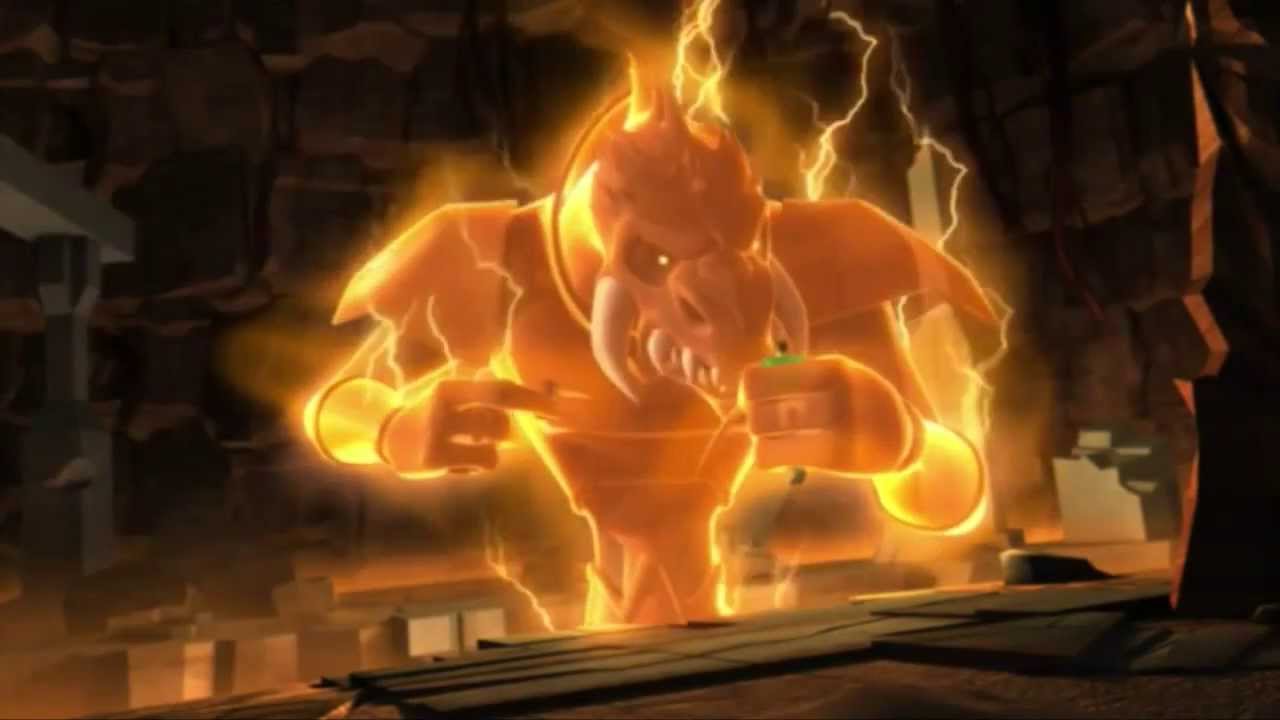 The Orange Lantern Corps (of which Larfleeze is usually the sole member) has a logo (circular, with radial lines) that appears on their uniforms and on their constructs: 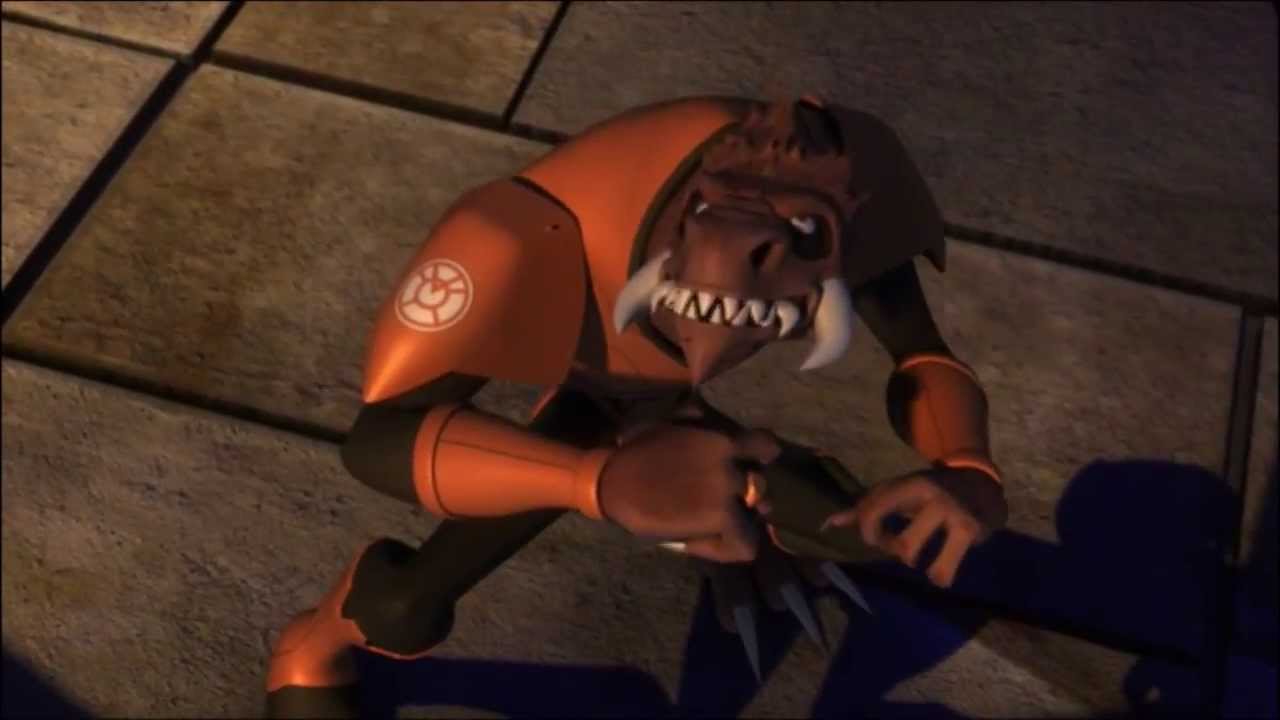 — Orange Lantern Corps logo on the shoulder of Larfleeze. 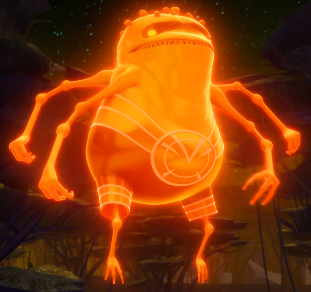 — Logo on the chest of an orange energy construct.

0
Anime where the protagonist(s) control huge robots from within, with orbs at the ends of the chair arms
4
Help identifying name of a cartoon that featured a dinosaur in space
6
Manga/anime/game: protagonist suffered accident that made him see monsters except for one girl
5
Looking for name of a fantasy novel that featured a red-haired male protagonist
8
Cartoon or anime about people with elemental powers who could see auras
4
80s Mecha anime/cartoon about a giant spaceship that could transform into a humanoid robot form
2
Anime with teenager fighting huge fish-looking monster that could fly
5
80s/90s anime/cartoon with grey robot protagonist with elongated head riding a hoverboard