Story about a quantum hedge maze

I read this story about 10 years ago, though I don't believe it was a new story by the time I read it. This story likely came out in the 80s-90s. The main plot dealt with a mysterious garden behind a house, which contained a hedge maze. Entering and exiting the maze would leave you in a slightly different version of the world, depending on how many different turns you took while in the maze. Going a single turn into the maze and returning could leave you in a location where only minor changes had occurred (e.g. what others had for lunch), but going deeper could lead to drastic changes in the surrounding world. While it likely wasn't explicitly said, there was some indication that this had to do with some quantum effect, and was demonstrating many-worlds. This is not the story mentioned here or here and is not The Garden of Forking Paths, though the theme of bifurcation/many worlds is similar.

I vaguely remember another story that may have been in the same anthology, if this was in fact grouped together. The only clear memory of this story is imagery of a snake eating its own tail, which was relevant due to some time travel (that was only accessible at certain locations) occurring in the story.

In The Last Universe, Susan is forced to care for her sick older brother, Gary. Every day since Gary has become wheelchair-bound, he has insisted on Susan wheeling him into the expansive garden behind their ancestral home. Susan has always been afraid of the garden and becomes even more so when tropical plants spring up overnight among the native Massachusetts flowers. Other odd things begin to happen, too, such as paths suddenly coming out in different parts of the garden. Even though Susan wants to stay away from the garden, Gary insists that something in it is going to make him better. One day, they discover what this something is – a quantum hedge maze built by their scientist great-uncle. Soon, however, the teens realize that not only can the maze make Gary better, it can also make things a lot worse. 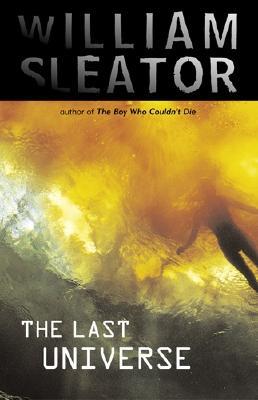 The key detail that I didn't remember at first was that one of the characters was wheelchair-bound because of an unspecified illness.

The story is The Last Universe by William Sleator. Instead of a single character exploring the maze, two siblings do. The brother, who is wheelchair bound, wants to explore the maze to find a world where he is not sick, whereas the sister is more cautious.

2
A book I read as a teen: maze that transports you to the past, girl chasing baby carriage
13
Comics about a quantum labyrinth