Why does the Doctor not believe in Satan?

In S011E08, the Doctor says, offhandedly, that she's "not a great believer in Satan."

However, in "The Impossible Planet" and "The Satan Pit," the Doctor met the Beast, which, while not precisely the same entity as the one from Abrahamic lore, has the general physical appearance, possesses people, and basically calls itself Satan. 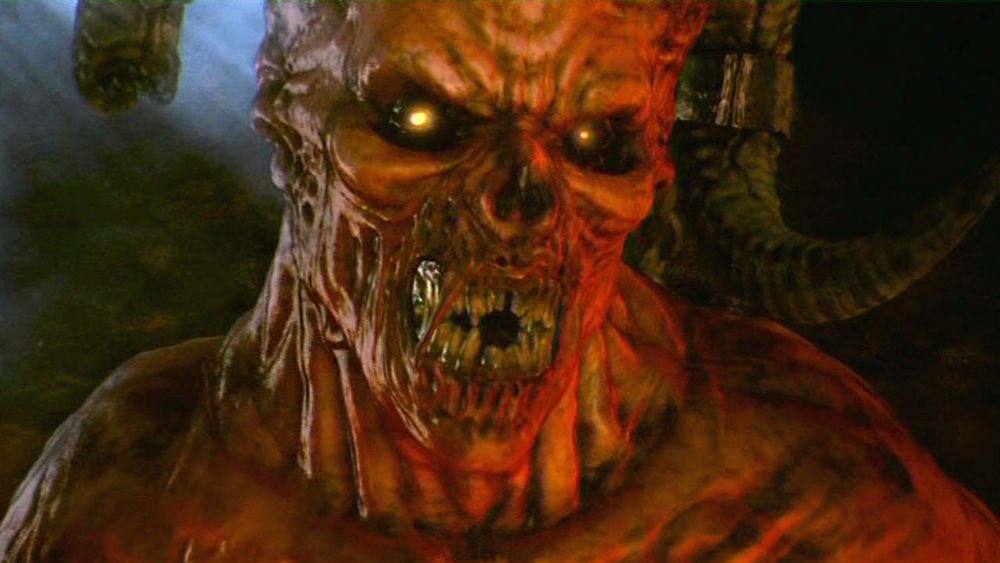 She also must have heard about its son, Abbadon, from Captain Jack Harkness.

Why, then, does the Doctor say this?

Because even in the episode "The Satan Pit", the Doctor refuses to accept that this being really is Satan.

I accept that you exist. I don't have to accept what you are, but your physical existence, I'll give you that

And from the end of the episode

Rose: What do you think it was, really?

Doctor: I think... we beat it. That's good enough for me.

While he refers to having encountered Satan in Series 4, this seemed to be more for the purposes of showing off (like Sarah Jane referring to the Loch Ness Monster in Series 2) than him actually accepting the creature's identity.

I'm guessing she's referring directly to the Abrahamic Satan. She doesn't believe in him because she knows he's just an idea resulting from the mental projection of The Beast, who is basically just an extremely powerful alien.

If miracles by Angels turned out to be the work of angelic-appearing aliens, I would say I don't believe in Angels because I know the true source (even if they are effectively the same).

I should note that when I say "Angels" I mean the bible ones, not the statue ones.

To the Doctor, the Beast does not qualify as a supernatural devil-figure, not even if it might have been the entity identified as "Satan" in human Christianity, and not even if it might have been the root of all the evil on Earth or all the evil within Mutter's Spiral Galaxy. A Time Lord's understanding is deeper than that, and her horizons are broader. Gallifreyan science probably includes everything the Beast was capable of in its conception of "natural". Also, she's been places where the local evil had nothing to do with the Beast. Lots of them, I'd imagine.

The Doctors problem is with this philosophical framework. Even if she knew for a fact the beast from Satan's Pit actually was the same one from Abrahamic Lore, and yes she's met actual magic wielding witches in The Shakespeare Code, her problem isn't about identity. It's about labels. "I don't like her, so she's either a witch I can hang, or an innocent soul I can save by drowning her now before she falls into Satan's grasp."

The Doctor is desperately trying to get them out of this incredibly convenient so-long-as-you're-in-power framework of thinking so that they can help her save the world from a muddy end. The Doctor needs companions. Ones that think. Not ones that use labels as an excuse to turn off their brain.

So I don't think Satan is at the top of her list of fun famous names to awkwardly drop into a casual conversation with a witch hunting King James.

"Satan? Oh I've met him. He can get in your head and doodle on your face but mud's not really his style".

The linguistic point missed by the other (far more knowledgable) answers is that if I say "I believe in love" or "I believe in the power of love", I don't mean I accept the existence of 'love': I mean that I believe it love the capacity to transform people and their interactions, with far-reaching consequences cascading down timelines.

So by saying they're not a "great believer" in Satan, the Doctor conveys that whatever else is the case [mainly what @Parrotmaster wrote and its first comment by @BinaryWorrier, as well as the accepted answer], this Satan guy isn't as high on their list as say Daleks.