Who is in the Amazing Spider-Man Post Credits Scene?

In the post credits scene in The Amazing Spider-Man (2012),

Dr. Curt Connors (The Lizard) is in a jail cell. He has a conversation with someone. Who is this person or villain?

Who was this mysterious person?

Instead, the end (and credits) of The Amazing Spider-Man 2 reveals the "man in the hat" 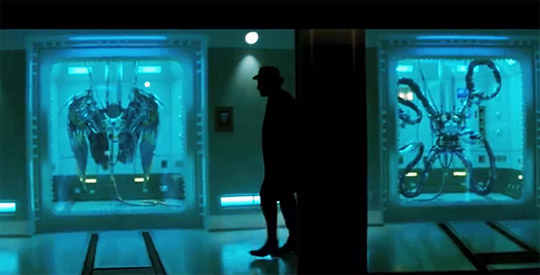 or "man in the shadows" 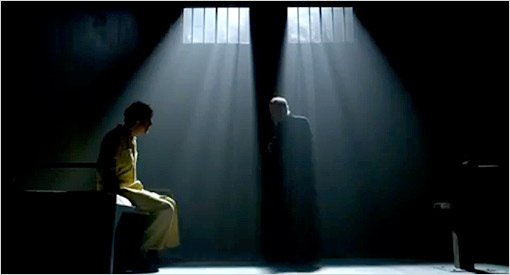 Gustav Fiers, aka "The Gentleman". 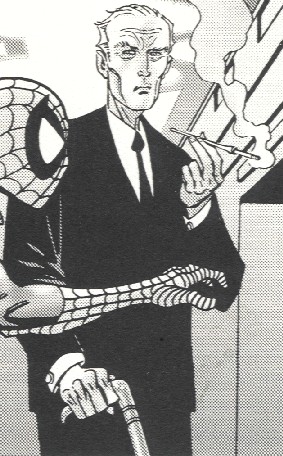 In a set of Spider-Man books, Fiers assembles a version of The Sinister Six in an effort to attack Peter Parker in an attempt to exact revenge for the actions of Peter's parents.

In The Amazing Spider-Man 2,

we see Fiers conspiring with Harry Osborne to put together a team using equipment from Oscorp Labs.

Gwen Stacy is most famous for her death, so it is likely that this scene will be played out in the next film. Gwen Stacy dies when Green Goblin (Norman Osborn) throws her off a building, and Spiderman, not yet fully adept at using his abilities and tools, catches her with his web, but stops her too fast, and breaks her neck in the process.

So, given that, along with his constant mention throughout the films, odds are the lead villain will be Norman Osborn.

However, the final scene shows the mysterious man disappear from within the cell during a lightning flash. Assuming that the man was literally within the cell, and not just a hallucination of Dr. Connors, that behaviour would indicate either Mysterio (illusionist and escape artist) or Electro (who can merge with and travel via electricity), both of whom have worked under Norman Osborn in the past.

Now that the sequel is out, it turns out the correct answer was Gustav Fiers, aka. The Gentleman.

Based on the lightning and the fact that the man appears inside the cell and disappears again seemingly with the lightning, im guessing it's probably Max Dillon, AKA Electro.

The extra scene shows an imprisoned Curt Conners who is visited by a mysterious man. A brief exchange of dialogue ensues, and Curt warns him to leave Peter Parker alone. The man, hidden in the shadows, is believed to be Norman Osborn.

Norman Osborn is also known as the Green Goblin.

This is not a proof of the identity of this man since there is no source to the "is believed" section. But this belief seems widespread, since the cast section of The Amazing Spider-Man (2012) on IMDb got an entry for "Michael Massee" as "Man in the Shadows". The link on "Man in the Shadow" also lead to :

But this proves nothing, as the content of IMDb is suggested to the IMDb database managers by internet users.

It fits TheSpacePope's answer, although the actor who will play Max Dillon in the 2nd movie (Jamie Foxx) is not the same that 'appeared' in the 1st movie (Michael Massee).

Besides having heard Jamie Fox confirming it yesterday (at the Oscars 2013 ceremony), he appears credited both in IMDB and Wikipedia.

Well, it's hard to say. It VERY POSSIBLE it could be Norman Osbourn (Green Goblin) since his name has been brought up all through the movie. But, if you go by the comics, the next movie will reveal Peter's parents as spies against America working for the Red Skull. However, Peter would learn the truth that they're really CIA agents (see Amazing Spiderman annual 5 for details). I think Chamelion (brother of Red Skull) will be the next villain.

The lightning and amazing disappearance and appearance into thin air make me believe its Dr. Strange. He's a master magician and would be able to pull that off.

Ezekiel, or more likely, the Jackal.

mattmatt
11
4
Add a comment  |
Highly active question. Earn 10 reputation (not counting the association bonus) in order to answer this question. The reputation requirement helps protect this question from spam and non-answer activity.