How can the crystal foxes in The Last Jedi be living?

They're made of minerals and crystals, as far as we can see, so what holds them together? Is it the Force?

I don't know the canonical answer, but flesh-and-blood creatures can have crystals growing off of their fur.

This is an image of a furry animal with ice crystals growing off of its fur: 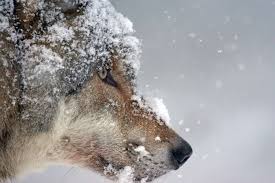 It lives on a planet where it rains both liquid and crystal water, depending on temperature. Edit the first picture shows a creature with ice crystals that had actually precipitated and collected on its fur-- not ones that had grown there.

However, this creature has ice crystals growing off of its hair and clothing, because of the ambient air temperature around it, and the humidity it exudes from breathing: 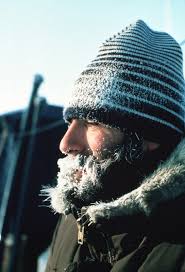 The very short answer is that although the outer "fur" of the Vulptex is crystalline, the inner part of the animal appears to remain mundane flesh and blood.

"The theory is they’ve fed off this planet for so long that their fur has become crystalline. They’ve taken on the very surface of the planet they live on.”

Vulptices are foxlike creatures with coats made up of crystalline bristles

The film's Visual Dictionary indicates that over time the animals have evolved to take advantage of their surroundings (and abundance of crystal salts) but there's no good indication that their physiology defies logic, any more than a snail does because it has an integument made from metal carbonate. 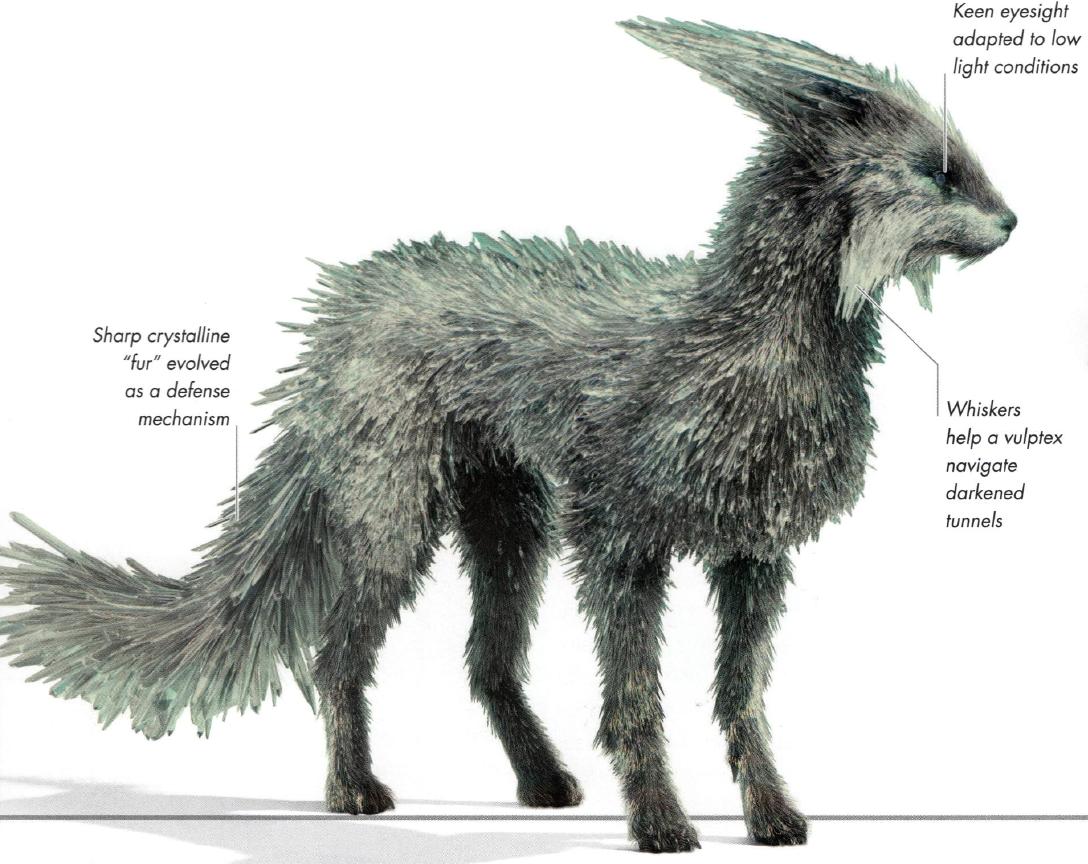 But no, it wasn’t his imagination. There really were animals back there—dozens of them. They were small—not much higher than a person’s knee, with long, pointy ears and drooping whiskers framing their faces. Their bodies glittered in the transports’ lights, and Poe realized what he’d thought was fur was actually a dense covering of crystal bristles. When the creatures moved, their fur made a sound that reminded him of the wind chimes of distant Pamarthe.

Although not part of the official canon, you can see from the film's making-of VFX video that the crystals appear to project directly from the Vulptex's skin rather than simply being coated onto their fur.

1
How can lightsabers have crossguards without an imperfect crystal?
8
Could Chirrut Îmwe have constructed a lightsaber out of Jyn’s kyber crystal?
8
What are the crystal critters?
14
How could the First Order see the Resistance ships at the end of The Last Jedi?
9
Is the Sullustan in the Last Jedi Nien Numb?
0
Is there blood on the planet Crait?
35
How could Kylo Ren move Luke's lightsaber in The Last Jedi when he couldn't in The Force Awakens?
9
Who are the "Last Jedi"?
7
Is the storyteller kid at the end of "The Last Jedi" Force-sensitive?
17
Can Sith crystals be "bled" by Jedi?