Did Bender grow or did he replace his shell?

At the end of the Lethal Inspection episode of Futurama, we could see a baby Bender exiting from production for inspection. 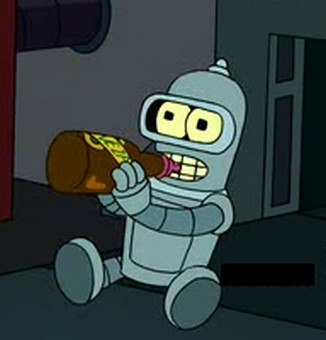 This unit is significantly smaller than the Bender we know. How does he get to full size? Did he grow or did he get his pieces replaced for bigger and taller ones?

I think it's reasonable to assume Bender grew. In The Bots and the Bees (Season 7, episode 3) we see Bender's son grow through a montage from being born as a tiny Tamagotchi-sized robot up to a teenager-like robot. 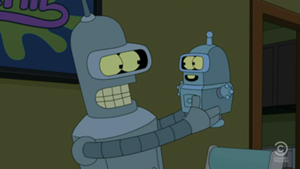 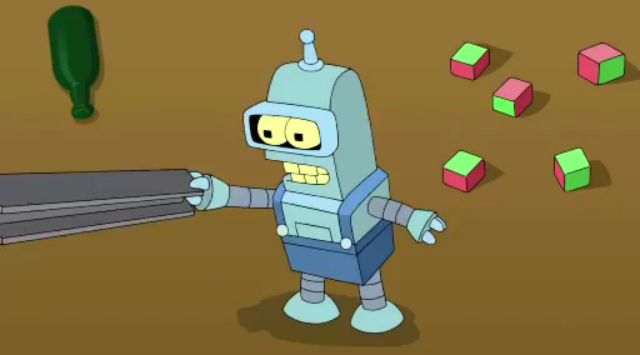 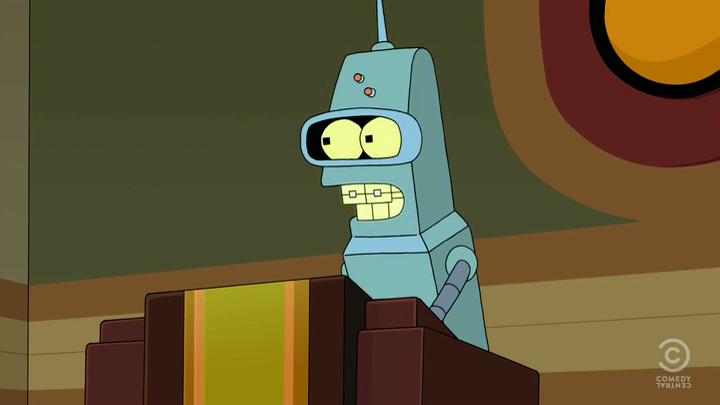 There was no indication of part shifting or replacement at any point, so it indicated that he grew as such in the absence of evidence to the contrary.

It gradually becomes more and more clear that robots in the Futurama universe appear to be less what we know as robots, and more an alternate state of life.

They laugh, they learn, they love. You know, typical robot stuff, apparently.

In any case, their chassis' have on several occasions been shown to be flexible and respond to stresses and stimuli (of note is Bender's binge in Decision 3012, where he bloats to enormous proportions, and Bender's "pregnancy" in The Route of All Evil).

There are also one particular episode that both supports and contradicts this view, in the same scene!

In Bender Should Not Be Allowed on Television, during the audition scene, a robo that "grew up and became a convenience store" is pointed out, alongside a child acting unit that "isn't as cute since he got puberty installed" (emphasis mine).

Still, all things considered, it is reasonable to assume that Bender did in fact grow.

Edit: This just occurred to me, but it is likely that the ability to grow and change is the byproduct of another robot feature that actually makes a lot of sense.

Over the course of the series, Bender (and other robots) are shown to have access panels, plugs and outlets that are not normally visible.

At least Mom's robots are likely engineered to have access panels (etc.) that can be completely covered by malleable metal "skin" in order to operate more efficiently in their original environment: As mining robots.

Mines are full of dusts and gases and other fun stuff that could easily wreck a robot from the inside out if given free rein, but having completely sealable access panels would prevent this.

Bender's son Ben grew up in the last episode, and in the episode Teenage Mutant Leela's Hurdles, the crew starts aging backwards to the point where they are the point before pre-birth. In that episode you see all of Bender's aging stages backwards.

15
How old is Bender?
10
Are there more bending units named Bender?
8
Why does Bender always say his name after he refers to himself?
14
Does Bender ever kill a human?
8
How long does it take for Bender to rust?