Sci Fi book about aliens who abduct people on the eve of a nuclear war, send them back periodically to check whether Earth is survivable

I'm looking for the title and author of a book (possibly from the 60s or 70s) where the world is on the brink of nuclear war and aliens abduct people from around the globe and put them in suspended animation.

They are then woken up in small groups at intervals of time to be sent back to Earth to see if it is safe to live. The first groups die from radiation sickness, but the last group survives​ and find other survivors (in Antarctica I think).

They then group together to defeat the aliens.

The Dark Millenium by John Glasby (writing as A.J. Merak). 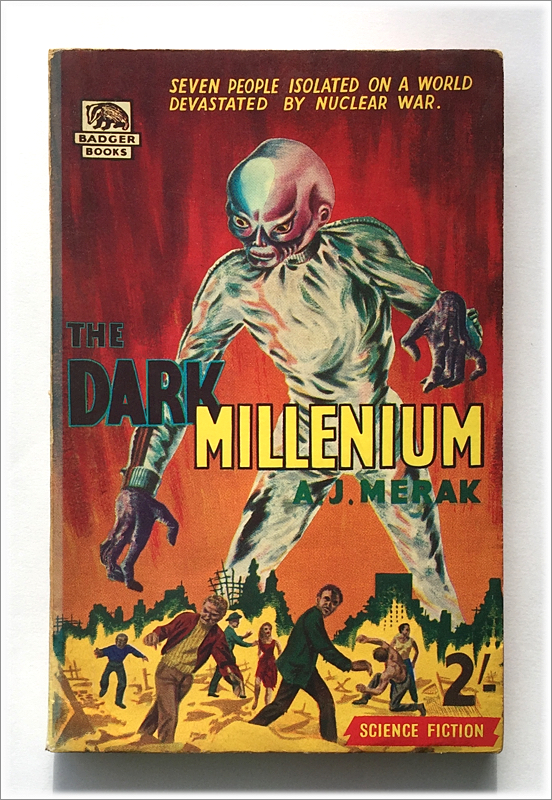 The Third World War, fought with nuclear weapons, was a short affair which was over within days. But the holocaust it caused, lasted for the best part of a thousand years. Five isolated groups of people, struggling for existence in the terrible aftermath of the war, were picked up by the crew of an alien vessel and carried away into the depths of space.

Here, they are put into a state of suspended animation and small groups are sent back to Earth at regular intervals throughout the next Millenium. The first groups are killed, either by the hard radiation or by the mutants and savages who now occupy the planet.

Looked upon as warlocks descended from the sky, they are put to death by the superstitious people and it is not until the end of the thousand years that the last pair of people succeed in locating a group of humans still existing beneath the ice cap of the South Pole.

Fleeing to an uncharted island in the Pacific, they build the weapon which destroys most of the alien fleet, but it remains for a forgotten miracle to destroy the flagship. 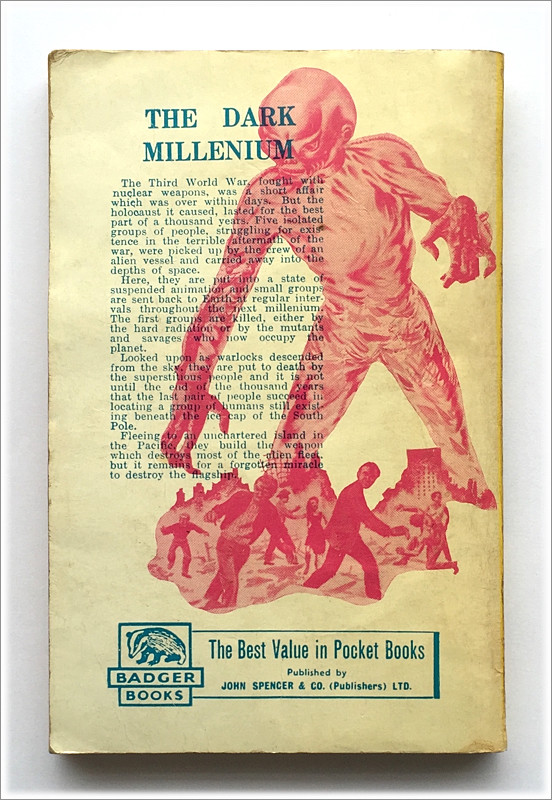 Not the answer you're looking for? Browse other questions tagged story-identification books aliens post-apocalyptic or ask your own question.