Why do immortals not use any neck armour in Highlander (1986)?

An Immortal in Highlander can die only if decapitated. That is their only vulnerable point in a sword fight. (I stick to the canon of the original Highlander, as in Highlander V we see immortals resurrecting after they die.)

I think it is extremely unwise not to protect the neck with any kind of armour - especially when being able to prepare for a fight. The importance of protecting the neck has been recognised by mortals - they used gorgets, aventails, bevors, etc.

Why is the use of such protection uncommon among Immortals?

In case of any inconsistencies I consider only the original (1986) movie canon.

In the original movie Immortals do not die and resurrect, they also do not lose consciousness when stabbed, impaled, drowned etc.:

Notably, they don't wear any armor at all. Getting any serious wound that immobilizes you would be just as fatal as a blow to the neck, because if you are wounded or helpless, you will get your head chopped off no matter.

It would seem that the immortals have a full focus on speed and mobility, with as little to distract as possible, since they only expect to be fighting duels. Connor's ugly sneakers in the first fighting scene confirms this: he picked functional shoes over something that would actually match his trench coat.

And in case they expect a full-scaled battle against mortals, they do wear armor, as we can see in the first movie: The Kurgan is wearing some manner of plate armor, although with no particular protection for the neck.

As others have noted, a neck collar wouldn't help much once one was rendered unconscious or dead-and-not-yet-resurrected. Even if the collar wasn't removable, surely it would count as a beheading if one could slice over or under the edge of the collar? Which suggests the 'collar' needs to actually cover the entire head and a good portion of the torso - highly cumbersome.

There is also this to consider: Most immortals are trying to blend into society, to not draw scrutiny by those around them [mortal or immortal]. Exactly how inconspicuous do you think YOU would be if you always went around wearing thick neck armor?

Even the armor of mortals often neglects neck protection.

Most rigid helmets prior to the plate armor of mounted knights had nothing heavier than the fall of a chainmail coif protecting the neck, and that armor was relatively short-lived, lasting only a couple centuries before being rendered obsolete (for mortals) by guns. Also, rigid neck armor generally is very restrictive of head movement, which is necessary for the kind of fighting the immortals seem to prefer.

In the end, an immortal without neck armor who can see around himself and move freely during battle likely has the advantage over one with neck protection that restricts his ability to keep track of a fast-moving opponent.

What exactly are you trying to protect against?

Immortals generally are not decapitated in the heat of battle, but after being beaten, followed by beheading executioner-style. There are exceptions like Kastagir, but most of the deaths at least in the first movie come against relatively helpless opponents like Fasil.

If you can't keep your head from being cut off in the course of trading blows you're going to die anyways, and if you can a neck collar isn't going to matter when you're disarmed and on your knees and as others have pointed out would be actively detrimental to avoiding that state.

Sometimes they do. In Highlander: The Source, immortal character 'The Guardian' wears a big stupid-looking metal collar. It must be to ward off blows to his neck since he can't possibly be wearing it for its fashionable look. 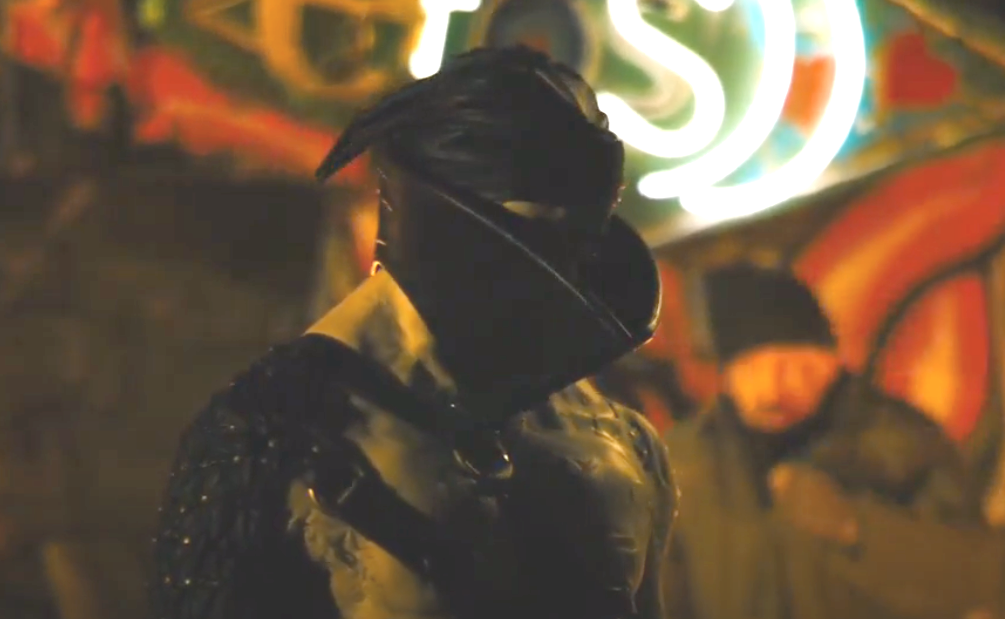 Not the answer you're looking for? Browse other questions tagged highlander armor highlander-franchise or ask your own question.

2
Were there any other Immortals aside from Connor and Duncan MacLeod who were relatives?
5
In any of the Highlander movies (except #2), is there a clear implication that Only One remains?
17
How many Immortals are there in Highlander Universe?
15
In Highlander universe, why don't Immortals just hide?
16
Were there Immortals who did not honor the Holy Ground tradition?
9
Why are all Immortals relatively close in power?
7
Are all the people on planet Zeist immortal/Immortal?
6
Is the Kurgan referring to Jesus?
14
Why didn't the immortals sense the presence of the Kurgan nearby?
6
Why don't Immortals use guns in the Highlander TV series?