Are there recent depictions of Al Qaeda and/or ISIS as villains in Marvel Comics (non-movies)?

After the tragedy of 9/11, Marvel had a few very iconic panels such as 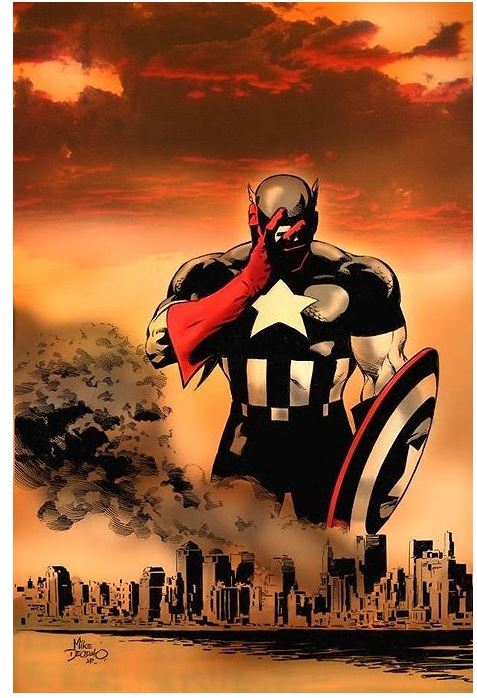 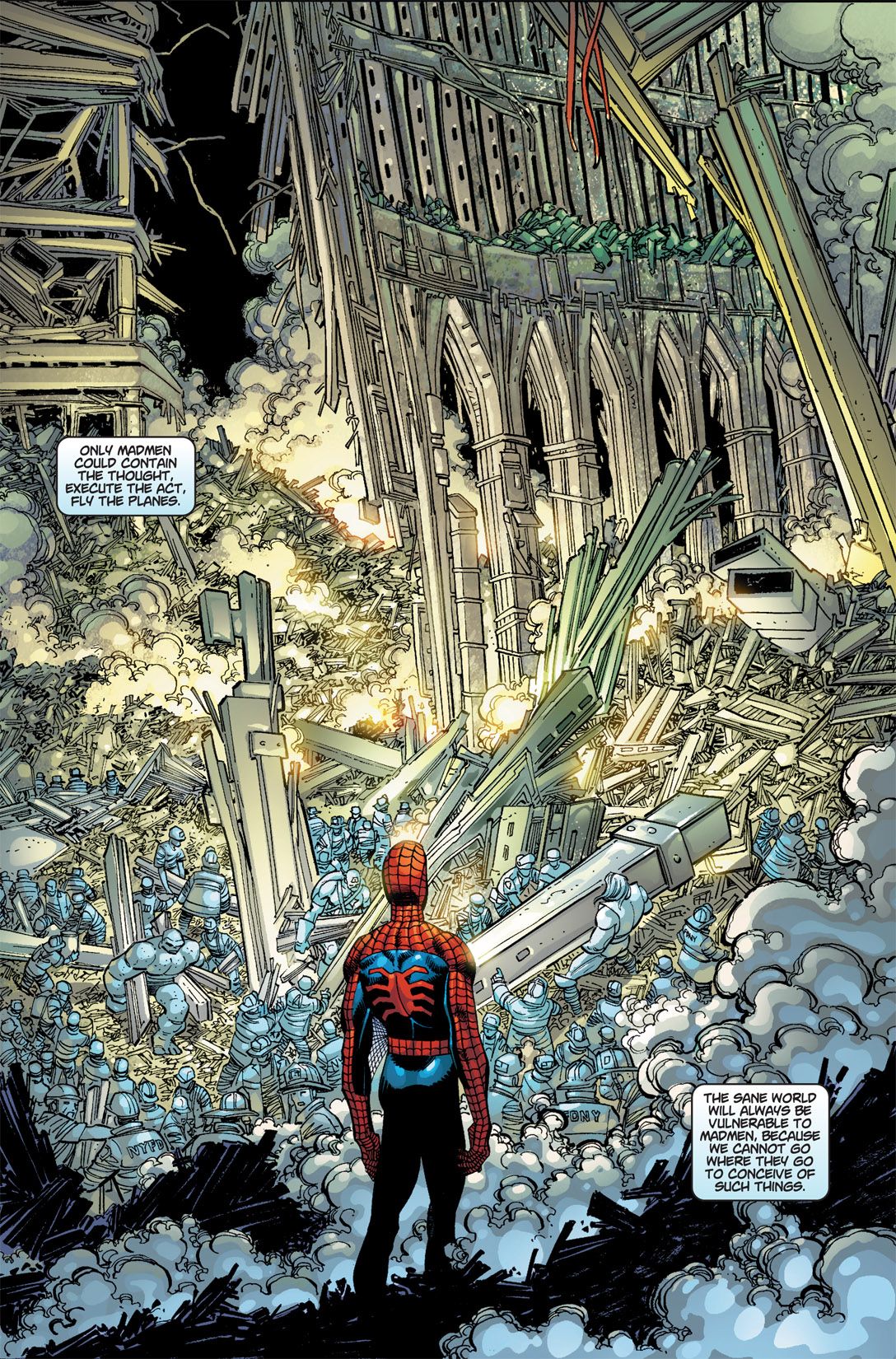 Are there recent Marvel depictions (depiction prior to December 1st, 2018), that actually drew and not just mentioned in dialog, of Al Qaeda or ISIS as a villain in one of their comics? Books only, not interested in the movies.

In Secret Avengers #1 (2013), S.H.I.E.L.D. works to bring down Andras Bertesy, a Hungarian arms dealer also versed into dark arts. The guy is reported to want to sell teleportation energy to Al-Qaeda cells, which would enable them to teleport into any building (say, the White House).

A deal takes place, with a "high-value American target" at stake. Skip some panels, a terrorist teleports into the Oval Office, only to be greeted by Nick Fury shooting at him. Now as the guy isn't formally introduced, I cannot 100% guarantee he is indeed Al-Qaeda, but given the above dialogue and his rather stereotypical look, he probably is. 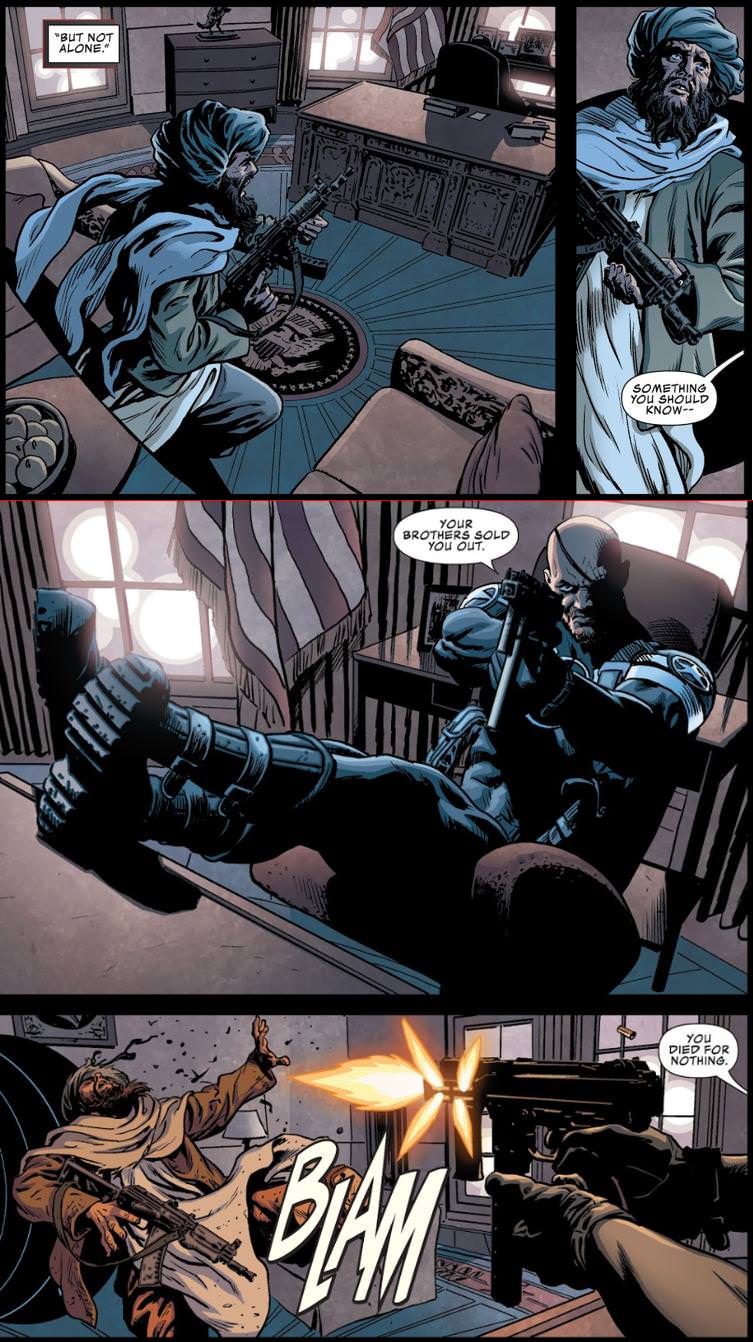 It's a tad bit "cheating" as the comic is a movie tie-in, but in Avengers: Infinity War Prelude #1 (2018), Sam, Steve and Natasha retrieve Chitauri-fueled weapons from terrorists; a truck bearing ISIS' flag (or something really close) is briefly shown. 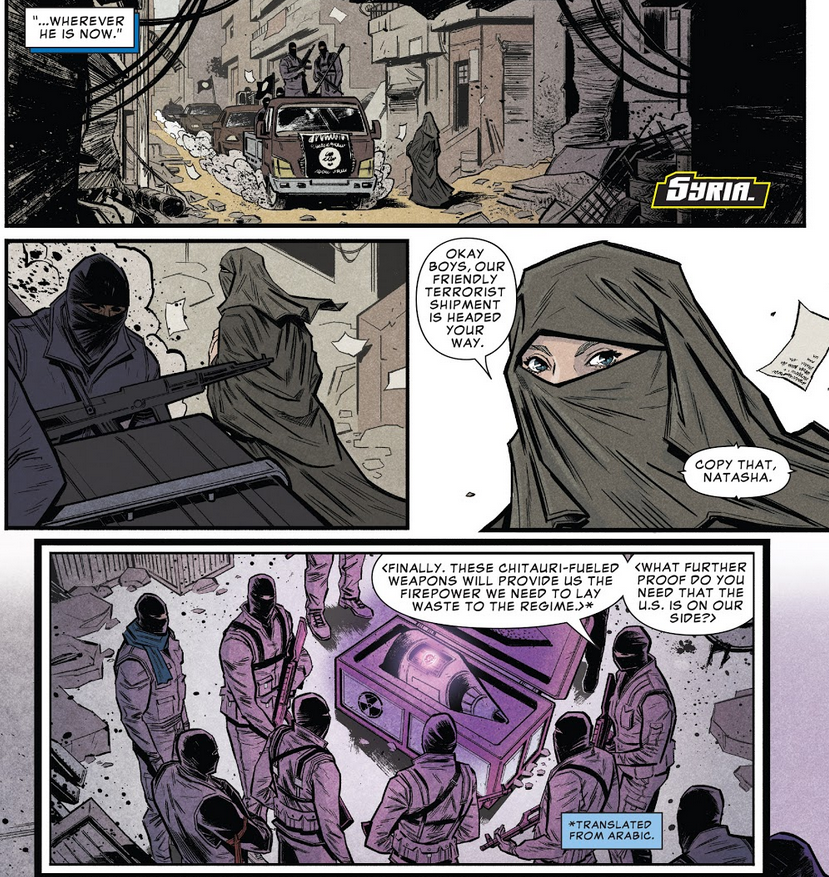 There is a possible Al-Qaeda character in Marvel Comics Presents #7 (2019). Wolverine travels the world in the search of a demon, who appears every decade in the "worst place on the world" (bomb sites, tsunamis, etc). In 2001, he's depicted at Ground Zero, and later in a fight with the following guy. While his faction is not mentioned, given the reference to 9/11, what a U.S. writer would think was one of the bane of the early 2000s, and Marvel's lack of subtility in general, I think it's possible he is meant to be a Taliban or Al-Qaeda (the two started as independent groups but later went on having lot of connections). 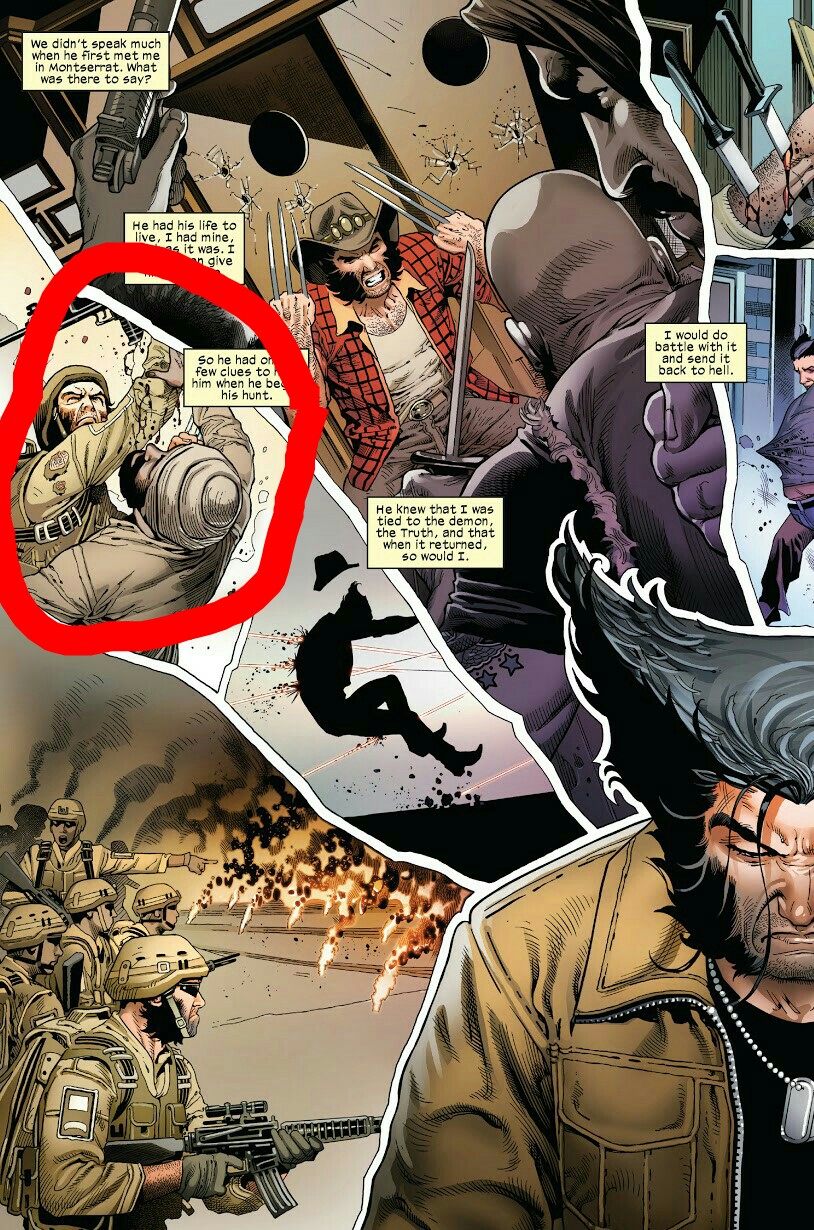 According to the Marvel wiki, within the 616 universe, members of Al Qaeda have appeared in Amazing Spider-Man Volume 2, #36 and Secret Avengers Volume 2, #1. They appeared in the 1610 universe in Ultimate Comics: the Ultimates Vol 1, #22. 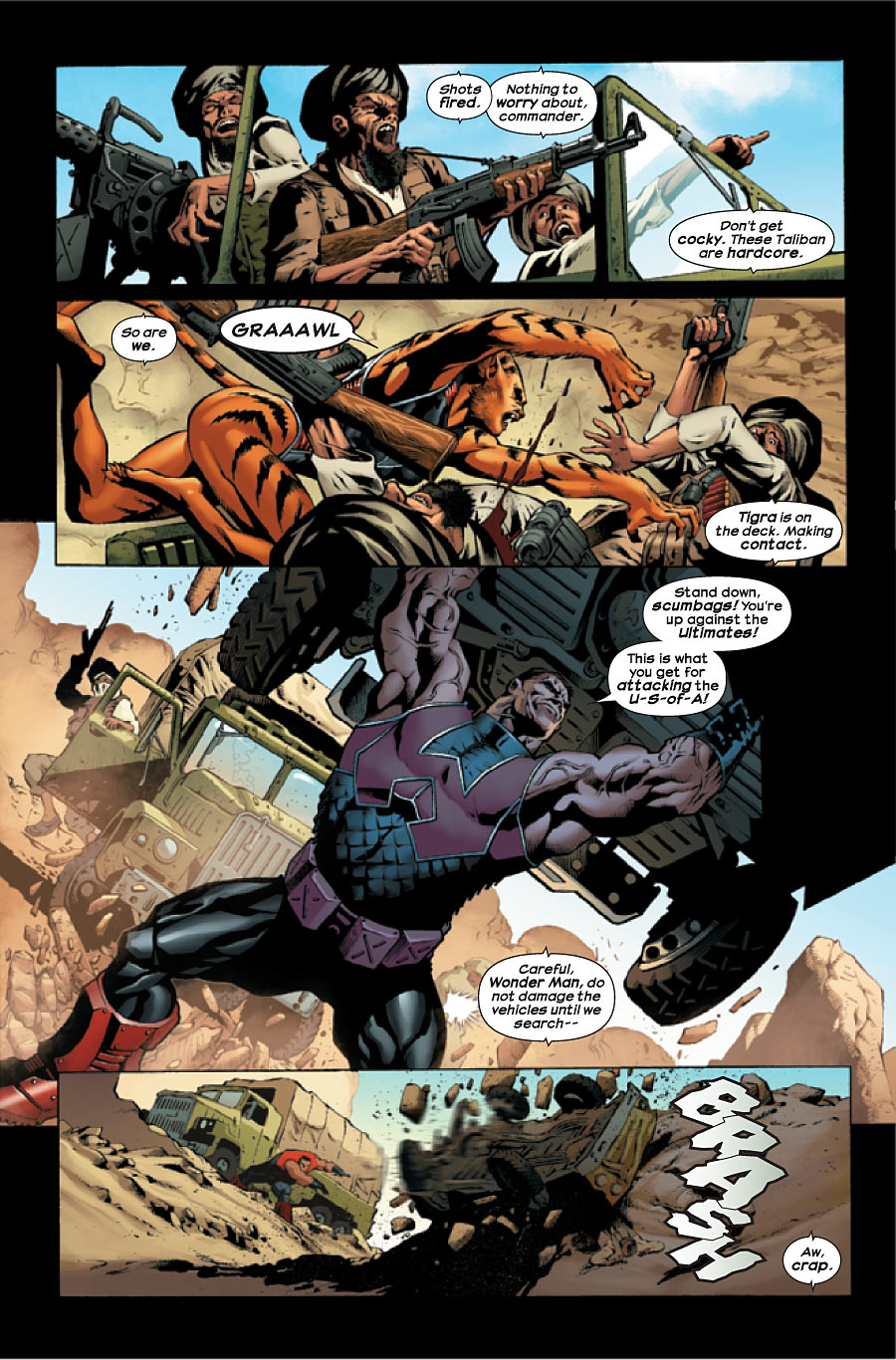 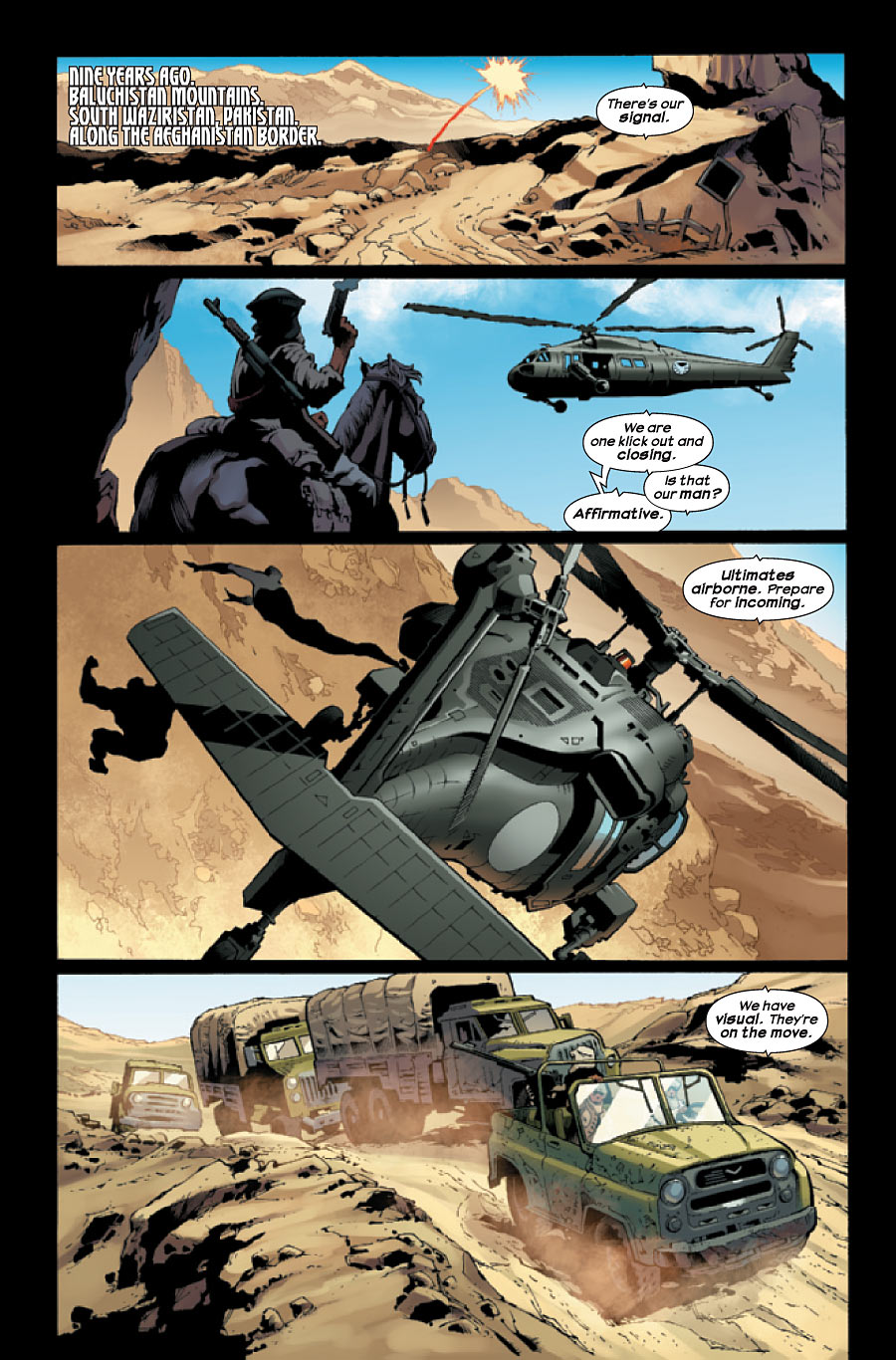 16
Is there a difference between Marvel and DC Comics' philosophy?
43
Are there any actual gods in Marvel comics?
7
Does Marvel Comics have any superheroes/villains from the American Civil War?
2
Are there any mutant inhumans in marvel comics?
13
Who was the first Hero to reveal his secret Identity to the public?
19
Are Skrulls always evil in Marvel Comics?
19
Has either Batman's or Superman's identity been accidentally revealed by someone in the comics?