A friend lent me an interesting book in about 1985 that was a fictional history of spaceflight from 2000-2100.

It was a largish book, with full-color full-page graphics, with only a couple paragraphs of explanatory notes per page. It covered our contact with Alpha Centauri, the development of various spaceflight technologies like new engines, and new spaceships developed for certain wars which happened.

The last half-dozen or so pages were dedicated to alien derelict spacecraft that we had come across, and the mysteries surrounding them. I remember that one of the derelict alien spacecraft was organic, and another one was semi-transparent like a 3-D hologram.

The book did not seem old-fashioned at the time, so I would guess it was from the early 1980's perhaps. In other words, it definitely wasn't 60's- or early 70's-era art or concepts.

Unfortunately I don't remember the name, author, or much of any wording from inside, other than our first contact being with a civilization from Alpha Centauri.

The book opens with an Introduction that details the highlights of the 21st century, specifically with reference to ships, engines and interstellar contacts:

Although the principles of nuclear drive systems had been put into practice as far back as the late 1980s, the work done by the McKinley Corporation, who produce the Ion Ultradrive engine, transformed them into highly efficient and economical power sources, and many of today's ships are equipped with engines that are virtually identical to those introduced in 2013. More important still was the the invention of the Warp Generator by Henri deVass fourteen years later.

Nevertheless, the deVass Generator opened the road to the stars and led to our first contact with an alien intelligence.

In 2036, a manned survey ship made contact with the inhabitants of Alpha Centauri, 4.3 light years away, and this meeting led to a happy and rewarding association. In 2045 the Trade and Technology Exchange Agreement was signed with the Alpha Centaurians, and one of the most important benefits we gained was the acquisition of anti-gravity techniques. These were successfully brought together in 2045 by Dr. Hans Berger in his Gravity-Resist Projector, the the form of spacecraft was transformed overnight. Now ships of very large proportions could safely be landed under most gravitational conditions, the Colonial III being a good example of this application.

The next major influence on spacecraft design was due to more unfortunate circumstances. In 2047 one of our survey ships was approaching Proxima Centauri, an inhabited system with which Alpha had a long history of conflict and antagonism, when it was attacked and destroyed. Soon afterwards Alpha was subjected to the worst thermonuclear attack it had ever experienced, this being followed by the destruction of one of our spaceliners with a full complement of passengers. The Proxima War had begun. It was to last for twenty years, during which time a wide variety of military ships was produced by all three Star Systems.

Ships designed during this era feature strongly in this book. Until the war, space travel was still a fairly limited activity and this was reflected in the comparatively small number of different types of spacecraft. The space war bred dozens of new craft, many of which were adapted for peaceful roles afterwards due to the exigencies of the reconstruction. 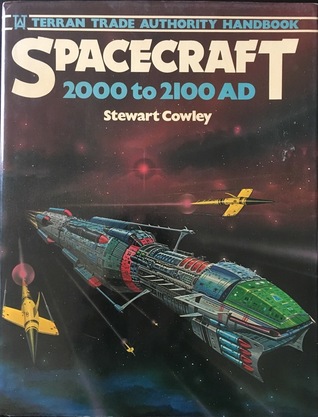 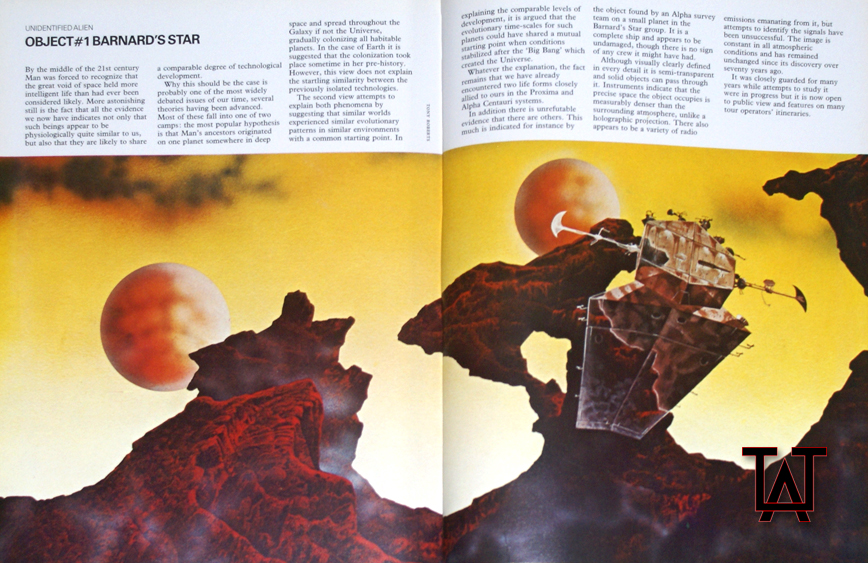 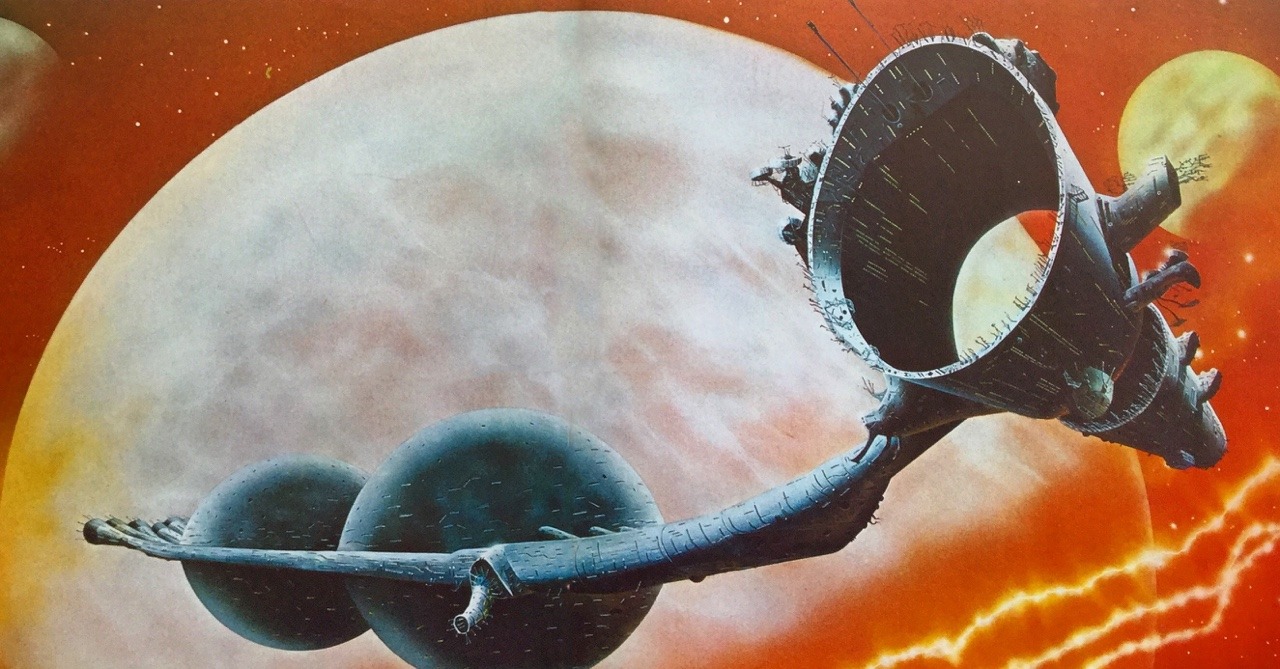 9
What was that Sci-fi book mixing classic art and book excerpts to build a timeline of the universe?

10
Short Story about aliens who offer to save earth's animals by taking them to a sanctuary on another planet
11
1980/90s scifi book about a librarian who recommends 3 short stories to two students at an alien university
4
Looking for a work of SF featuring six-fingered humanoids
3
Book With List of Horror/Monster Movies Published in late 70s/early 80s
6
SF Choose-your-own-adventure ID: Space junks, Darth Vader lookalike, and tentacle monsters
9
Trying to find a book series from late 90's to early 2000's or just early 2000's
6
1970s/1980s illustrated hardback book in the style of John Berkey, ends with battle between protagonist and aliens
21
1960s novel opens with astronaut waking from suspended animation to witness destruction of earth by tugging it into the sun