This is a short story that I read in a collection sometime in the mid- to late 1980s. The story takes the form of a series of vignettes over a long period of time, possibly including things like article excerpts, television transcripts, etc.

The plot concerns a scientist who deliberately engineers a contagious virus that reduces the fertility rate of people that are infected. It is still possible for infected people to become pregnant, but it takes a very large number of attempts, on average. The scientist takes steps to deliberately spread this virus as widely as possible.

The vignettes at first concern the reaction of the medical and scientific communities to the discovery of the virus. It is already fairly widespread at that point. Birthrates have plummeted around the world. No cure is found. The scientist is eventually discovered as "patient zero" and is either suspected of having engineered the virus (due to his background) or possibly makes a statement to the effect that it was intentional. The scientist is widely despised and is killed by angry mobs shortly thereafter.

Later vignettes establish that either the virus mutates or humanity adapts to its presence, so birthrates begin to increase again. However, the culture of having children has changed dramatically due to the fact that there is no longer any such thing as an accidental birth. The high effort required means that parents are heavily invested in their children from the start, with many positive side effects for society at large. Eventually, the much-reduced population comes to view the scientist as a kind of hero, and a statue is put up a stamp is commemorated in his honor.

Given the theme and the style, I would assume that this story was written sometime after the mid-1960s, i.e. after the publication of The Population Bomb and The Limits to Growth. However, it may have been written as early as the 50s.

How We Saved the Human Race by David Gerrold. I read it in David Gerrold's anthology In the Deadlands, which is quite recent, but the story dates from 1972 so it fits your time frame. I would guess you read it in With a Finger in my I. 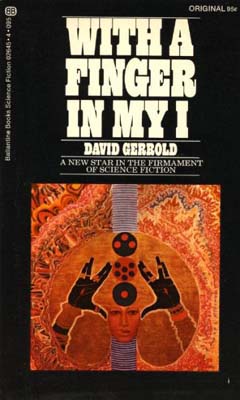 As you say, the story is written as a series of short sections. Some of these are e-mails, some reports and some other forms of communication. The protagonist is Dana Legerton. The story doesn't make it clear why Ledgerton created the virus, though he was an unwanted child and had a troubled childhood, and he suffered a lot of discrimination as a young man for being gay.

After it's discovered that Ledgerton created the virus he flees to Brazil where he is killed by a mob.

As you say, there is a gradual realisation that Ledgerton's virus has probably saved humanity. One of the sections is:

May 20, 2042 Report to the World Health Organization by Dr. Joyce Fremm
Transcription of remarks - for public release
...what has happened is this: The virus has mutated. It wasn’t stable. Few viruses are. We have, in the laboratories, taken the virus through a total of seven different mutations, each of which has a different effect on human fertility. At present, we have no way of stopping the virus completely, but if our early tests hold true, the human race will be able to stop worrying about its birth rate.
...
Gentlemen, without knowing it, Dr. Ledgerton seems to have stopped the population explosion

And as you say it changes the way children are seen. Another of the sections is:

May 19, 2049
Excerpt from today’s Psychology
...one of the effects is the disappearance of the term “unwanted child” from the language. There is no such thing anymore as an unwanted child. All children are wanted. Just look at the crowd of adults standing by the fence at any playground today.

The President announced today a new stamp commemorating the work of Dr. Dana Ledgerton, constructor of the fertility virus. The stamp will go on sale in four days, timed to coincide with the sixteenth anniversary of his death.