Why is Jefferson Davis-Morales working for PDNY (instead of NYPD)?

The movie Spider-man: into the Spider-verse focus on Miles Morales as the new Spider-man.

What surprised me when watching the movie is that his father Jefferson Davis-Morales is a policeman working for PDNY, not the iconic NYPD. This obviously stands for Police Department of New York, but the PDNY does not seem to exist.

The acronym can be seen in most scenes where Jefferson is on duty, like in the picture below, so it is difficult to miss and I am led to think it is intentional. 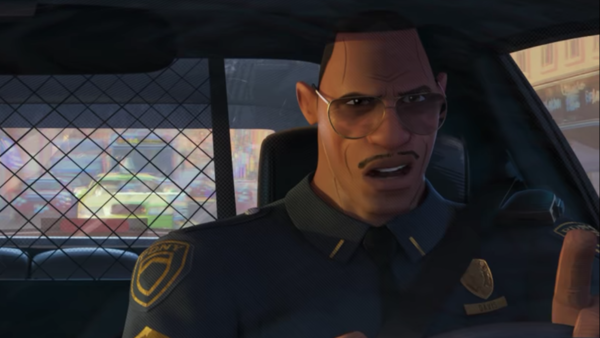 Is there any reason why Jefferson is not working for the NYPD?

The film is full of references to comics and previous Sony movies, so it may be a reference to a comic. But I couldn't find anything by googling PDNY.

Any Word of God on the matter?

It's definitely a different universe. To quote the Alternate Universe TV Tropes entry for the movie:

It's unlikely that it's a trademark issue. While it is true that that "NYPD" is a trademark, it's not one that's been defended aggressively, and I don't believe most movies pay to include it. Even so, this would have been fair use since it's not trying to confuse anyone into thinking this fictional police force in any way represents the NYPD.

Griffin added in the comments:

They also mentioned "PDNY" is used because it's an "alternate universe" in the Blu-Ray extras.

Dave Jacoby added in the comments:

Miles' uncle was old school, so when they go to the last untagged spot in the under city, they're playing his music: "Mary Mary" by Run-DMC, except it used a break beat from "Apache" by the Incredible Bongo Band, which in our world, didn't happen.

Not the answer you're looking for? Browse other questions tagged marvel spider-man spider-man-into-the-spider-verse or ask your own question.

8
Is there any precedent for Aunt May being Spider-Man's techie/helper?

13
What comic book line does The Amazing Spider-Man hope to follow?
2
How is the timeline of Marvel established amid the multiverse, reboots, etc?
4
Identify a Spider-Man comic featuring Spider-Man saving Jameson's astronaut son
27
Why did Otto Octavius use tentacles mounted on himself instead of remote controlled robots?
3
Which comic "Universe" is Spider-Man: Homecoming from?
9
Which dimensions from Spider-Man: Into the Spider-Verse exist in other works?
13
How does the *in-universe* Marvel Comics handle sensitive information like secret identities?
1
Is 3000 a reference to Iron Man in the comics?
10
Why did Miles Morales get non-spider-like powers (bio-electrokinesis and invisibility) that are vastly different from the other spider people?