I read this book back in middle school (about 1998-2000), and remember very little about the plot. What I do remember is this:

I believe it might have been the first (or second) of a series, but my library didn't have any of the other parts of the series (this was back before I learned about inter-library loan).

That story was called "Hero's Song" by Edith Pattou;

The blurb is as follows;

Hero's Song takes the reader on an epic journey through dark-aged Eirren, a parallel to Ireland. Collun is a young man and simple gardener living at peace with his family in their small humble home, but when his beloved sister disappears, Collun must go in search of her. Along the road he finds himself in the company of an aspiring bard,Talisen, a wizard, Crann who dies, a prince of magical beings, Silian an Ellyl which is kind of an elf, and a fiery archer with a mission of her own,Brie whose father was ordered to be killed by Collun's father and dresses up like a boy. The journey is perilous and filled with dangerous encounters. Collun learns the worst is yet to come when he finds the only way to reach his sister is by killing a horrific beast,that is called a Firewurme, which few have seen and lived to tell the tale,because it secrets a fluid that eats your flesh. And Collun travels to his father's home, who he didn't know, with Brie and builds a garden there. 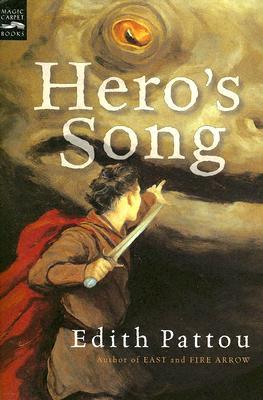 Blast! The initial description matched closely to Andre Nortons "Steel Magic" where three children each have an item of dinnerware grow to become a magical tool they need to complete a quest. The other details don't match though. 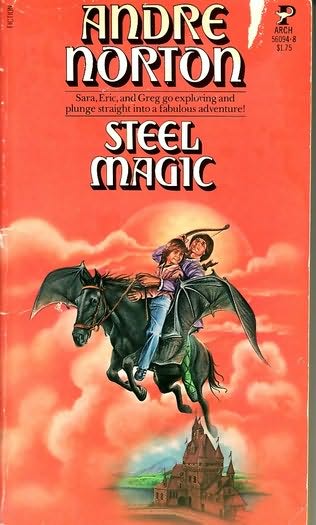 A final stand for Avalon... Sara, Greg, and Eric Lowry are exploring the woods near their uncle's Hudson Valley estate when they are magically transported to the land of Avalon. There they meet Huon, Warden of the West. When he tells them that the forces of darkness have stolen the three talismans that protect Avalon-King Arthur's sword, Excalibur; Merlin's ring; and Huon's horn-the children set off on a quest to find the three tokens of power. For Avalon stands as a wall between the Dark and the mortal world. And if Avalon falls, so does Earth....

Not the answer you're looking for? Browse other questions tagged story-identification books magical-items or ask your own question.

11
Book about a man who goes forward in time while sitting in his chair
8
Book about boy who suddenly attains powers, goes to school for kids with powers
33
A book about travelling to hell and cutting worlds with a knife
5
Young adult book about a girl who goes to live with her dead mother's people, who are aliens
6
Book about a young man with a cat sidekick
5
Book about a young woman at expensive hotel who goes into the “grey” and sees dead people
6
A book from the 70s-80s about a young man (Kevin?) with goat hooves who makes special boots to hide his deformity
21
Fantasy novel/series with young man who discovers he can use magic that is outlawed