Did Team Rocket’s Meowth ever get an opportunity to evolve into Persian?

Team Rocket’s Meowth has been in the show since the second episode of the Pokémon anime and is still around over a thousand episodes and over 20 movies later. Did he ever get the chance to evolve into a Persian (that was perhaps turned down, like Ash’s Pikachu and Ash’s Bulbasaur)?

Within the show we never see Meowth turn down an evolution to Persian but we do know that he's deeply contemptuous of his evolved form, as seen in (amongst others) POK: Mean with Envy when Meowth literally becomes incandescent with rage at the mere sight of a Persian. Presumably he'd refuse to evolve if the opportunity arose.

Meowth: [Angrily] - No Persian's making a Mankey out of me!! 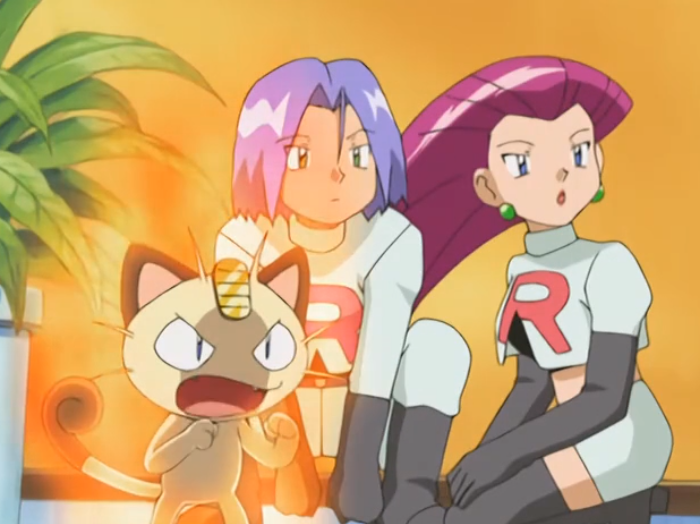 It's worth noting that Meowth rarely battles and doesn't seem know any of the advanced dark Pokemon moves that are common to his type. In POK: Meowth Rules, he states that

Meowth: I put so much energy into learning how to talk that I just can't learn Pay Day

Frankly it's possible that he's simply not got enough XP to evolve even if he wanted to. Not only has he not won a single legitimate battle in the show's entire run but he didn't even manage to hit Pikachu until more than 850 episodes in. It's also possible that his lack of slots has somehow stunted his capacity to evolve.

8
What is Jessie and James' success rate in Team Rocket's operations?
4
Can a Pikachu evolve into Raichu without the help of a Thunderstone?
18
If Jessie and James are such lousy members of Team Rocket, why doesn't Giovanni just fire them?
17
Who gave that Jigglypuff that microphone-marker thing?
7
Why do Jessie and James want Ash's Pikachu so much?
2
When did Ash and the gang get ultra guardian suits?