I remember a book I read possibly in the 70s or 80s, about a galactic cloud that had moved to expose Earth to something (the Radiant?) that could give people mind powers. But many people experienced the radiant as pain and madness.

The radiant was some kind of cosmic good; people who could open their minds to it experienced a great well-being (maybe also communication with each other?). There was propaganda against this power - a few twists in the story where one wasn't sure if it was beneficial or harmful. There was a scene in which the "girlfriend" character's father slipped in the shower and was yelling blue murder about having hurt himself, but she phoned Our Hero and told him her father had got the madness.

Possibly Scourge of Screamers by Daniel F. Galouye. Published in 1968. It has the Earth coming out of a suppressive field, developing a new perception that is perceived as madness.There was the belief that it was dangerous and part of an alien takeover. Don't remember the shower scene. 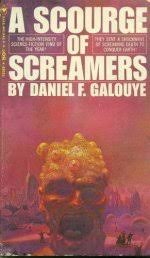 Could this be All Fools’ Day by Edmund Cooper. It matches in some respects though there are some differences from your description.

In All Fools' Day the Sun develops sunspots that start emitting an unknown form of radiation called Omega radiation. This drives most people mad and ultimately kills them, but there exist small numbers of people with mental powers who survive. I can remember if people get their powers from the Omega radiation or if they already had them.

The mass suicides that result from the madness are called the Radiant Suicide, so it does include the word Radiant. Finally, the book was written in 1966 so it fits your time frame.

But their is no mention of a galactic cloud. The Omega radiation comes from the Sun.

This was written before the edit to the question. The extra information in the edit makes it look less like this is the correct book.

This could possibly be Poul Anderson's early novel Brain Wave from 1953.

In the book's distant past, the Solar System passed into a region of space that inhibited all conductors, including the brain's neural connectors. This caused the Cretaceous–Paleogene extinction event some 66 million years ago, when the dinosaurs and many other species suddenly died out. (The asteroid imnpact theory only gained strength later). In the beginning of the book, the Solar System passes out of this 'slow' region, and all living beings become much more intelligent.

Mankind quickly overcomes a lot of problems and begin exploring space with FTL spaceships, without the need for navigational computers. The money economy and centralised government are dispensed with. Not everybody sees this high intelligence as a boon, though. Some go mad, while others create anti-science religions, and a few even operate on themselves to reduce their intelligence. At the end, most people leave the Earth for space, leaving behind only now-intelligent animals and some humans that used to have sub-par intelligence.

I don't remember the shower scene you describe, but it has been literally decades since I read the book. 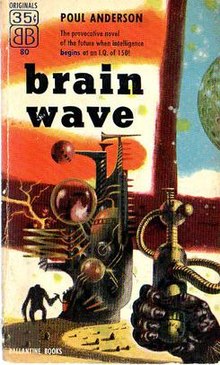 8
Book about boy who suddenly attains powers, goes to school for kids with powers
4
I'm looking for a book about 5 kids with powers?
8
Book about mind-to-mind jumpers
8
Book series about these teenagers with special powers and every book changed main characters
6
Space Opera book with a female lead character that has immense mind powers. Written around 2017 -2019