I was recently looking at some early McQuarrie concept art (and my 30th anniversary action figures based on them) commissioned for George Lucas' second draft, which would eventually become A New Hope.

It occurred to me that both concepts for Han Solo & Starkiller Hero featured a great deal of purple aesthetics in their overall look or clothing.

It also occurred to me that there really isn't a lot of purple aesthetic in Star Wars as it currently stands on film today with a few instances, such as a lightsaber color or Sabine Wren's helmet (and sometimes hair has purple highlights), along with two characters that sport a lot of purple, such as Admiral Holdo & bounty hunter Zam Wesell. 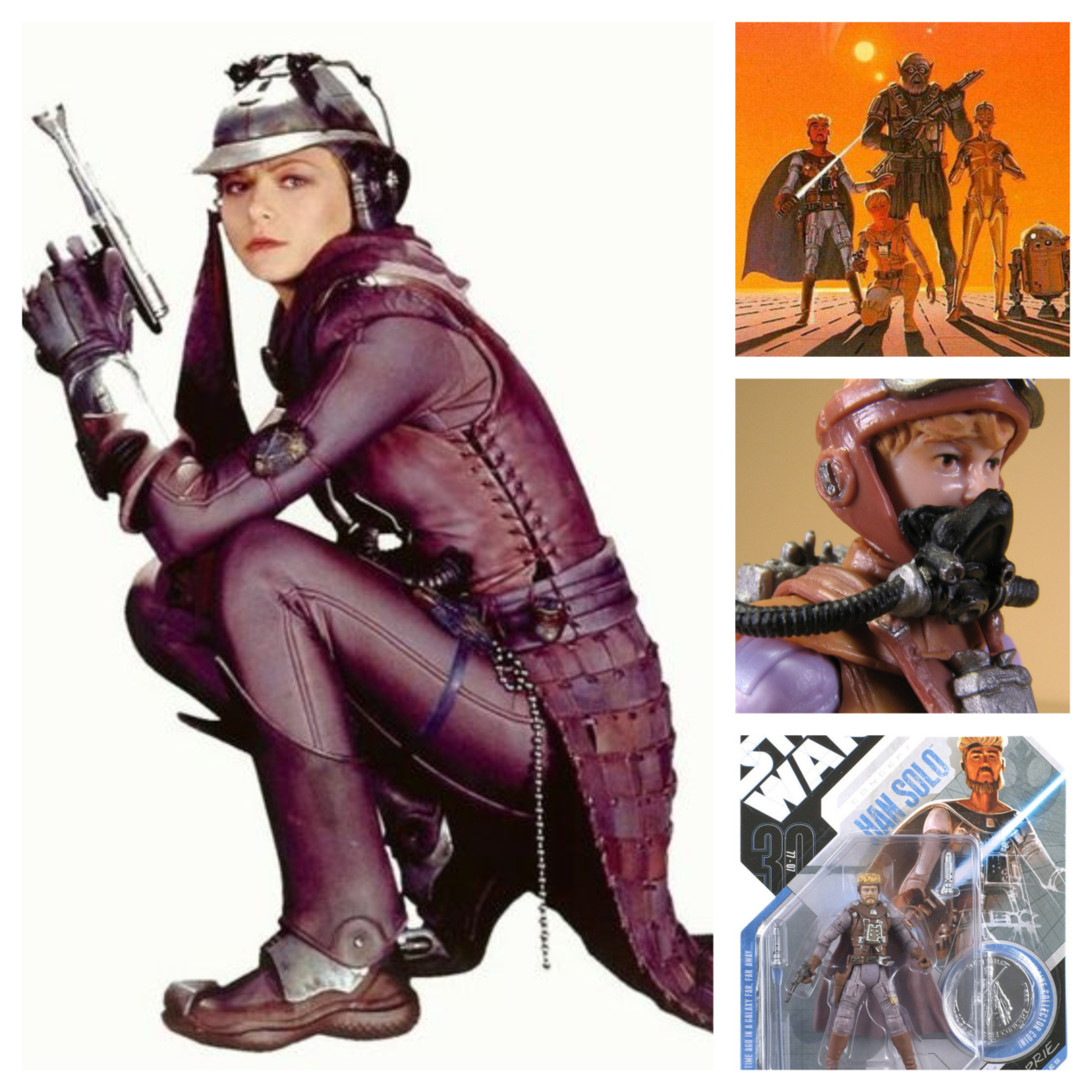 Zam Wesell's appearance, which comes off as more action-ready, reminds me then a great deal of both Han Solo & Starkiller Hero as they once appeared in concept and therefor I was wondering, is Zam Wesell inspired by these two early concepts from artist Ralph McQuarrie?

If a resemblance between McQuarrie's Starkiller concept art and Wesell attire occurred, it looks like it was fortuitous.

Not the answer you're looking for? Browse other questions tagged star-wars inspiration reference or ask your own question.

13
C3P0 calls Han Solo "Captain Turner"
29
Why hadn't Han Solo paid Jabba?
110
Why was Han Solo on Tatooine?
47
What type of Captain is Han Solo?
19
Han Solo "Dusting Crops"
4
Any official evidence that Rey is based on early "Star Wars" concept art?
5
Does Han Solo have twins?
1
Why didn't General Leia go with Han Solo to Starkiller Base?
13
What was this Ralph McQuarrie's concept art about?