How can a Pokémon run out of the properties of their type?

"It's over. Raichu ran out of electricity."

In the Pokémon anime, as in the Pokémon games, there is not what you would call a high degree of internal consistency regarding the "physics" of the powers wielded by Pokémon. Laws of thermodynamics and conservation of mass are not rigorously applied. That being said, there is a common-sensical logic to the world, followed or ignored to whatever extent serves the story or game mechanics.

The fire on the tip of its tail is a measure of its life. If healthy, its tail burns intensely.

In HeartGold, the Dex says:

The flame on its tail shows the strength of its life force. If it is weak, the flame also burns weakly.

From the time it is born, a flame burns at the tip of its tail. Its life would end if the flame were to go out.

Charmander's fire-generating ability is (at least partially) interdependent with its health. Its affiliation with the Fire type doesn't guarantee unlimited fire-production ability.

In the mechanics of the games, Pokémon's ability to use their various powers is expressed as a resource, "Power Points" (almost always referred to as PP). Each time a move is used, its PP goes down; when the PP of a move reaches 0, it can't be used again until the player takes steps to refresh the Pokémon. If all a Pokémon's moved are reduced to 0 PP, it can only use the self-damaging Struggle attack.

The climactic battle in "Electric Shock Showdown" seems to follow roughly the same lines: Lt. Surge's Raichu eventually "runs out of PP" for its Electric-type Thunderbolt attack, leaving it vulnerable to Ash's Pikachu. This kind of "war of attrition" strategy is only feasible because, in the anime as well as in the games, a Pokémon's elemental power is not an inexhaustible resource.

In the anime we see that Pokemon can run out of their "type" if they overuse it. We see at least one other example of this in Volcanion And The Mechanical Marvel when Volcanion runs out of water.

Volcanion: Explosions are my speciality

Ash: Hold on, you're out of water. Part of the fortress runs on steam, so it has water tanks 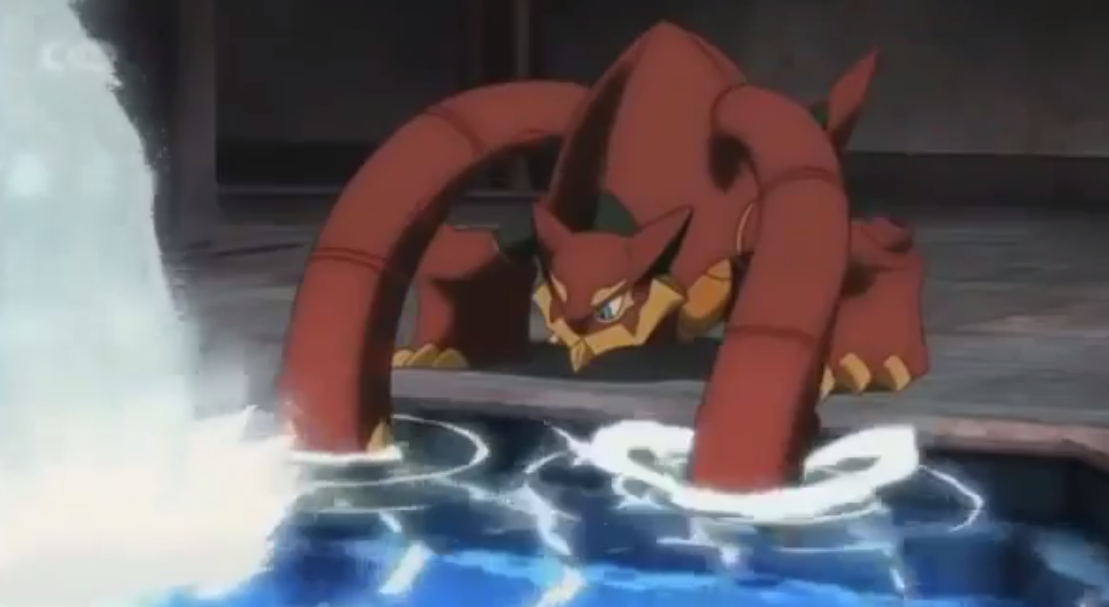 And in Hocus Pokemon Weezing attacks Pikachu with a sludge-attack move for about a minute. It runs out of sludge before Pikachu runs out of electricity and is defeated

Meowth: It's run out of sludge! 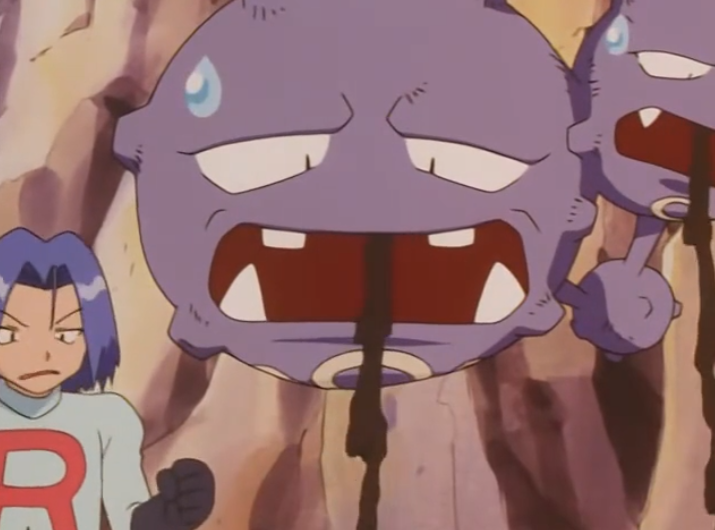 8
Why can Pokémon learn moves that are outside their type?
8
How would a Pokéball know that it needs to be transferred to Oak?
63
How can every Cubone be wearing its dead mothers' skull?
5
Since Brock's mother had died, who was the woman who claimed to be his mother later on?
6
How do Pokemon trainers collect their winnings?
11
What was the first appearance of a sword-wielding canine?
12
How common is Pokemon training in the Pokemon Universe?
3
Do Pokémon trainers develop some kind of limited resistance to their Pokémon's abilities?
0
How can a Pokémon not know how to use attacks of its own type?